I'm using iOS 10. Is there a way to rearrange the order of iMessage apps as they appear when you tap the App Store icon in Messages? Thanks in advance!

Rearranging the apps in the grid doesn't affect the order that they show up when you're swiping side to side between iMessage apps. My guess is that Apple expected people to largely use the app draw to select the iMessage apps they want to use, with the horizontal scrolling view functioning more like the app switcher for the phone, with the most recently used app appearing first. 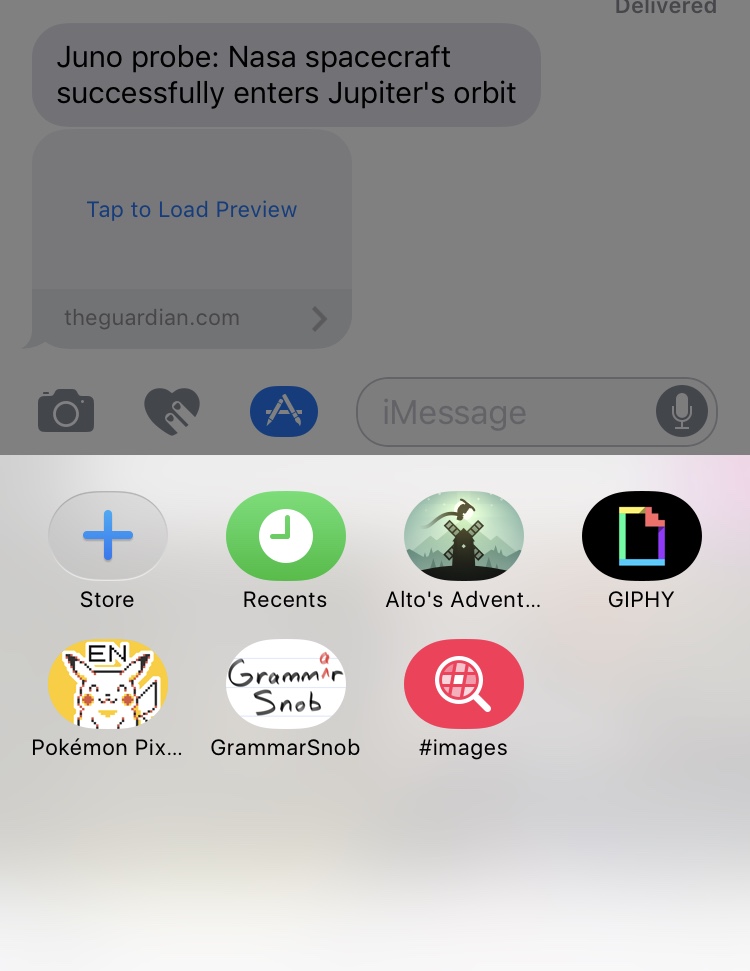 It's not very intuitive, but I guess they're going for Snapchat levels of UI confusion.

Not the answer you're looking for? Browse other questions tagged ios messages .

76
How does iMessage know that the recipient is an iOS 5 device?
2
iMessage Weird Behavior
10
The phone number “is not registered with iMessage”
2
Weird iMessage behavior on Yosemite
0
Friend with Android phone and Mac computer defaults to iMessage in Messages
2
iOS 10 iMessage app content not showing
2
iMessage displaying conversation threads out of order on iPhone
3
iMessage off and on on computer