Random contacts not syncing with Google

I have my iphone set up to sync contacts with Google. It works fine, for the most part. However, there are some contact cards that are not synced. I can find no rhyme or reason to why these are not synced yet others are.

Go to Settings > Mail, Contacts, Calendars and check if your Google account is set as the default for contacts: 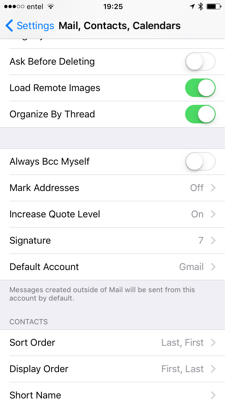 For local contacts (not on Google) an option would be to export them from your phone, send them to yourself via mail, and import them to your Google account, as it appears that you cannot change a contact from one group / account to another directly on iOS.

I figured it out!

After adding the Google account to my iPhone, some contacts that show up at https://contacts.google.com/ did NOT show up in my iPhone contacts :( 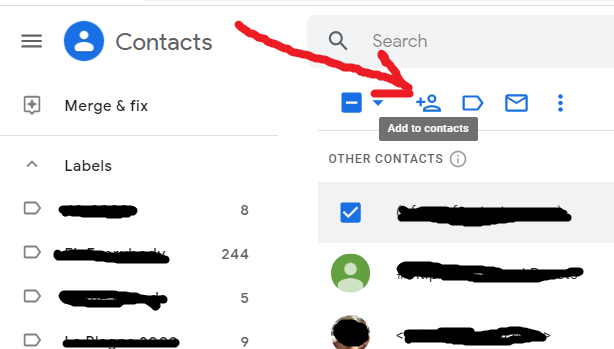 The investigation steps I took:

This is how google describes these other contacts:

People you’ve interacted with in Google products, as well as any contacts you’ve hidden from your list. These contacts appear as autocomplete suggestions to help you communicate and share. Go to your Google Account to control how these contacts are saved.

How Google should fix it on their back end

Google should probably convert every single "Other contact" that has a phone number to real contacts.

A favorite or star should always be in the contacts. And perhaps the concept of "other contacts" should be higher up in the menu at contacts.google.com and not the bottom left most. At least if the amount of "other contacts" was mentioned somewhere, I could have figured this problem out without spelunking.

I suspect the "original sin" bug might have been that contacts added by some older apps did not do whatever google contacts expected them to do. So real contacts accidentally ended up in the "Other contacts" bin by mistake. My original phone was a Galaxy S II, so perhaps the Samsung contacts app had this issue.

Not the answer you're looking for? Browse other questions tagged ios data-synchronization google .