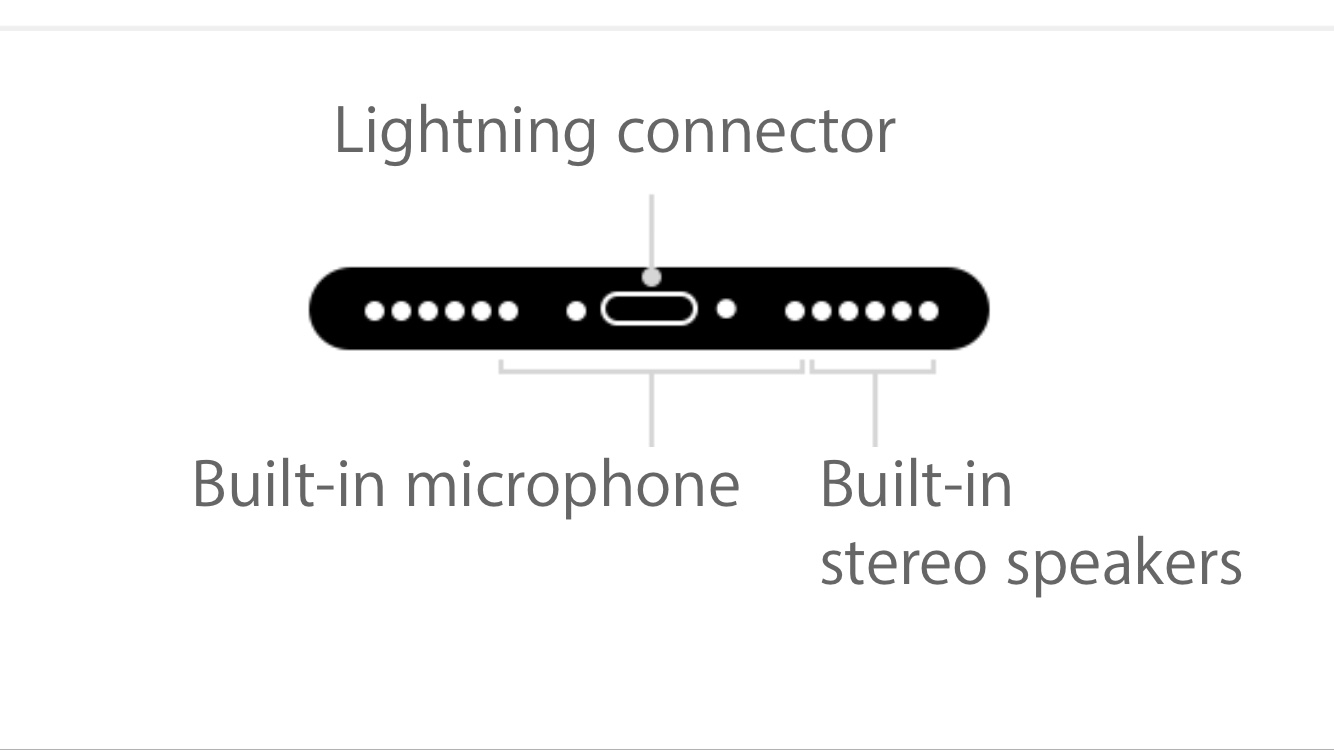 This is somewhat confusing, because it means the left grill only exists for cosmetic purposes. Also, why would they put microphone and speaker so close?

Are my assumptions true? Is there only one microphone or two? Are there also speakers in the left grill, or only in the right?

The iPhone 7 has four microphones (and yes, that grille is there strictly for symmetry):

All 4 microphones are used for active noise cancellation (reducing ambient sounds) and beamforming (detecting the location of the sound source), with one being picked as the most appropriate for recording (depending on closeness to the sound source, and on clarity). For instance, while shooting video, the rear microphone would usually be picked. Since iOS 10, you can record videos in stereo, so two microphones are picked in those cases.

Do note that all 4 microphones are always listening for “Hey Siri” functionality. You can test this simply by holding up any of the microphones to your mouth and whispering “Hey Siri.” No matter which microphone you whisper into, Siri will trigger. Whisper away from them, and Siri won’t come up. iOS picks the best microphone at any given time.

Finally, the microphone located by the speaker grille may be used to cancel out noise from the speakers while sound is playing, just as the one inside the earpiece does for voice coming in (and now also for sound playing on an iPhone 7). And of course, sound isn’t constantly playing through your speaker, so in most instances it can simply be used for regular noise cancellation and beamforming.

Since Apple has a tendency to remove technical specs for iPhones it no longer sells, here’s a screenshot of the iPhone 6s’s bottom dual-microphone setup, for posterity:

PS: On iPhone 4 and 4s, the second microphone is also located at the top rather than by the rear-facing camera.

iPhone 6s also included the microphone in the first bore of the right speaker grill (unlike iPhone 6). It's probably a noise cancellation feature and will have the same function in iPhone 7. Your comment on oscillation problems are valid, and it's highly unlikely that Apple would use a mic so close to the speaker if it would include any function other than some error sampling / noise cancellation.

Not the answer you're looking for? Browse other questions tagged iphone audio microphone speakers .

1
How does (stereo) sound work with Thunderbolt displays?
0
Use a USB sound card with multiple input lines in apps like Skype or Dictation?
1
Can I connect a microphone to a retina 5k iMac?
1
iPhone X Bottom Speakers Not Working?
1
How record line in audio on iPhone with lightning jack?
0
3.5mm stereo audio to AirPods via iPhone?