Is Mac a computer or an operating system?

I encountered this question when taking Apple's online survey:

My question is: What does the "A Mac user" mean here? Someone using OS X or someone using a MacBook? 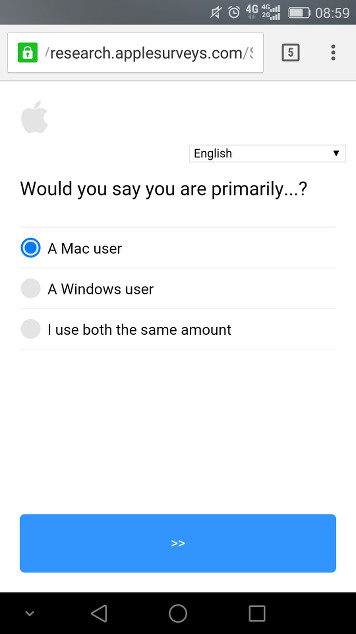 Mac is the brand of computers (specifically, the hardware) made by Apple. The Macs on sale today are the MacBook, MacBook Pro, MacBook Air, iMac, Mac Pro, and Mac Mini.

You can also use an anology to sum it up: Mac is to PC, as macOS (previously OS X) is to Windows.

TL;DR: The first line of Wikipedia's entry on macOS pretty much sums it up:

macOS is a series of graphical user interface–based operating systems developed by Apple Inc. for their Mac line of computer systems.

Given the context it's pretty obvious to me that it's referring to the operating system.

You wouldn't see a question like "Do you consider yourself a car driver or a coffee drinker?"

The option of "Windows" clearly binds the question as one of operating systems.

While I've not done any research here, I'd be immensely surprised if it wasn't the case that the vast majority of people who use Mac operating systems are also on Mac hardware. So any situation where the clarification is needed can be considered an irrelevant edge case for the purposes of the survey. Such cases are suitably accounted for by the last option.

For the canonical / proper definition of Mac, I would defer to the vendor: http://www.apple.com/legal/intellectual-property/trademark/appletmlist.html

It's both. Mac computers (also known as Macintoshes) run macOS.

Non-Mac computers cannot run macOS (at least not legally), so there is essentially no difference between being a Mac user and being a macOS user. Macs can run other operating systems (including Windows), but someone using a Mac primarily for Windows is quite unusual.