When I opened xcode and tried to make a macosx app, this weird message came up.

Is this a glitch or a virus, as Apple wouldn't say something like this. It does not look like a system message. 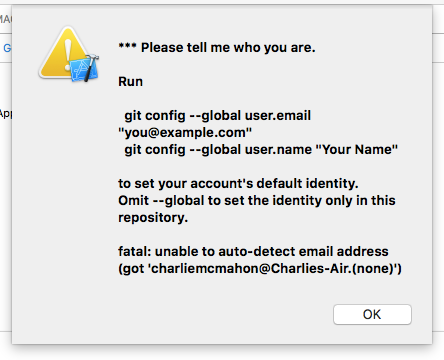 It seems that your name and email address are not set up properly in Git. Go to Xcode Preferences and then Accounts, select the repository, and check the username.

You can also do this via the command line:

Although the correct answer has been given above, that the message is by no means a virus, a more general explanation is due:

Xcode is a git client. It maintains git repositories for its projects, is able to create and manage them, and provides nice UI for many day-to-day git tasks.

Usually, when you setup Xcode, you create one or more "accounts" within Xcode, used to identify you against the App-Store and other entities, so that Xcode can save you lots of tedious mucking about setting up trusts, certificates, etc. when developing for iOS and Mac.

When you do that --- Xcode will also auto-config git for you, automatically creating the .gitconfig file, with Name, e-mail and the rest.

However, if you refrain from creating an initial account, and create a Mac project right away - your git setup is incomplete, and git itself will produce the dialog depicted in the question.

You can either simply configure .git as usual, providing it the basic info it needs, OR go back and add an Xcode account (in Xcode preferences) and let Xcode complete the git settings for you.

If git config --global user.email/name does not help, check your Xcode preferences: 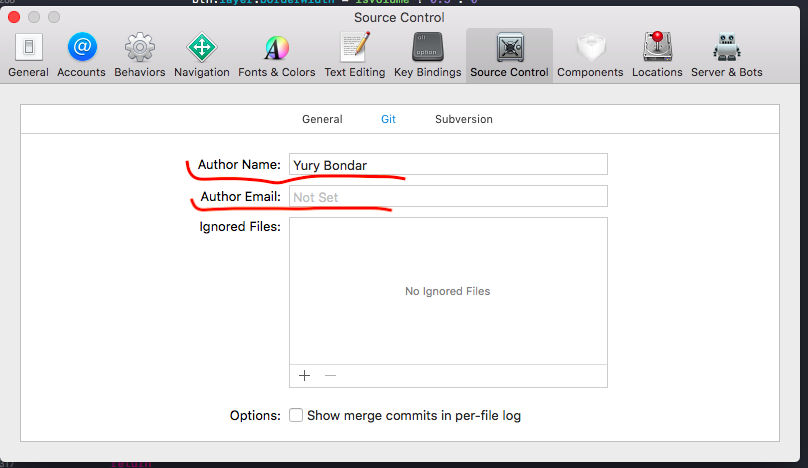 When you are done configuring git with 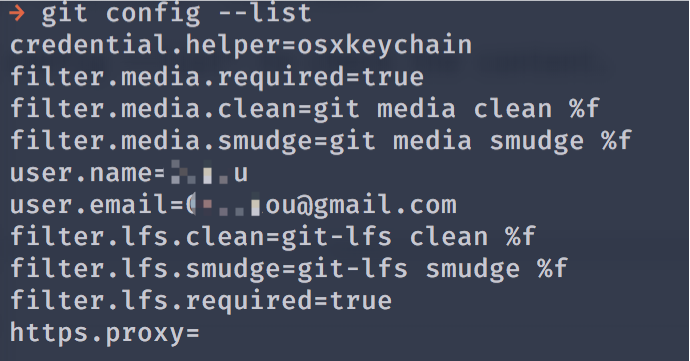 Not the answer you're looking for? Browse other questions tagged xcode git virus .

14
How do I rename a file in git that differs by case only?
0
Xcode update for 10.6.8
0
Is my installation of Xcode correct?
4
Xcode 5.1.1 update error persists
17
git is broken: "Agreeing to the Xcode/iOS license requires admin privileges, please re-run as root via sudo"
4
compile error: <atomic> is not implemented
0
Error reading /Applications/Xcode. The file doesn’t exist
0
iPad mini virus? iOS 10.1 what to do?