Can I disable wifi on boot? System not booting

That is, are there nvram boot-args to disable wifi or a startup key sequence that does? Safe mode is said to PARTIALLY disable Wi-Fi on some Macs.

I googled and couldn't find an answer.

Haven't managed finding/searching the source code because that's hard to do from ths iPhone. My Mac is not booting normally... Even in safe mode. (Diagnostic running now. ) I'm getting an error about AWDL mode suspending and I recently enabled AirDrop and so I want to see if I can boot if I completely disable Wi-Fi.

With the MacBook Pro shutdown, I then started it in single-user mode.

Start up in single-user mode or verbose mode

Use these steps to start up your Mac in single-user mode or verbose mode:

Once the filesystem has been checked and you've mounted the / volume as writable, use the following command to disable the Wi-Fi network service, which will turn off the power to the Wi-Fi network adapter when rebooted into normal mode.

In Terminal, use the following command:

You'll be prompted for your password, as shown in the image below. 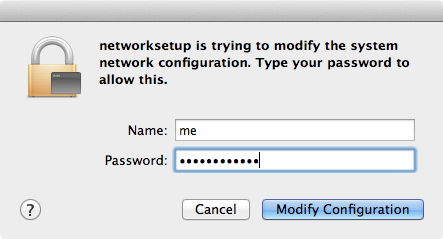 Note: While in single-user mode, if your wireless network service is not named "Wi-Fi" then use the following command to determine what network services you have.

On my system, after using networksetup -setnetworkserviceenabled Wi-Fi off the output was:

So, "Wi-Fi" was the right choice for me.

Note: I do not have FileVault enabled and if you do, you may have additional steps to take to access single-user mode.

Yes, there is a workaround.
I have a faulty wifi card and it is stopping my system from booting.
By inserting a non-bootable CD and holding 'c' while powering on the system, I'm able to boot from a USB drive after the CD boot fails.

Not the answer you're looking for? Browse other questions tagged macos wifi boot .

5
Panic on boot, need to use single user mode (was: need to rebuild kext cache)
3
Old Mac OS X, cannot get admin access, boot safe or single-user mode, nor reinstall
0
Stop sign when booting from internal ssd, boot goes fine if the ssd is in external case
1
Macbook gets stuck on Grey Screen, won't boot normally
2
Why is there no 'Recovery HD' listed when holding 'option' on startup, however, 'Recovery HD' is shown in terminal with 'diskutil list' command?
1
Everything fail on mac mini 2009
1
2013 Macbook Air can't get past grey screen
2
Late 2010 iMac getting quarter way in booting then turning off