According to this list my tricked out mac pro won't run Sierra. Tricked out with 20gig of memory a big SSD and lots of HDD. Sad. 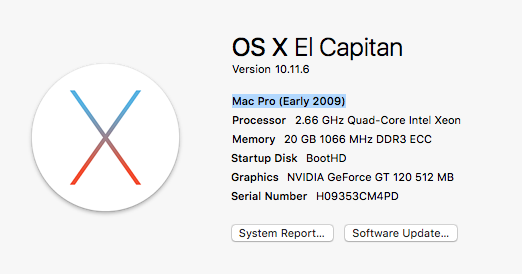 Historically how has Apple enforced this? And has there been a way to defeat it? Or is there an actual hardware reason as far as anyone knows?

Apparently, the Sierra installer only looks for the 5,1 firmware, not the 2009 tag.

The thing about the 4,1 & 5,1 is they are so similar, it's possible to turn one into the other with a simple firmware update.

I have never personally done this, mine was bought already upgraded. The original hack is at http://forum.netkas.org/index.php/topic,852.msg5004.html#msg5004 Which links to a user-made utility to allow this to be changed in both directions, 4,1 to 5,1 & back again. It apparently uses the official Apple Firmware updater as part of the process.
You can pre-empt the download by fetching the 5,1 firmware first, directly from Apple

There are 69 pages of comments... which, honestly, I haven't read. Early theories were that this would allow the machine to use Westmere CPUs - which is now known to be true.

From page 68, this is apparently the process for El Capitan...

Just to prove it does work, screenshots from my own machine, originally, I think, a Nehalem 4-core, now a Westmere dual 6-core 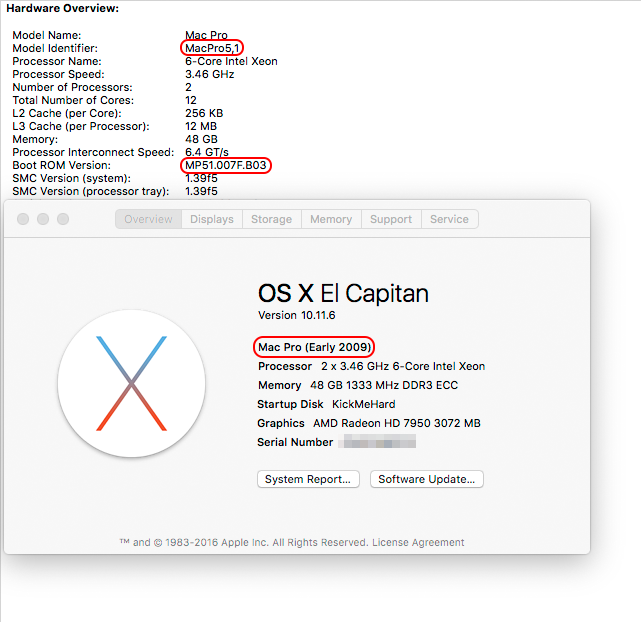 From Apple KB: About EFI and SMC firmware updates for Intel-based Mac computers 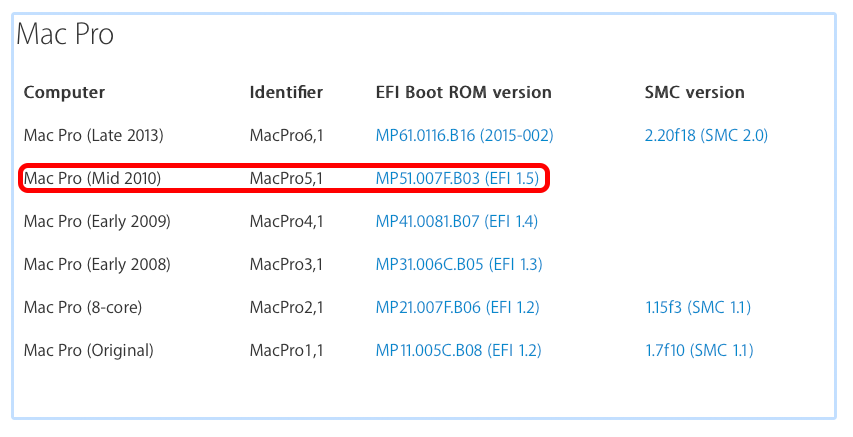 And a comfirmation image from the netkas thread... 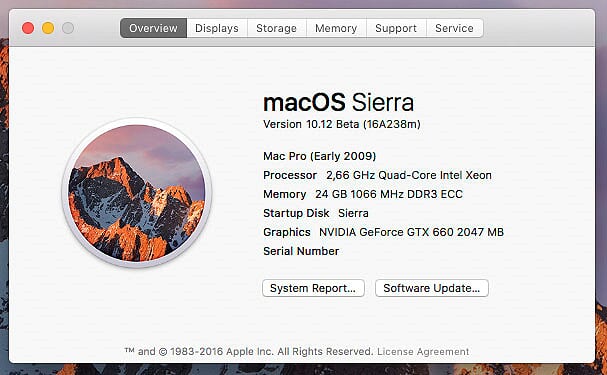 I believe your original GT120 video card will also be a problem as that is not supported (need something that will work with the new Metal API). I briefly got my upgrade 4,1 (now 5,1) Mac Pro to work but ran into some boot issues and found it easier to roll back that diagnose them at this time.

2
Is the performance of Lion + SSD + Filevault2 good enough for a system primarily used for application developemnt?
0
2nd SSD as main boot disk, what do I do with old filesystem?
0
Macbook Pro Early 2011 SSD very slow when in main hardrive bay but very good via USB
1
Wifi hardware undetected after installing MacOS Sierra
2
Can HD from 2011 mini work as is in 2012 mini?
0
How to boot into High Sierra from Windows without holding the alt key?
2
Is High Sierra Activity Monitor accurate on a a MacBook Pro from 2013?
3
Will a virtualised copy of Mountain Lion on recent hardware run the Adobe CS5 Suite with comparable performance to an Early 2009 iMac?