How can Disk Drill say it has recovered 2.4 TB of files when the HDD is only 2 TB?

I had a serious failure on a 2TB external HDD this week. Yosemite says the drive is "not readable by this computer."

Oh well, it happens to all HDDs sooner or later.

Even though the contents could be re-downloaded from the internet, I decided to run Disk Drill to see how much I could recover.

What seems strange to me is that Disk Drill says it has "reconstructed" 2.4 TB of files.

While the HDD only has 2 TB capacity.

I'm simply curious, how is this technically possible? How can DD have reconstructed more data than could possibly have been stored on the drive? I don't require a solution to any technical problem. I'm just curious about the technical details behind this.

It looks like Disk Drill has found the same files multiple times. For example, here the program says it has found four individual .iso files of 6.36 GB. In reality, the original medium only had one such file. 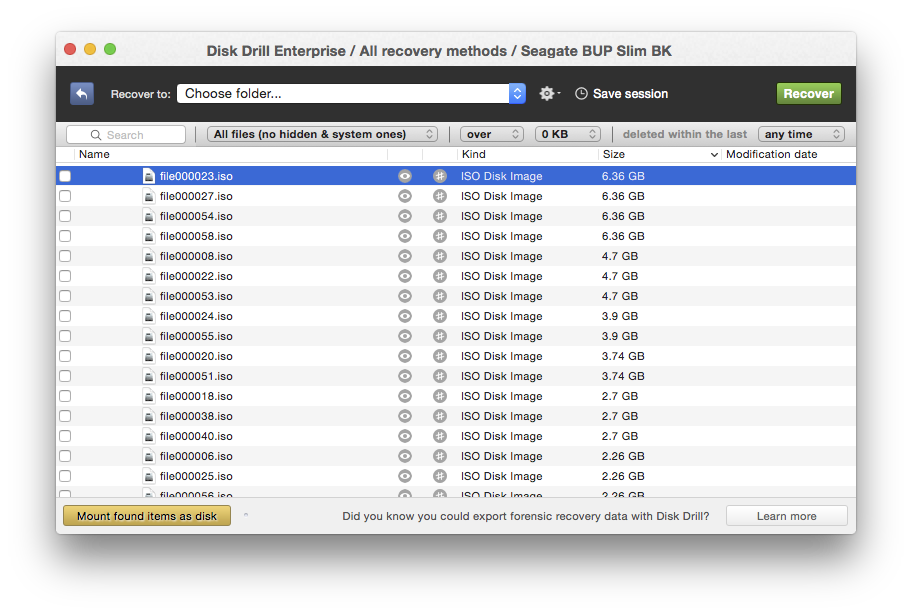 This would explain why the total size is several times as large as the original amount of data.

Not the answer you're looking for? Browse other questions tagged macos hard-drive data-recovery hfs+ .

9
fsck and Disk Utility won't repair Volume: invalid b-tree node size
0
Reformat / resize an external hard drive removed from a NAS
3
How to restore a deleted HFS+ partition table?
1
Why is a hard drive not readable anymore after removing it from the Mac?
0
Unmountable HDD - Can I save the data?
1
Slow speeds when moving data to an encrypted image. Method for speeding it up?
0
broken partition table after formatting drive with apple file system (apfs)
1
iMac 27 How to restore a SSD made invisible after formatting a fusion drive from APFS to HFS+
2
Shrinking a Core Storage volume without the booter partition
1
10.13 to Big Sur - HDD APFS System volume and HFS+ User Space