In the last week I started seeing a serious issue with the display on my Macbook Pro (Early 2011, El Capitan) where the screen has gone "crazy". I didn't apply any updates just prior to the issue, so I can only assume that something has changed for the worst. The screen issues manifest themselves in several different ways: 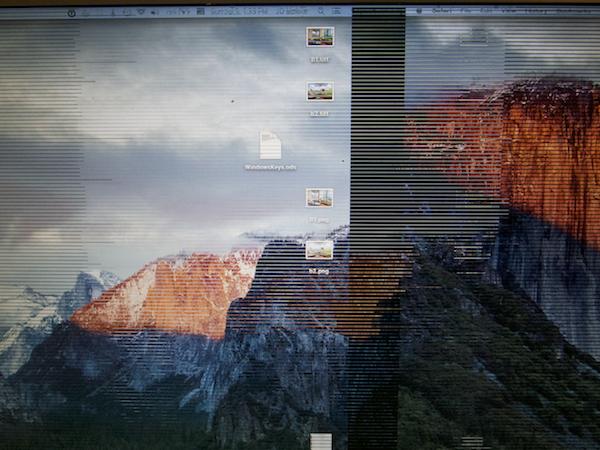 There have been different triggers for this behavior such as

Sometimes (if I am lucky) I can still see a mouse pointer and shutting down safari clears the issue. At other times I am forced to power off blindly and at those times it can take 2 or 3 hard reboots to clear the issue an get to a working login screen.

I would love this to be a purely software issue that I can fix by reloading El Capitan, but I am afraid the problem will be related to this question

It turns out that there is a known issue with early 2011 Macbook Pro's displays and that Apple is going to replace the logic board for free. This is outside of Apple Care.

This program will end sometime in the future (I did see 4 years after date of purchase mentioned on the Apple site), but even if you don't qualify for a fee replacement the cost of replacing the logic board is only in the order of $USD300 - a lot cheaper than a replacement laptop!

Just got an email from Apple containing in part:

This is kind of related to macbook pro refuses to boot recover hangs at white screen and question and MacBook Pro will not boot, begins to load then hangs with white screen

Its hardware related. Logic board needs to be replaced

Not the answer you're looking for? Browse other questions tagged macbook-pro display crash .

3
Display Issues for Early 2011 Macbook Pro
23
How to disable discrete graphics card and use only integrated graphics MacBook Pro Early 2011?
1
MacBook Pro retina, hardware repair - advice
0
Battery replacement on MacBook Pro 13" Early 2011 considerations
0
How to get MacBook Pro(early 2011,13 inches) logic board schematic?
0
Is there any way to expedite a MBP 2011 discrete GPU failure
3
How can I upgrade my GPU for my early 2011 17" MacBook Pro to run Mojave?