I installed Ubuntu under Virtualbox in MacBook Pro with OS X El Capitan. 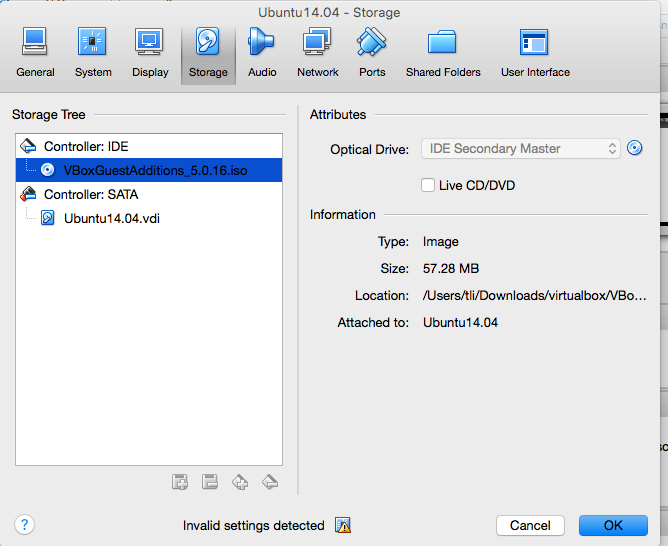 But after restarting the guest Ubuntu and virtualbox maybe abnormally or maybe not (I forgot), the content of the shared directory became empty in the guest Ubuntu. To solve the problem, I tried to reinstall the Guest Addition, by clicking Devices -> Insert Guest Addition CD Image, but got the following error:

Unable to insert the virtual optical disk /Applications/VirtualBox.app/Contents/MacOS/VBoxGuestAdditions.iso into the machine Ubuntu14.04.

Would you like to try to force insertion of this disk? 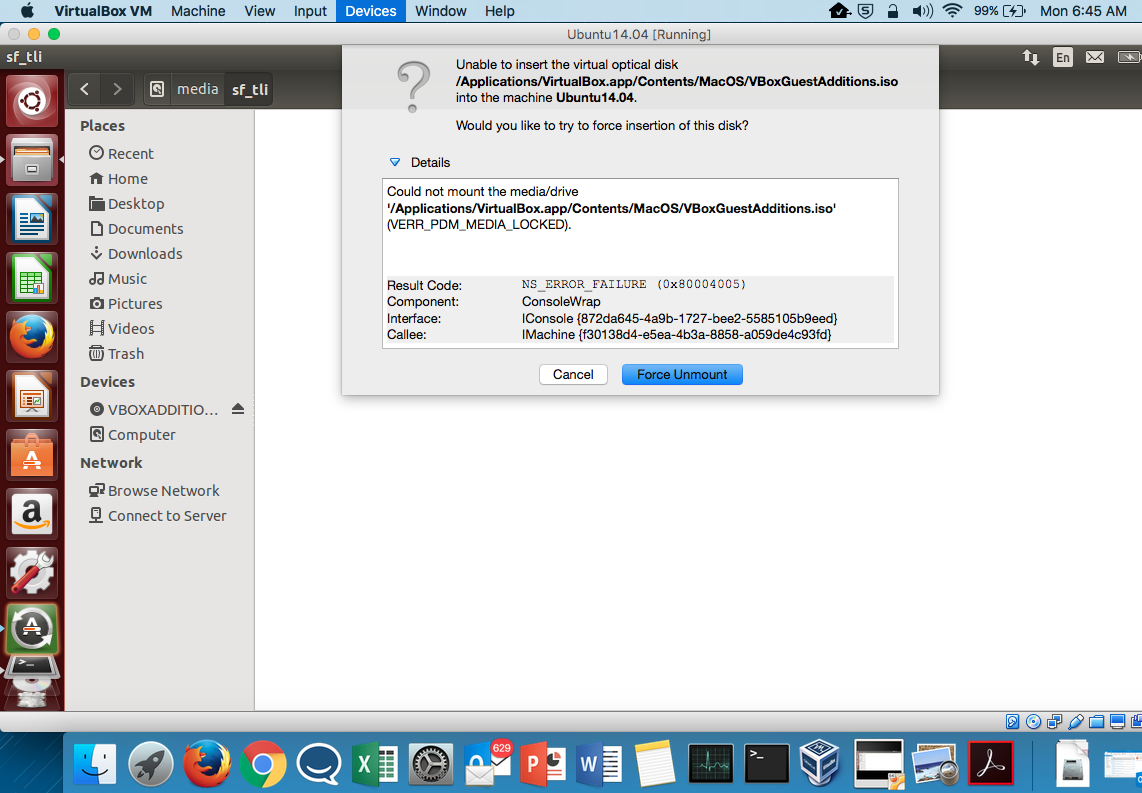 I feel it strange to look for the Guest Addition under /Applications/VirtualBox.app/Contents/MacOS/VBoxGuestAdditions.iso of my OS X, rather than /Users/tli/Downloads/virtualbox/VBoxGuestAdditions_5.0.16.iso which I specified earlier.

By the way, my user account under the guest Ubuntu is a member of group vboxsf.

What shall I do to make the shared directory work under the Guest Ubuntu?

Not the answer you're looking for? Browse other questions tagged macos unix virtualbox .

1
Symlinked Movies and Downloads. Restore icons?
9
VirtualBox Ubuntu shared folder is empty
1
Are the keystrokes under guest Ubuntu via Virtualbox supposed to be the same in a Ubuntu?
0
Why does pressing the left command key sometimes trigger a window from Virtualbox
7
Access VirtualBox shared folders in Yosemite
0
Attempts to install Windows 8.1 onto an Early 2011 MBP are failing
0
How to improve the performance of a Ubuntu Virtual Machine running in VirtualBox?
0
Cannot use FaceTime HD Camera on VirtualBox Ubuntu 18.04 guest OS