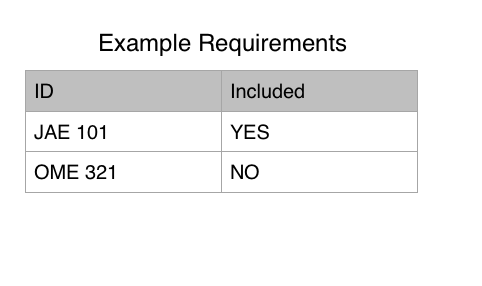 Note the YES and NO. in the Included column in the Example Requirements table.

Unfortunately, the described scenario was a mockup; the YES and NO were placed manually by myself.

What formula do I put in the Included column of the Example Requirements table to reproduce such scenario?

This formula works where A3 is the cell which contains the search string and "Example Semester::A3:A4" is the range to search. 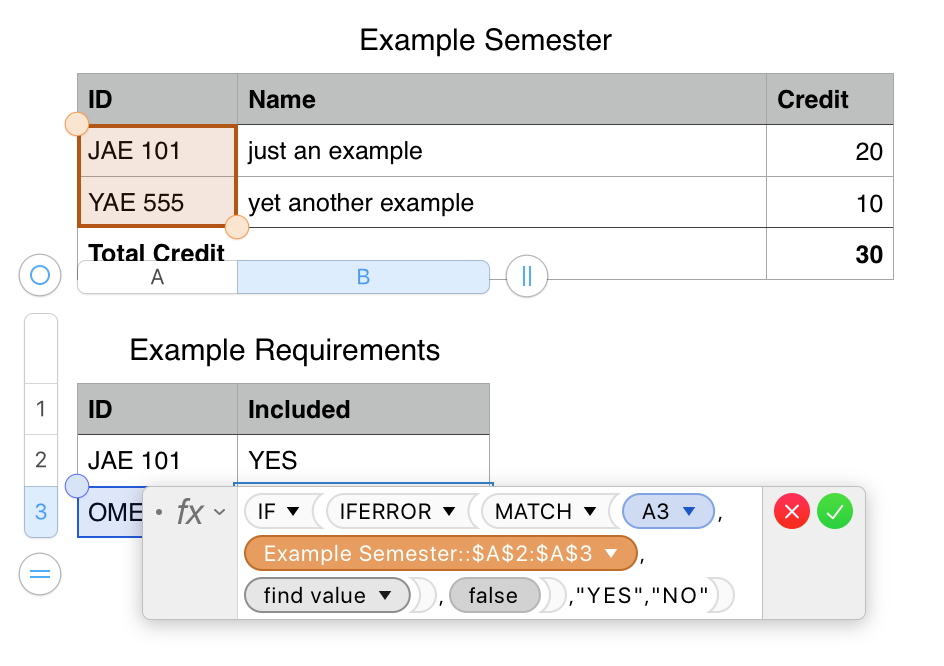 Not the answer you're looking for? Browse other questions tagged macos numbers iwork .

4
Numbers: How to change cell text conditionally?
4
How to get filename of image used as image fill in table cell?
0
Getting the First Cell NOT Containing Certain Text in Numbers
0
Counter formula that subtracts with each transaction
1
How to sort rows in Numbers without affecting the formula?