Are there any smart workarounds to disable autocorrect automatically -- or near automatic -- while using an external keyboard on iOS?

By default iOS provides no way to do this as seen here on the Apple forums.

Now in iOS 10 (or perhaps iOS 9) you can set this specifically for your Hardware Keyboard. This setting is ONLY available if you have the keyboard plugged in! Anyway, it's under Settings -> General -> Keyboard -> Hardware Keyboards 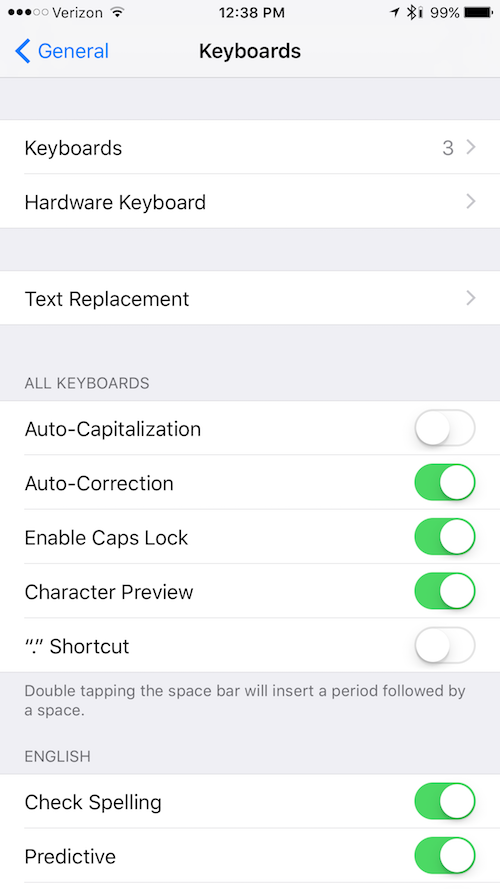 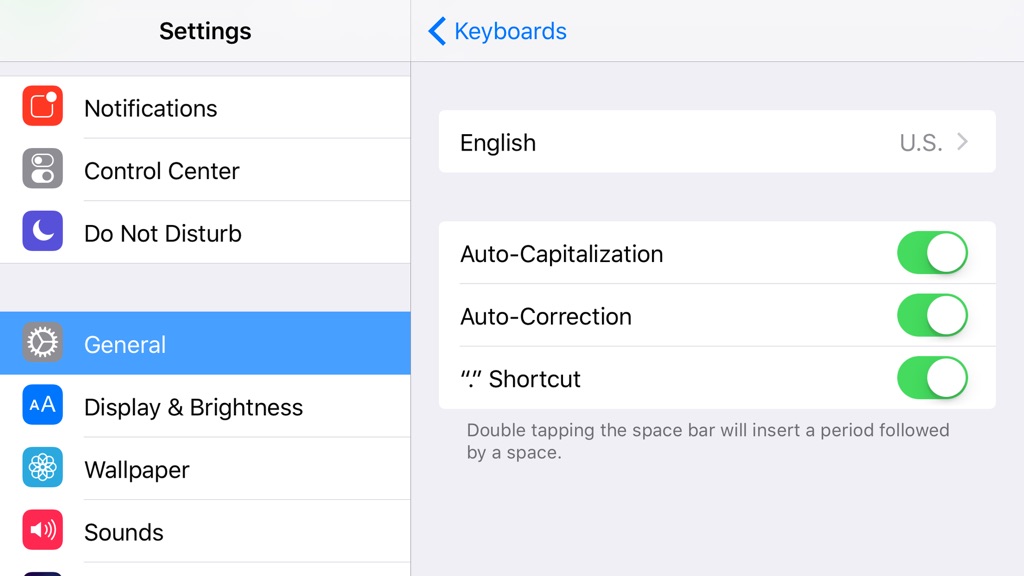 Not without a jailbreak. The system doesn't change settings based on the presence of an external keyboard.

I don't see a way for workflow or another automation app to script a change to that setting unless/until apple exposes that setting to Siri control. "Siri, turn off auto correct setting". On iOS 9 Siri knows that is a setting, but can't automate it.

Not the answer you're looking for? Browse other questions tagged ios keyboard bluetooth .