How can I change Finder's sidebar icons in OS X El Capitan?

Without using a 3rd-party application, how do I go about changing the icon in the sidebar for the Developer folder? When I click on "Get Info" for this icon it's showing the icon does have the hammer icon but it's not showing in El Capitan in the sidebar when I add it over there?

Does anyone have a solution or can refer me to an article that will provide me with some direct information on how to add/edit this? 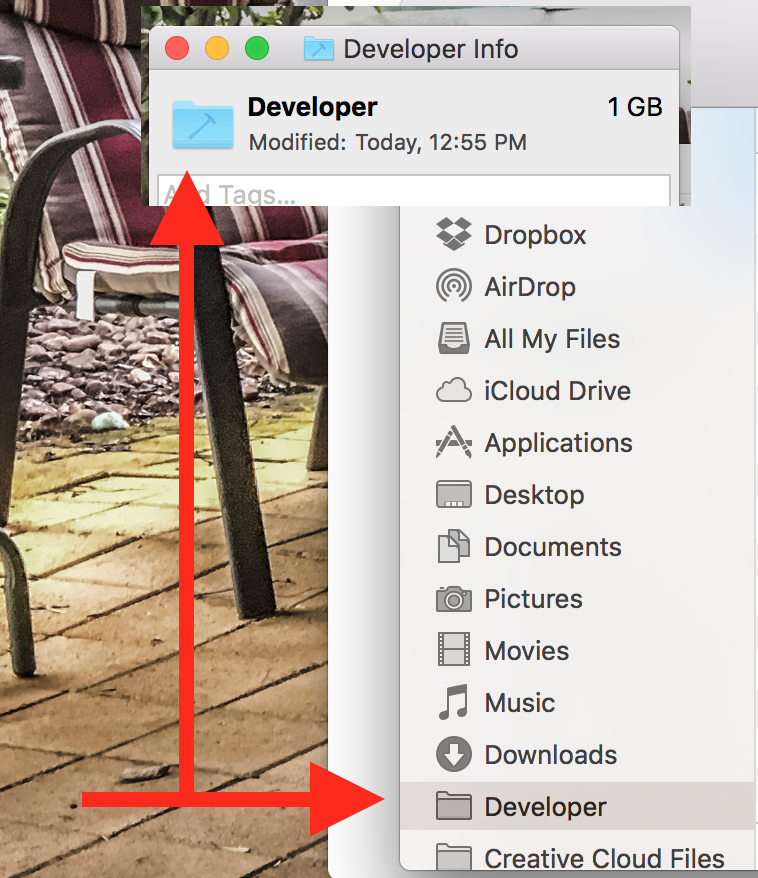 I found a SIMBL plugin that changes the icons on the sidebar to custom ones. By removing the icons from the configuration file, it doesn't replace any icons with custom ones, but only allows the icon of the folder itself to be displayed on the sidebar. Keep in mind that this will also change your home folder, All My Files folder and all other folders to display in colour.

Remember to use mySIMBL for the plugin to fully work: mySIMBL download

Disclaimer: The original plugin is made by W0lfschild and is open source. I do not own this file, I have only provided a version with pre-edited config files. Original version is on GitHub.

Only items you can activate from Finder > Preferences > Sidebar have custom sidebar icons. If you manually add folders, such as the Developer folder, to your sidebar favorites, they will show up with a generic sidebar icon, even if the folder has a custom Finder icon.

The only way to change this would be with hacks as described by e.g. Keyboard_Gamer's answer.

I'd love to be able to change the icons without an add-on. You get better visibility and much faster access.

Best thing I've managed to do for easy visibility is to add emoji to the names of the folders.

But of course you likely don't want to add emoji to the folders themselves. Instead you can put an alias to the folder in the sidebar, and have that alias contain the emoji.

I created ~/Library/Sidebar Aliases/ folder and dropped a number of aliases in there (Command-Option drag the folder). Then I renamed those to include whatever emoji icons I want to help visibility, and added those aliases to the sidebar.

Bonus: You can make the names themselves more descriptive. I've got a number of network folders in my sidebar and they all have the same name "Photos" for example.

Using an alias, I can have my smb://<server>.local/Collating/Photos/ folder appear in the sidebar as 📸 Collating Photos, without touching the actual folder name itself. 👍

Important Note: The only noticeable downside to this approach is that you can no longer drag and drop files into the sidebar aliases, as you can when there's an actual folder in the sidebar. Not a big issue for me, but worth noting.

In XtraFinder Preferences, check "Show colorful icons in the sidebar". A side effect is that this will make every icon colorful, maybe you like it.

Not the answer you're looking for? Browse other questions tagged finder macos icon .

15
How can I remove a folder that no longer exists from my Finder sidebar in Lion?
6
How can I change a smart folder's icon without changing the default icon?
1
Change the default Icons OS X 10.4.11 Tiger
5
Permission needed to change icons of native Apple apps
1
Empty favorites sidebar of third-party applications
1
How to hide sidebar preview (on the right) in Finder on El Capitan
1
How to reset file icons associated with default program on El Capitan
1
How to add Trash folder to Finder Sidebar in Mojave?