installing Snow Leopard in VirtualBox, but it won't complete the installation

I'm getting ready to upgrade my MacBook Pro from Snow Leopard to El Capitan, but I want to be able to keep running MT-Newswatcher, so I want to run SL in VirtualBox. I followed the directions at this site

and everything seemed to be going well through step 4. After it went through the SL Installer, I clicked on Restart. But then it shows a screen saying I need to restart again. I can't seem to get past this. 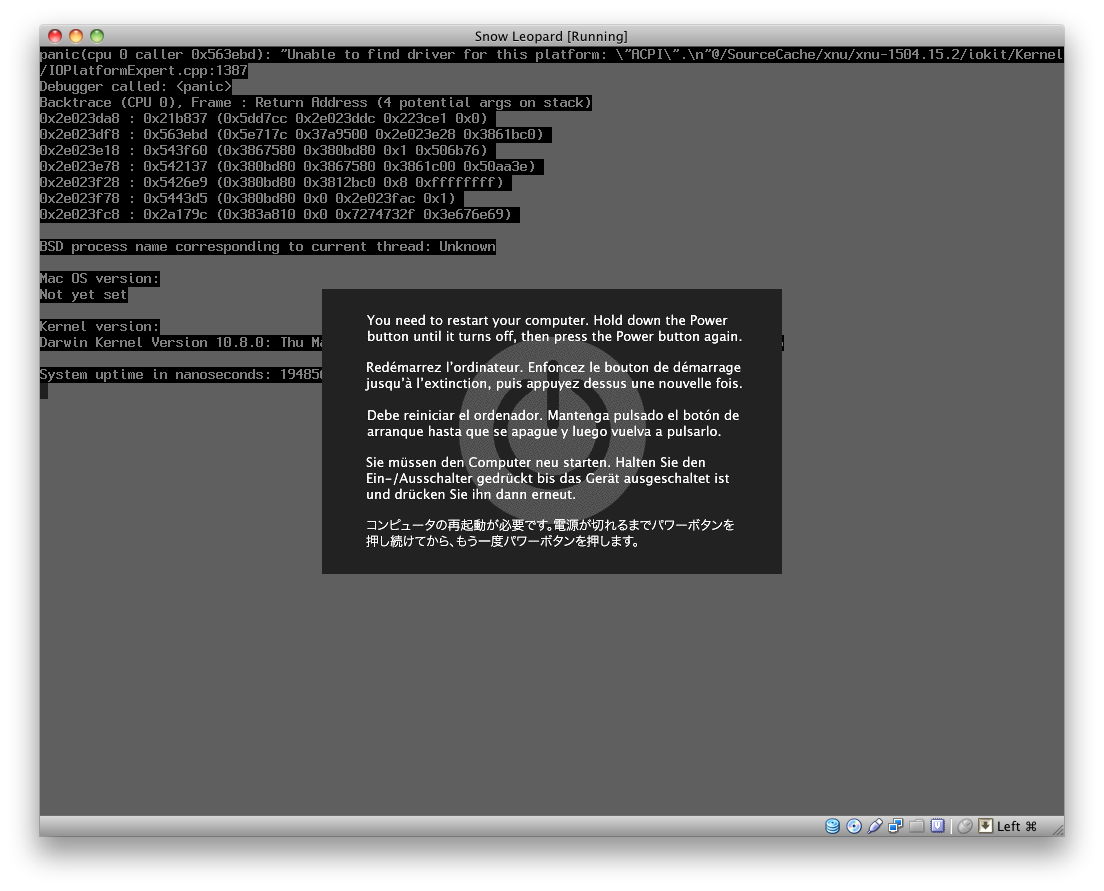 specifically the additional lines in ~/Library/VirtualBox/VirtualBox.xml

Now I don't get that screen, but when it tries to boot I get 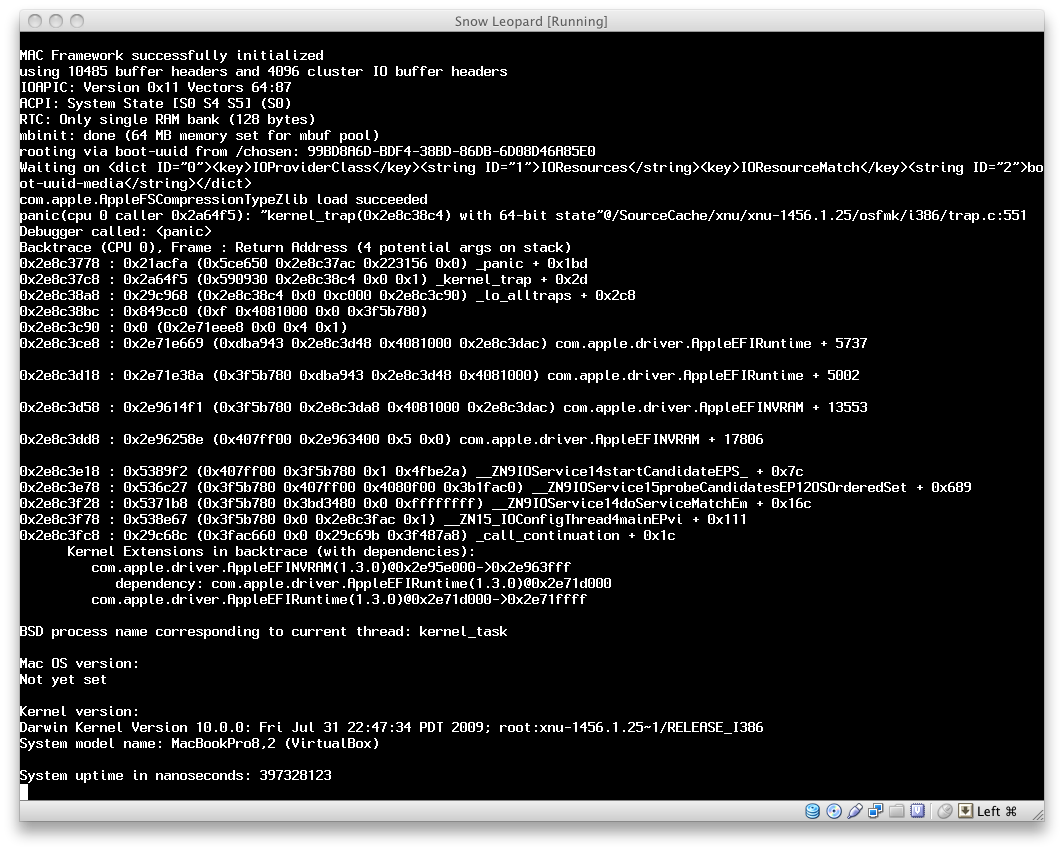 Could the problem be due to the version of VirtualBox? I was hoping to get the VM working before I upgraded my Mac, and the latest version of VB that runs on Snow Leopard is 4.2. When you're creating the VM, OS X Snow Leopard isn't listed in the Version menu, as I see in most of the web sites that show how to do this. So maybe I need to switch to El Capitan first, install VB 5.0, and install it again.

4
Is it still possible to purchase a license for Mac OS X 10.6 Snow Leopard Server from Apple?