How to stop kernel_task from constantly using over 400% CPU?

For the past few weeks, kernel_task has been using over 400% CPU and its virtual memory size has ballooned up to 68.97 GB. Even after restarting, kernel_task starts hammering the CPU right away. In addition to kernel_task, there is also another process high up in Activity Monitor’s list that is always running and is constantly using between 90% to 100% of the CPU:

I’ve tried quitting this process, but to no avail… the process just reopens using the same amount of CPU resources.

As noted by Apple here:

This would imply that kernel_task’s CPU usage will decrease once the process causing the CPU to overheat is stopped. Unfortunately, it was impossible to tell in Activity Monitor exactly what started the Python process owned by _devicemgr to begin with. Thankfully, someone else in this thread already did the detective work.

The steps I used to solve the problem:

Optionally, Server.app can be moved out of the Trash and back into the Applications folder. I attempted this and reopened it. After starting back up and setting up services, it gave a curious error related to DeviceManager (which is quite interesting considering the CPU was being trashed for the past few weeks thanks to a process running under _devicemgr in the first place): 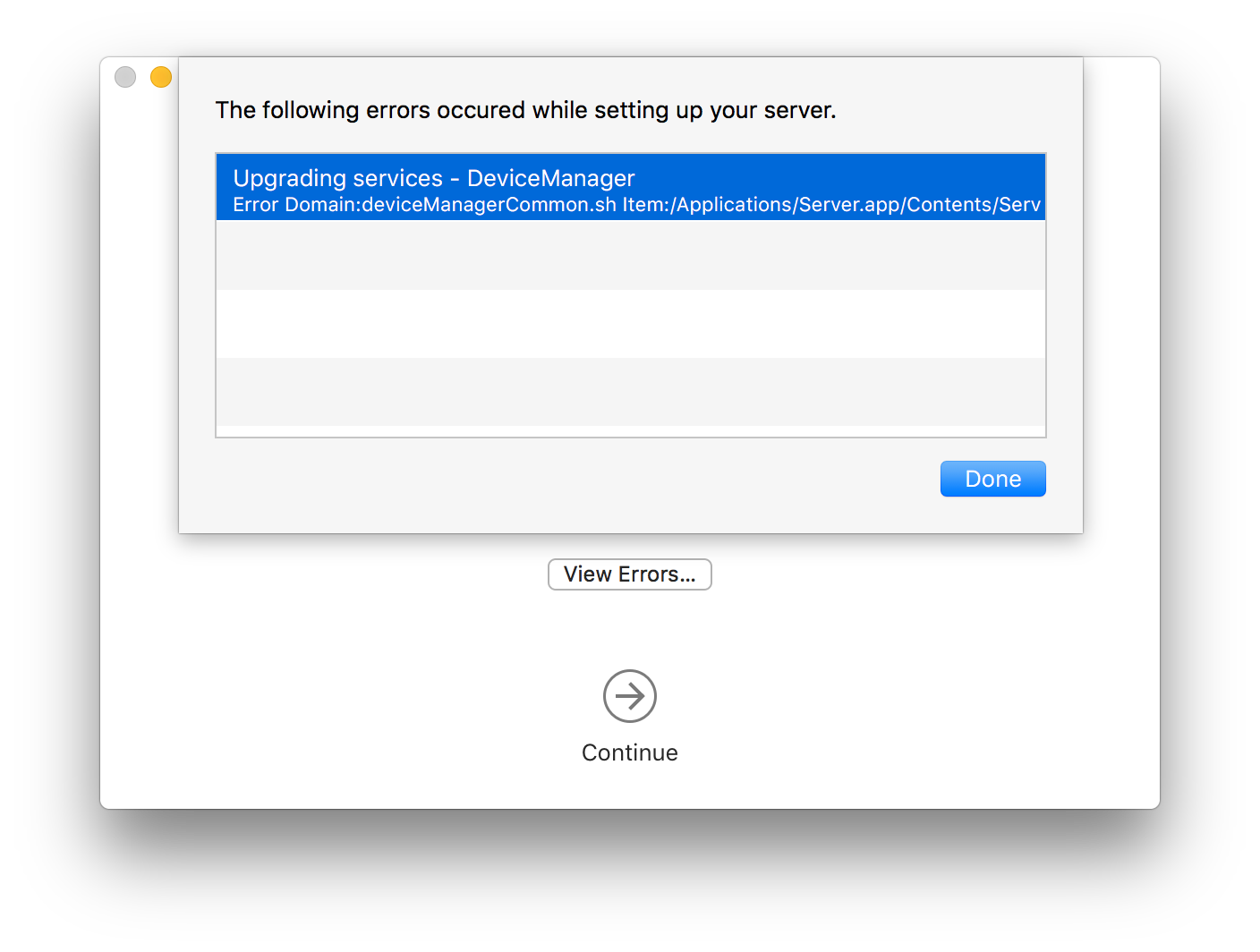 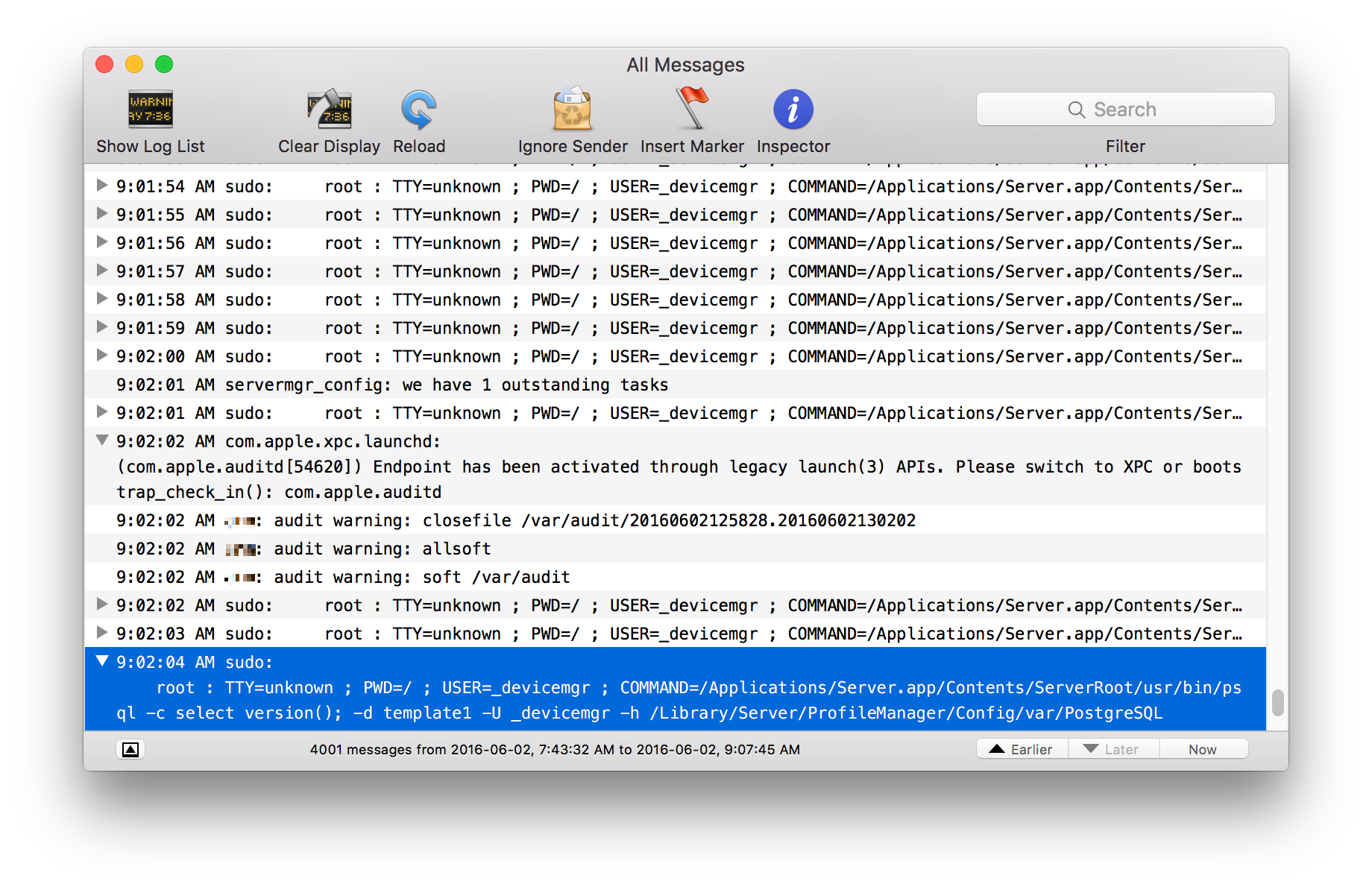 In any case, clicking on Continue and ignoring the error doesn’t seem to have any negative repercussions (yet) and CPU usage hasn’t seemed to spike yet either, so I’d say problem solved!

Not the answer you're looking for? Browse other questions tagged macos memory performance server.app cpu .

5
How does Parallels' CPU and ram usage work? When to shutdown virtual machine?
0
Macbook Pro (Late 2010) slow after installing Mavericks
11
nsurlstoraged and CPU usage
1
Why do the Image Capture Extension and softwareupdated processes consume so much memory?
1
cpu is 100% used, yet no application shows significant usage
3
kernel_task writes huge amounts of data to disk (> 1TB) - how to diagnose?
1
How to stop SilentCleanServer app from running
0
Is there such a thing as unsafe cpu levels on mac?
3
remindd sometimes spikes over 100-200% CPU usage