Is this external USB3 drive really this slow for my Macbook TimeMachine backup?

I got myself this WD 2TB USB3 external harddrive for backups: http://amzn.to/1X8b3a8

When I run Time Machine, it really takes veeeery long for the backup (about 10-20 hours for a 350 GB initial encrypted backup).

So I ran disk speed test with this result. Is this speed normal and does Time Machine backup really take that long? 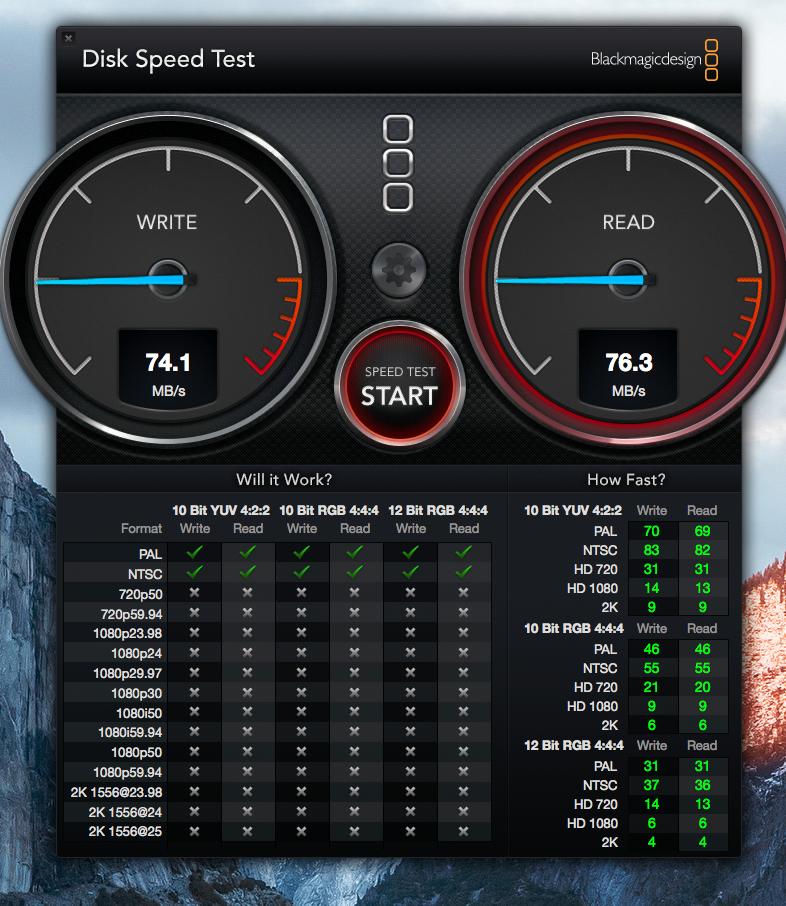 Time Machine and OS X is tuned to throttle the IO and possibly the CPU usage of the backup task. You can do a few things to modify that behavior - but from the speed benchmark and my experience - a 12 to 48 hour initial backup is not abnormal or indicative of slow backups once you have a few intervals backed up.

To do the second, you'll ned terminal and want to review this excellent answer as well as some speculation on the web.

At that point, you would restart your Mac. When it restarts, then erase the USB 3 drive and establish it as the backup destination and start the initial backup again. There's no need to use the tmutil commands over the Time Machine preference if you like mouse control or visual feedback over terminal commands. The echo 'debug.lowpri_throttle_enabled=0' command needs to be run in terminal, though.

Lastly, you will need to change the removedestination command to command removal of your destination's unique ID instead of DEB58ECE-531B-4295-85B4-82FC905A01EA. Also, you might also see if your current backups are throttled and how they are doing work with:

Unless you're really interested in analyzing the low level performance, I'd say you don't have a problem - just a slow initial experience - and revisit things in a week once the steady state backup timings are known. If you get hourly backups completing in 5 minutes or less - you probably shouldn't disable the debug timings as I listed above.

The speed you see there is not unusual. I have seen various USB3 external harddrives vary from about 60 MB/s to about 120 MB/s. These speeds can be expected from ordinary hard drives - you'll to buy an SSD to get much higher speeds.

However please keep in mind that these speeds are the bulk transfer speed. I.e. if you transfer only one large file without any file system overhead, you would obtain these speeds.

A backup will contain lots of small files which are individually stored. The random access read/write speeds of these portable USB drives are usually much lower than the bulk speed.

Compared to my experience, it is not unusual for the first Time Machine back to take 10 hours.

Stop backing up and reboot then try this method.

It’s also a good idea to re-enable the throttling after the initial backup has finished successfully with the following command:

My case was solved.

The first backup will always take a long time. Possibly even overnight. Then it gets faster because it backups only modified files. I had the same speed with an Airport Time Capsule.