Cut out parts from videos

I know I can trim videos at the beginning or at the end with QuickTime Player — And practically any other video-editing-app.

But is there a simple way to cut out parts within a video — say ad-breaks in a tv-recording?

I mean, sure, it might be relatively simple to do with iMovie, but than I have to import and export — and that takes some time.

Isn't there a simple solution (probably without long re-encodings during import/export) to cut out parts out of mp4-videos?

I want to trim the video and cut out the ads, so only the «Movie»-parts remain (as one file).

You can also trim from the middle with QuickTime player, not just from the end. Position the marker at the start of your edit, and do commandY (Split Clip), Then move the red line to the end of the region you want to remove and split it again there. You can now select the mid portion of the video (it should get a yellow border) and delete it.

See below for the view when you have done both splits, but not yet deleted... 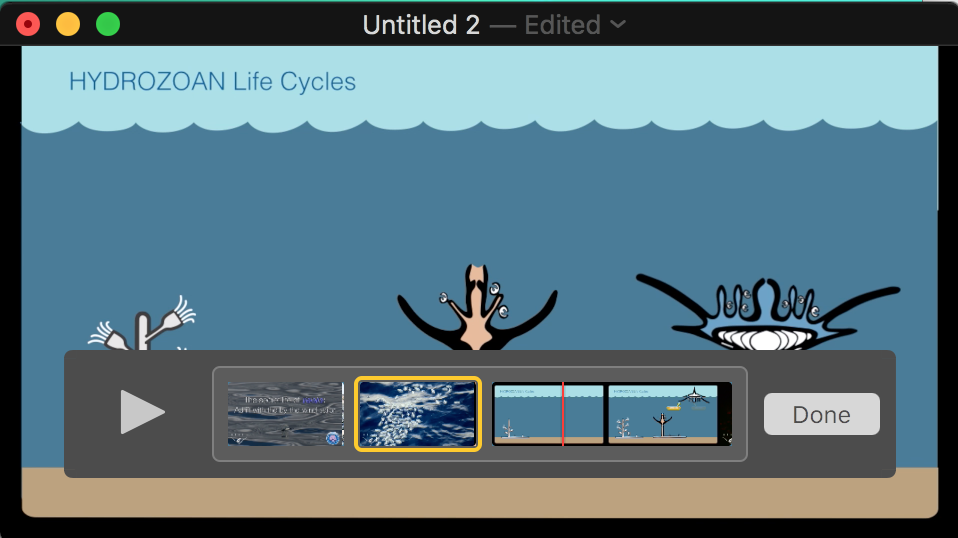 Not the answer you're looking for? Browse other questions tagged video imovie quicktime video-editing .

4
Is there a free tool that allows for cutting of videos?

2
Concatenate two videos recorded with Snapz Pro
0
How to export WebM and h264 from a Mac
8
How can I avoid re-encoding of video in iMovie and use it for cutting only?
3
Can I use iMovie to edit a .mov file without altering the aspect ratio?
3
How can I import GoPro mp4 video to iMovie 11?
1
Export compressed videos from quicktime screencast / screenrecording
0
Simple video management and processing tool for Mac?
0
recombine iMovie clips from miniDV without volume problems between them?