How to install recent versions of Mac OS X such as Sierra or El Capitan in Parallels without creating an extra file on the host Mac?

Installing Mac OS X as a guest OS in Parallels is easy. Just choose File > New, and point to a copy of the Mac OS X installer such as Install macOS Sierra.app.

The problem is that in Parallels versions 9 & 10 & 11 & 12 we are prompted to create an extra file besides the main file that stores the virtual Mac’s boot drive. The extra file has a suggest name such as OS X image file.hdd. I assume that file is for the “recovery partition” (that I have never really understood).

Is there some way to install Mac OS X as a guest OS without that second .hdd file? I want to be able to backup and move around my main Parallels file (the boot drive) without having to pull that second file around. Deleting that second file breaks the main VM file, making the VM unusable. 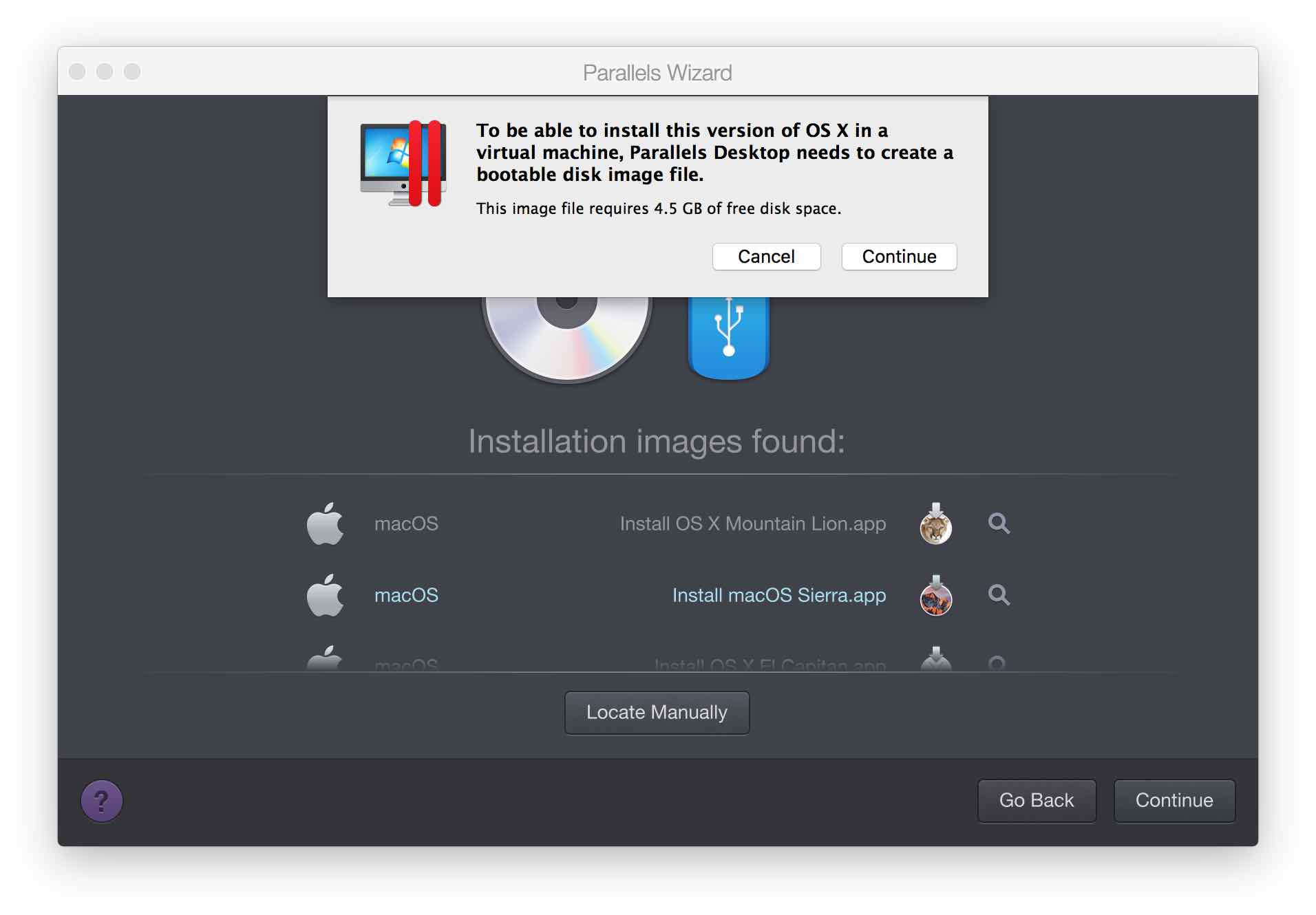 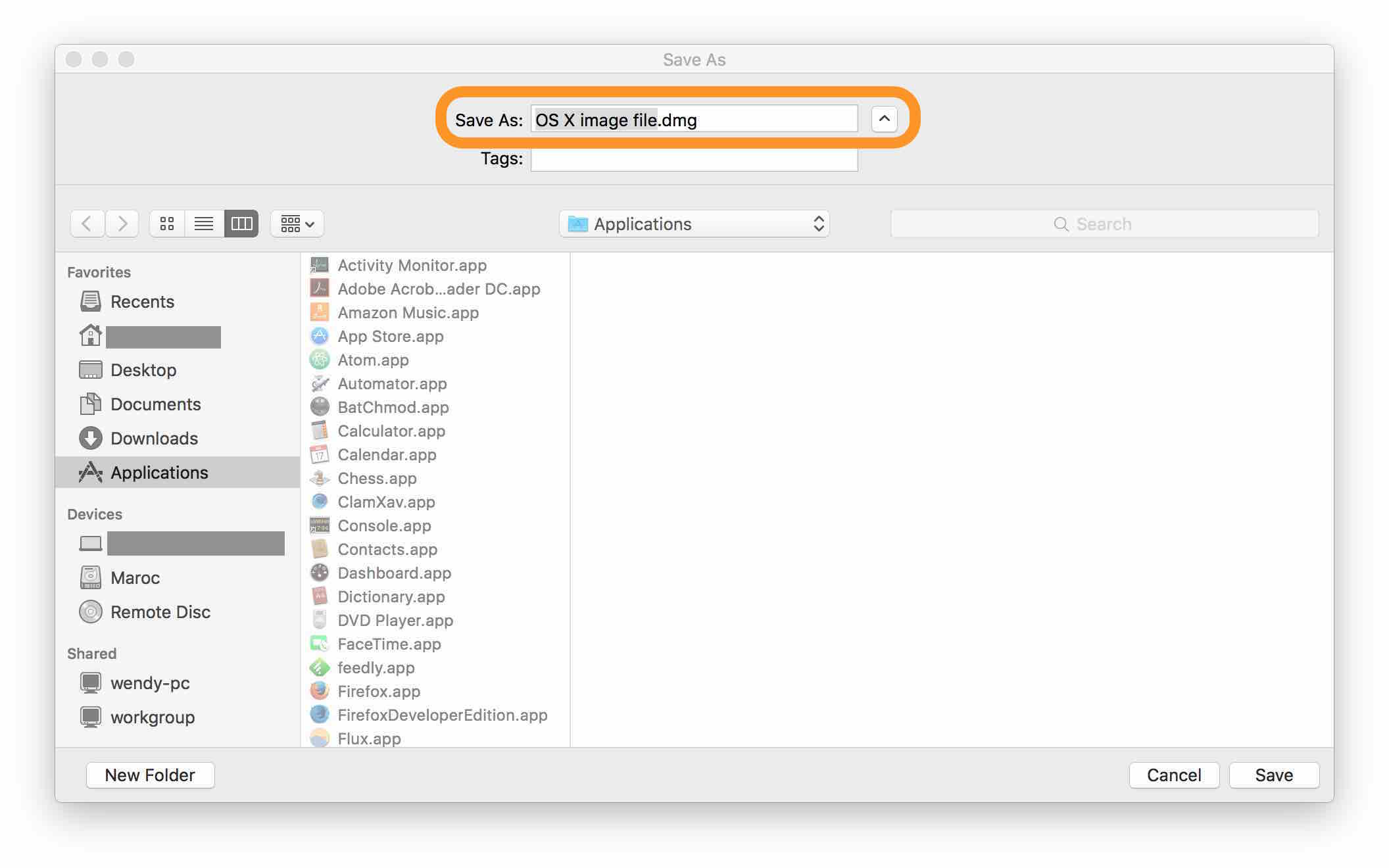 Despite claiming the file will be named OS X image file.dmg, it is actually saved as OS X image file.hdd (.hdd, not .dmg). This is the linked file that I want to unlink and dispose of. 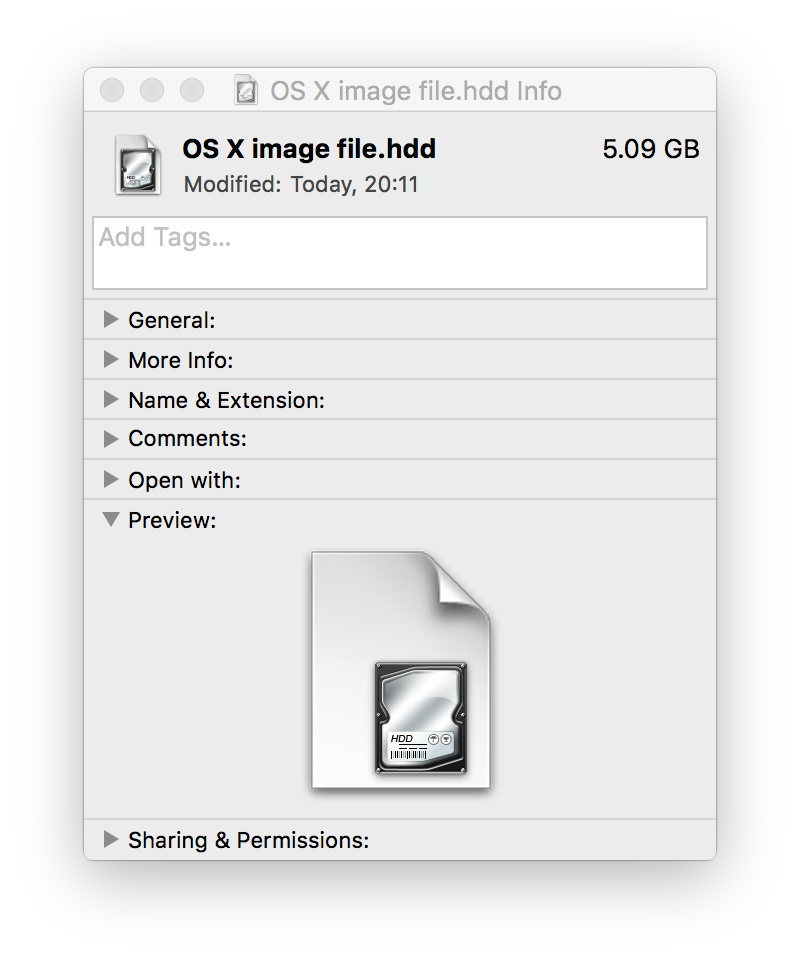 This OS X image file.hdd file is in addition to the the file containing the actual virtual macOS, the .pvm file such as macOS.pvm by default or macOS Sierra.pvm in this screenshot. The .pvm file is the important one, the one to keep. 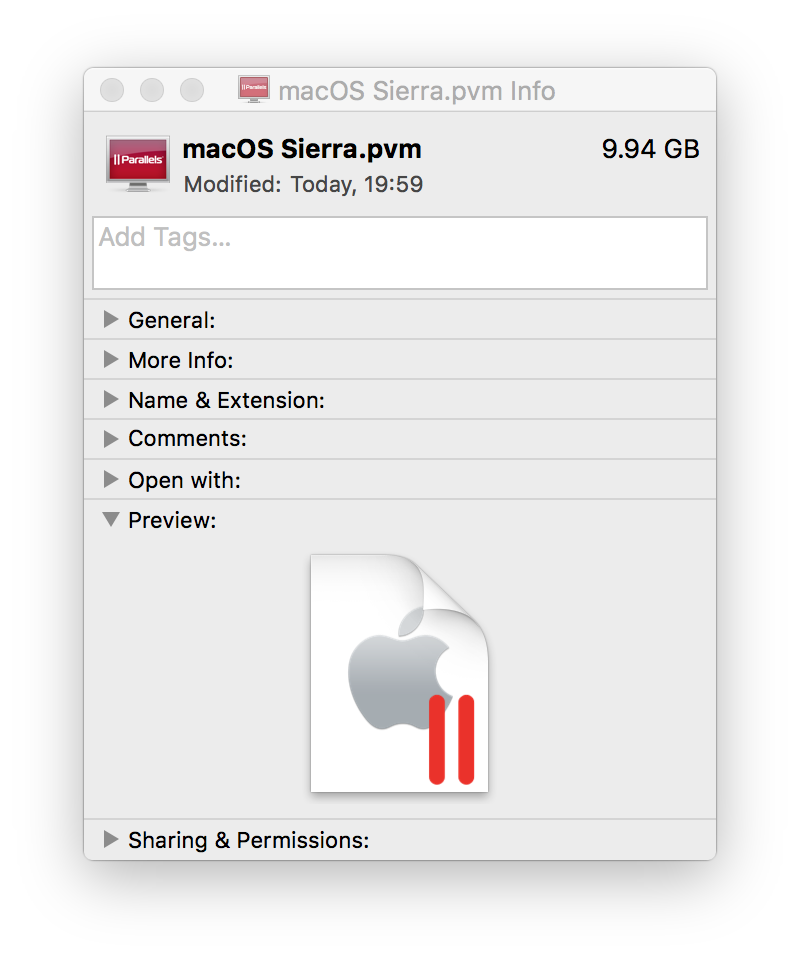 For Parallels 11.2.2 and macOS 10.12 Sierra as guest OS, I had the same problem. Once the VM is installed make sure you configure the VM, go to the Hardware tab, select the Hard Disk item in the lefthand column that represents the unnecessary "OS X image file.hdd" file and click the minus sign button to remove it. You can delete the actual "OS X image file.hdd" file and your VM won't complain about it being missing when booting. 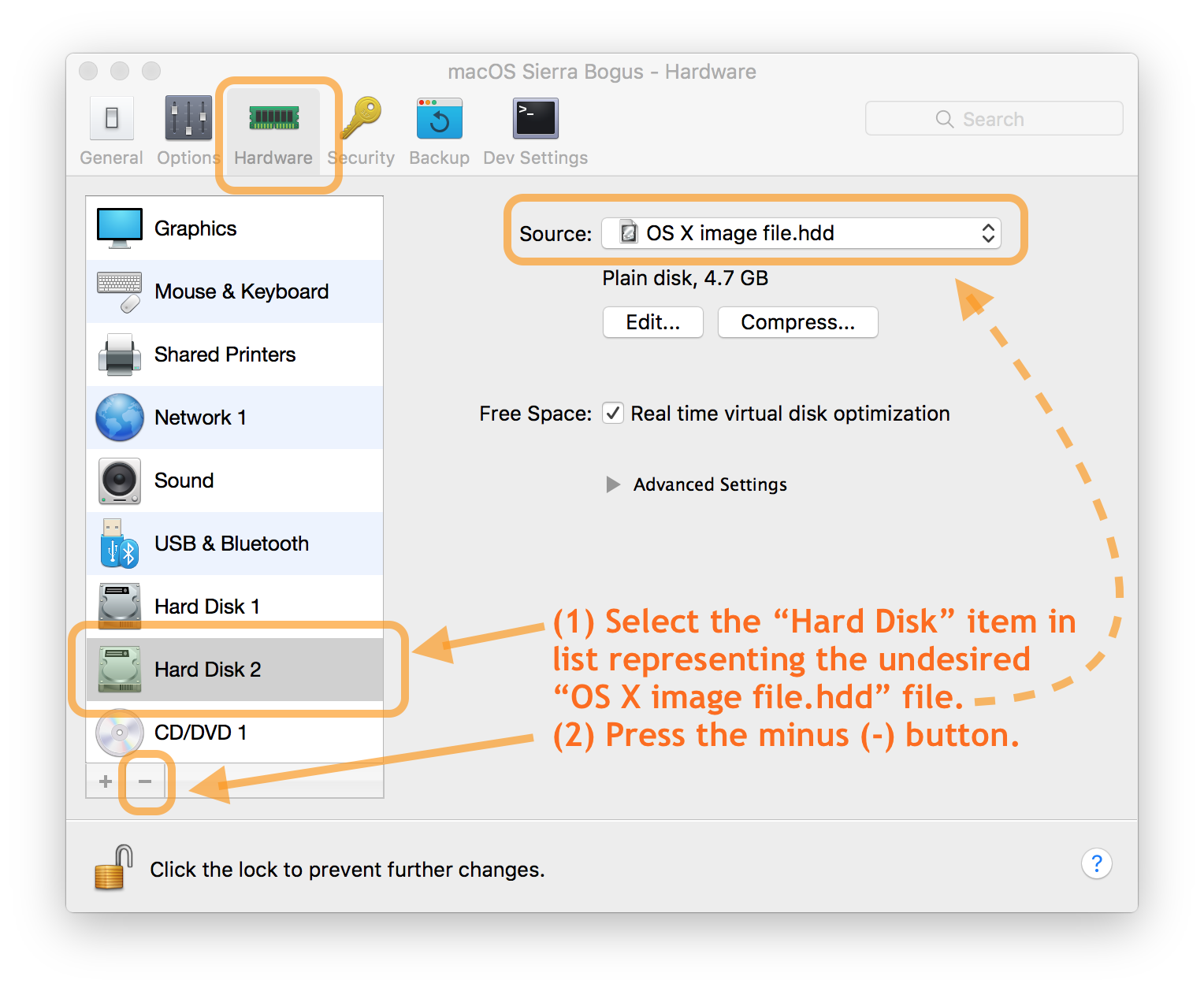 In contrary to older version Parallels 11 creates a bootable installer hdd with the help of Install OS X El Capitan.app. Older versions created an iso/dmg/img file with the same purpose.

After booting to the pre-installation boot environment in the OS X image file.hdd, OS X will be installed to the main drive inside the VM pvm package. After installing OS X you may unload/remove and safely delete the hdd file.

Personally I prefer to create an iso file and use that one to install OS X in one or several Parallels VMs. Use the script here: Install El Capitan with VirtualBox on OS X to accomplish this - the resulting iso also works with Parallels.

Not the answer you're looking for? Browse other questions tagged mac macos parallels-desktop .