I have the Bose Quitcomfort 25 headphones for Android and on it there are 3 buttons (volume up, down and play pause toggle).

Now I'm wondering is there any way to get the headphones volume up / down buttons working on my Mac?

audio headphones
share|improve this question
asked May 24 '16 at 21:41

The problem here lies in the fact that there are "Apple" compatible headsets and "Android" compatible ones. The reason is because of the TRRS (tip, ring, ring, sleeve) connector at the end of your headset. See the photos below: 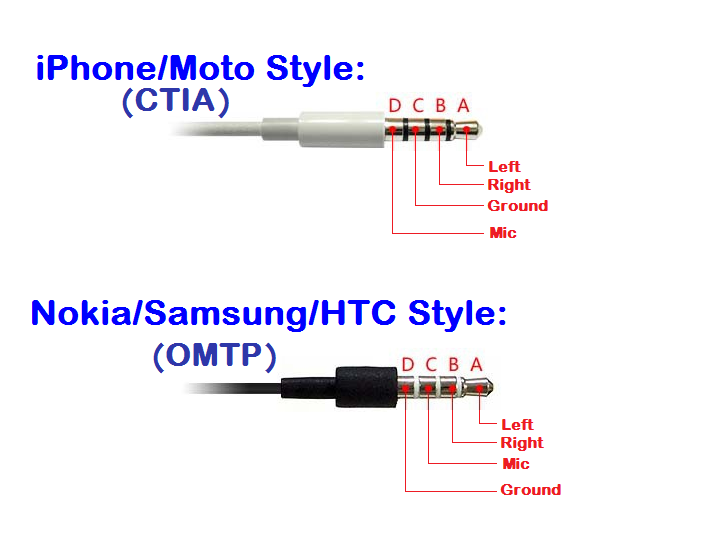 If you notice, the Mic and Ground connectors are swapped. While your microphone works because microphones don't care about polarity, the switches (volume up/down) won't work because it will be connecting to the "mic" conductor and not the "ground."

The way the volume up/down buttons work is that one of the signals is shorted to ground So, for instance using the "Android" (OMTP) pinout, if you press "Vol Up" then pin A and pin D is shorted. But, on an "Apple" product, pin D is the Mic and nothing happens. This is obviously really simplified. In actuality, there is most likely a change in resistance different that what is already there from the left/right speaker or mic. 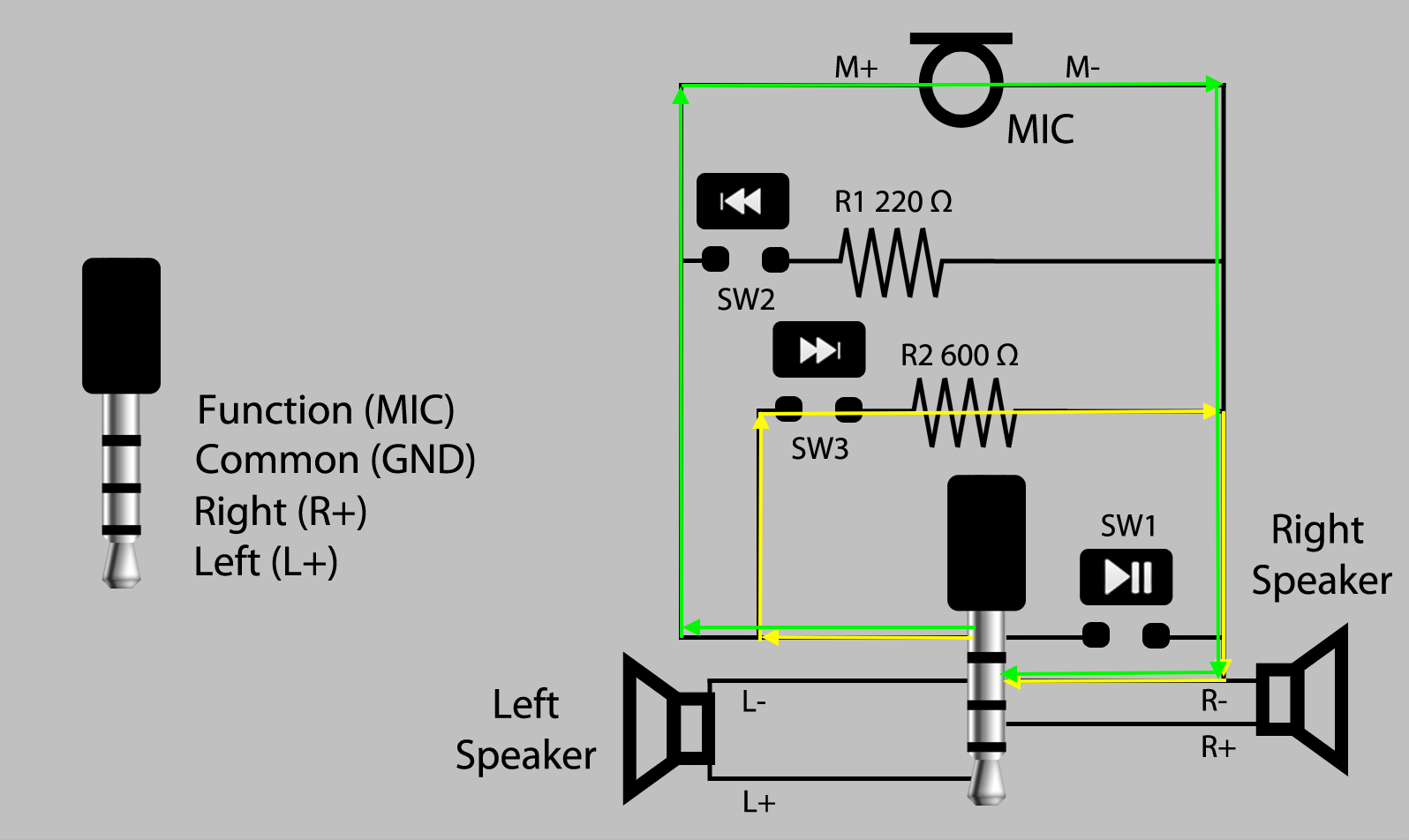 Notice the switches. Let's use SW3 (FF/Next) as an example. When SW3 is open, the microphone is connected and completes the circuit (green trace). When SW3 is closed (as in pressed), it shorts the circuit before getting to the microphone bypassing it, it goes through a 600ohm resistance and completes the circuit at ground (yellow trace). The phone then sees the 600ohm resistance as a signal to "skip" passes that to iOS and iOS skips to the next song.

The same happens vol up/down, I just don't have the schematic for those. If you use an adapter that has the ground in a different place, the circuit will never get completed thus the signal never gets to the phone.

There is no software that's going to fix this because to get a signal to the hardware so that OS X can "sense" it, something must be shorted to ground. Shorting to mic does nothing so the system can't see it.

This is why this is not an Apple issue, but an Android one.

I've got a set of Android compatible wired headphones. For some time I've been looking for a method in software/firmware to make the 3.5mm port on my MacBook read the ground and mic inputs appropriately (as per Allan's answer), but to no avail.

However, I've found that controls such as volume up and down work when using a 3.5mm to USB-C adapter. I have a post 2015 MacBook so they're all USB-C ports.

Not the answer you're looking for? Browse other questions tagged audio headphones .

1
How do I fix very quiet audio input on a MBP 2016?
4
Controlling a microphone connected via combo jack
0
Is there any way to increase the input volume on an external headset microphone on a mid-2017 MBP?

3
Does the iPod Classic respond to the clicker buttons on the iPhone earbuds?
6
Default volume too high for headphones
3
How can I retain volume settings upon plugging in different speakers/headphones?
1
Employing a second medium of sound volume resistance?
0
Can't change volume or mute Sony headphones connected to Mac
0
Is it possible to add an Apple compatible remote control to an audio cable for headphones?
0
Cant get any sound from MacBook Pro with headphones plugged in
1
Make volume buttons only control headphones?
1
Any way to reset volume level after unplugging headphones?