I have a late 2013/early 2014 Macbook Pro w/ 8GB RAM (but only 128GB of internal SSD) hence why I need to install windows on an external drive. I'm trying to install the latest version of the windows 10 insider preview (testing the waters of windows development).

Here's where I'm getting stuck: 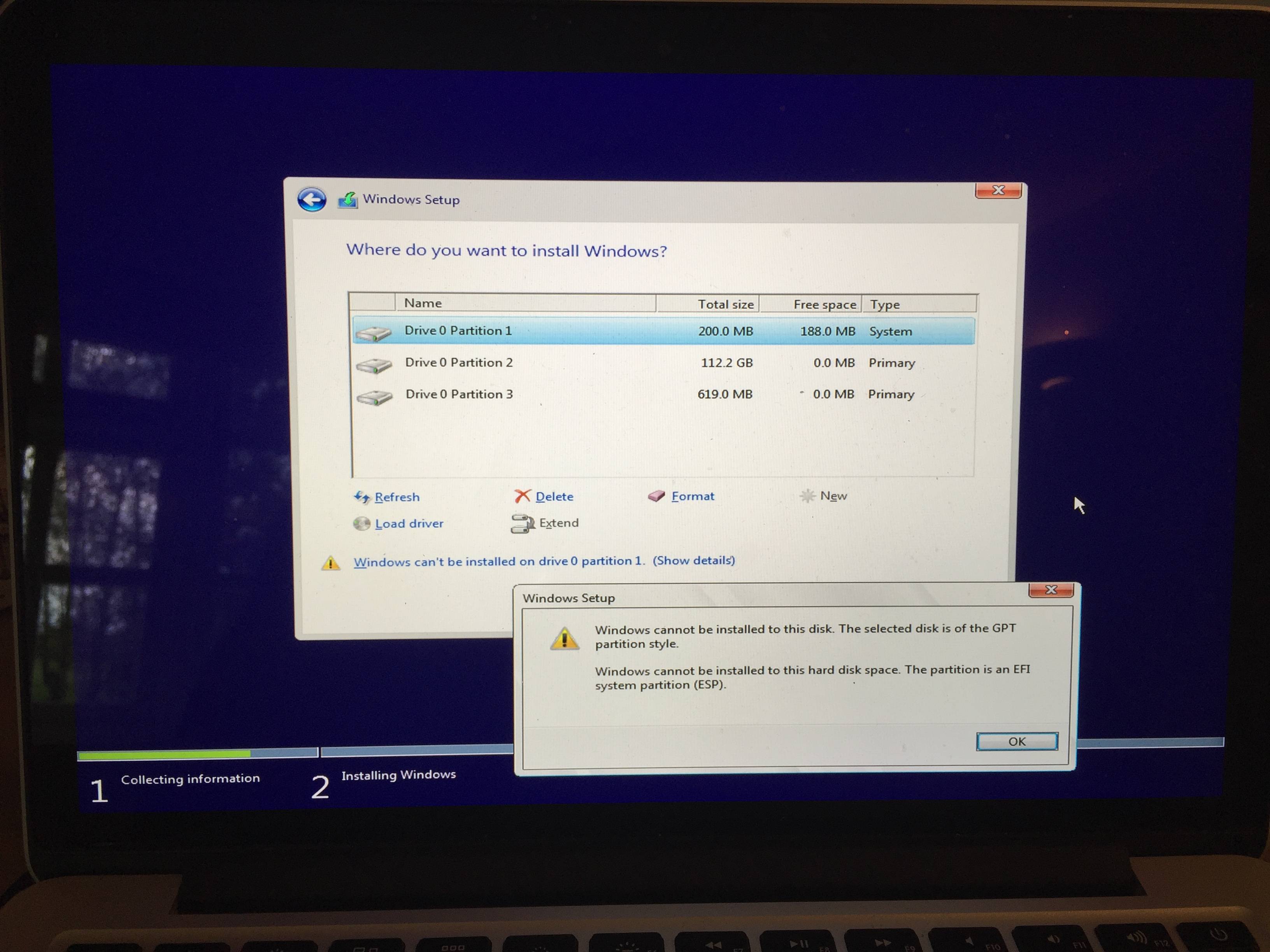 I've seen a tutorial of this and apparently there's supposed to be a 4th drive partition called 'BOOTCAMP' which you then format.

What I've Been Doing:

I've connected my external SSD via USB and in the Bootcamp Assistant I checked the first 2 tasks. I select the SSD and let Bootcamp do it's thing. After it finished I restarted my mac while holding down the alt key. I get the option to choose between my HD ('Macintosh HD'), a drive called 'Windows' and a drive with a name beginning with 'e' (not sure - although it's just a higher-res version of the windows drive it seems).

Choosing windows, I follow the setup instructions until I get to the part shown in the photo, so obviously I'm doing something wrong (probably those pesky partitions).

EDIT: I wasn't able to install windows so it is bootable from an external drive but I was able to partition my internal drive with bootcamp after reinstalling OSX, then everything else worked as intended. I hope this helps others.

2
Booting from USB to install Windows 7 on Macbook Pro, Early 2011
2
If I put my old mac hard disk system drive with bootcamp in a USB caddy, after replacing it with an SSD, will it appear as 2 drives when plugged in?
15
Remove “Windows” Entry from Mac Boot Loader
4
Install windows (bootcamp) without CD or USB Flash Drive
0
Bootcamp Assistant thinks SSD I'm booting from is an External Drive — help?
1
Unable to boot Windows 10 from Bootcamp external HDD
2
Booting from MBR USB on Mac
1
Repurpose Fusion Drive - Booting from USB 3.2 Gen 2 SSD