Does iBooks sync metadata across devices via iCloud?

Just updated to using the new iCloud-enabled iBooks for PDFs, etc. On my Macbook, I've also gone and fixed the metadata for all of the books, but it doesn't appear to sync that updated metadata to my iPhone (which is also iCloud-enabled for iBooks). Here's a screenshot from the Mac app: 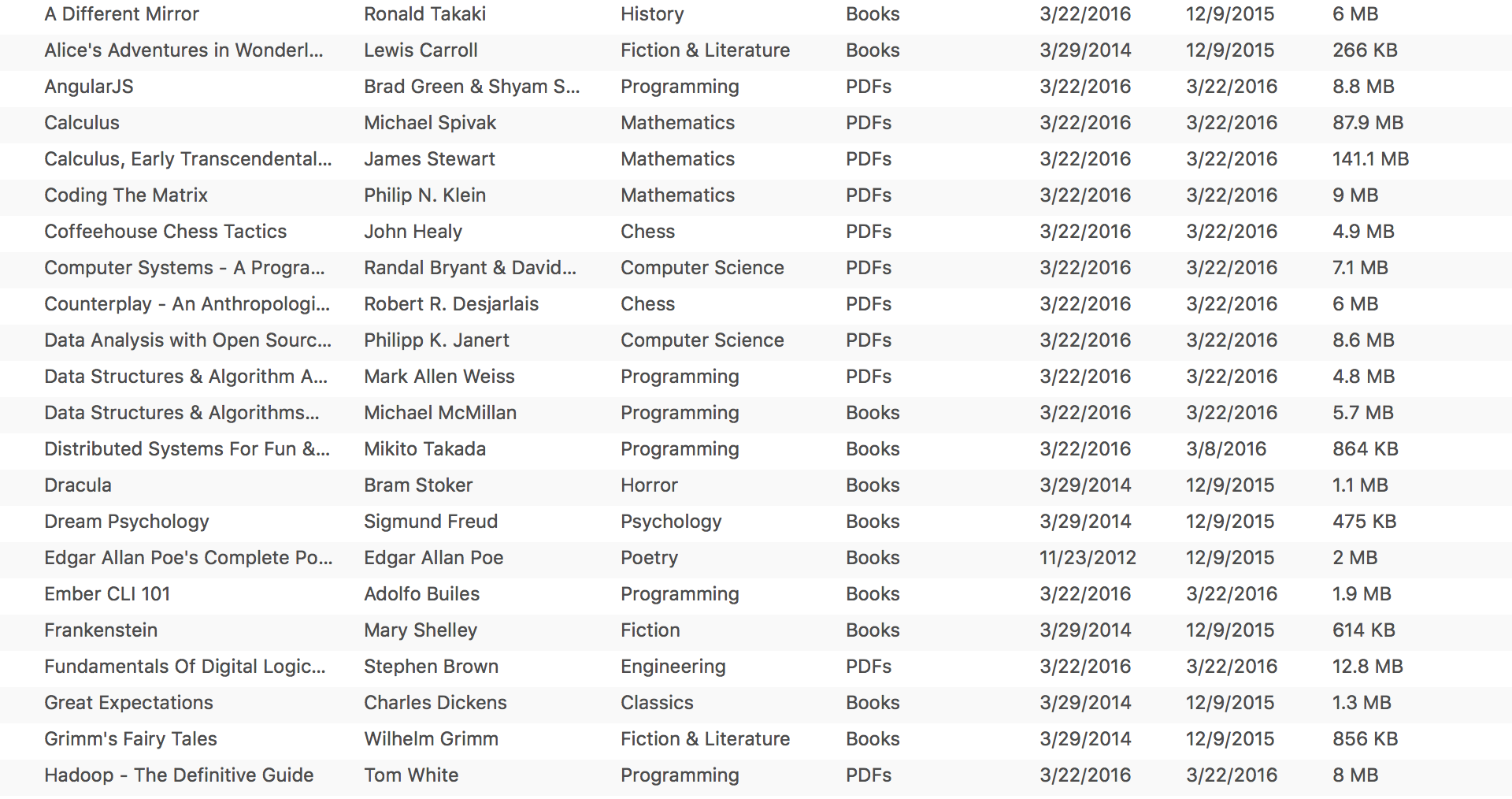 But on the iPhone, I'm still missing authors, categories are incorrect, etc. Not sure if metadata simply syncs locally and this is a non-issue, or if something odd is going on w/ my devices. Thanks!

Found a solution; not through iBooks but the Terminal instead (must install Homebrew first):

This actually edits the PDF metadata, and that will reflect in the Title, Author, and Category columns in iBooks.

iBooks does not actually change PDF metadata at all. It may appear to allow you to edit metadata, but the PDFs actually retain their original file names and metadata attributes even after you painstaking edit them. You've essentially wasted your time, as did I. Furthermore, you may notice the utter mess that appears in your Preview folder on iCloud Drive. Some PDFs may appear with "in iBooks" under the file names, while others do not, still other PDFs may show up in there that you may have sent or received via email, but never formally added to iBooks. The greatest failure, and iBooks is an epic failure, is that the second you are tempted to organize your "Preview" folder on iCloud Drive, it will likely break iCloud sync of iBooks and PDFs across devices. If you are OCD, like me, you will find yourself in an endless feedback loop of fixing ugly metadata and organizing reappearing and disappearing PDFs. You would be better served to stop using iBooks until they fix it, especially if you wish to stay sane.

If you already edited a lot of pdf through iBooks (like me) you may want to bulk edit the metadata as stated above. To do this you need to do following steps:

Not the answer you're looking for? Browse other questions tagged icloud books .

0
Impossible to sort iBooks PDFs in Bookshelf view?
15
Podcast syncing between iTunes and iPhone doesn't work
9
iBooks are not synchronized via iCloud between my Apple devices
1
macOS Sierra, Multiple problems with iBooks syncing to iTunes 12
3
PDF added to iBooks on Mac does not sync to iCloud Drive or my iPhone
0
Can't transfer PDFs & eBooks from iMac to iPad 3 on iOS 6
1
My Books app in my ipad pro deletes/disappears my pdfs. I am on IOS 12.2 and it is was updated a couple weeks back without issue
2
How to have apple iBooks or Kindle synced between devices?