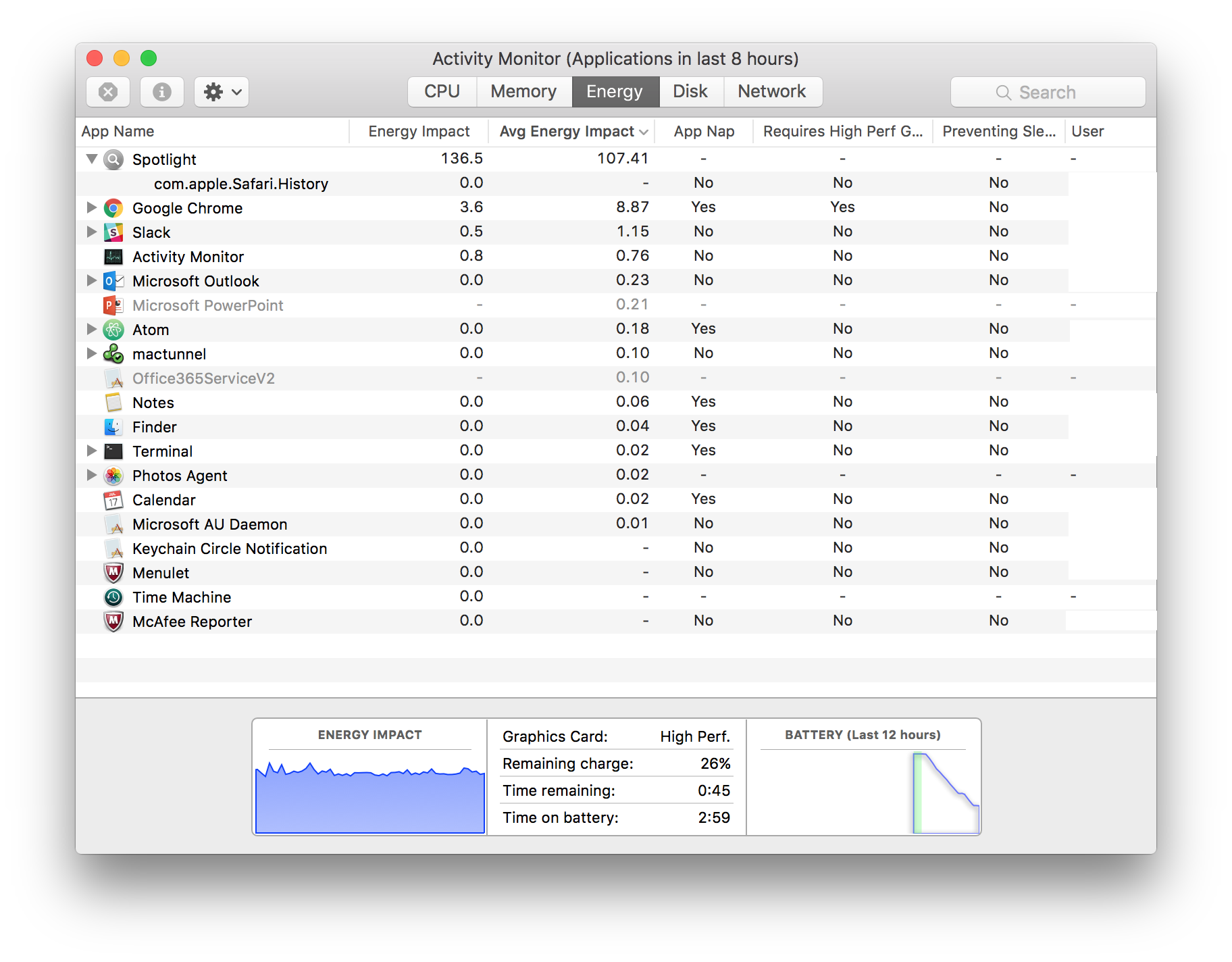 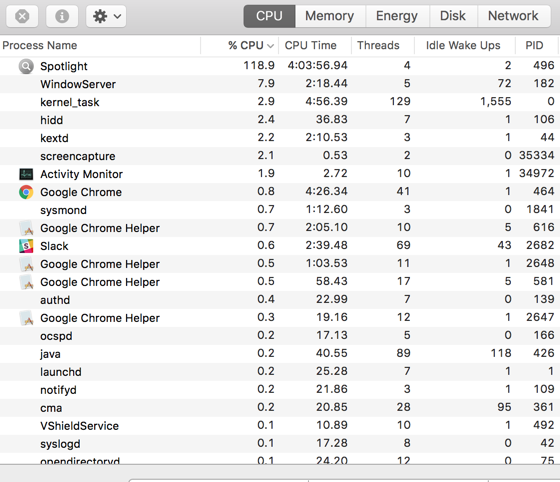 In my case, the Spotlight process seemed to have something to do with the iOS Simulator, which I had left open. Closing the iOS simulator resolved the issue immediately.

Not the answer you're looking for? Browse other questions tagged macos battery spotlight energy .

4
Lion not searching SMB volume
17
How do I make Spotlight stop indexing my Backup drive?
0
Why is Automator not working with Spotlight Search?
1
Do Sophos and Spotlight conflict and if so, how can I run both applications without problems?
17
Spotlight borked after macOS Sierra update
3
SIGSEGV Spotlight error
1
Trying to find out what is draining the battery on my MacBook Pro
0
Why is Spotlight draining my new M1 MacBook Air's battery?