I've recently created a DIY Fusion drive (240GB SSD & 1TB HDD) using the core storage commands on my mid 2012 MacBook Pro, I've restored from a time machine backup and everything works great. Now I'd like to install bootcamp (Windows 7) on it, but I'm afraid it messes up the Fusion Drive, any Idea on how to do it?

This is what I get when I run diskutil cs list on terminal:

Edit: FIXED I've tried to do it via BootCamp, I get to the Windows installer without any problem, I format the BootCamp partition but it still says that I can't install Windows on it (error 0x80300024). How can I fix it?

EDIT: I've installed Windows 7, but when I try to boot from the partition I get a "no bootable device" error

What if I just swap the drives and leave them swapped? Does the SSD get slower if put in the DVD caddy? Because if not it is probably the best and easier solution.

Answer to the New Question

Your new question: What if I just swap the drives and leave them swapped? Does the SSD get slower if put in the DVD caddy?

From the menu bar you can select "About this Mac". From the pop up window, you can click on "System Report...". 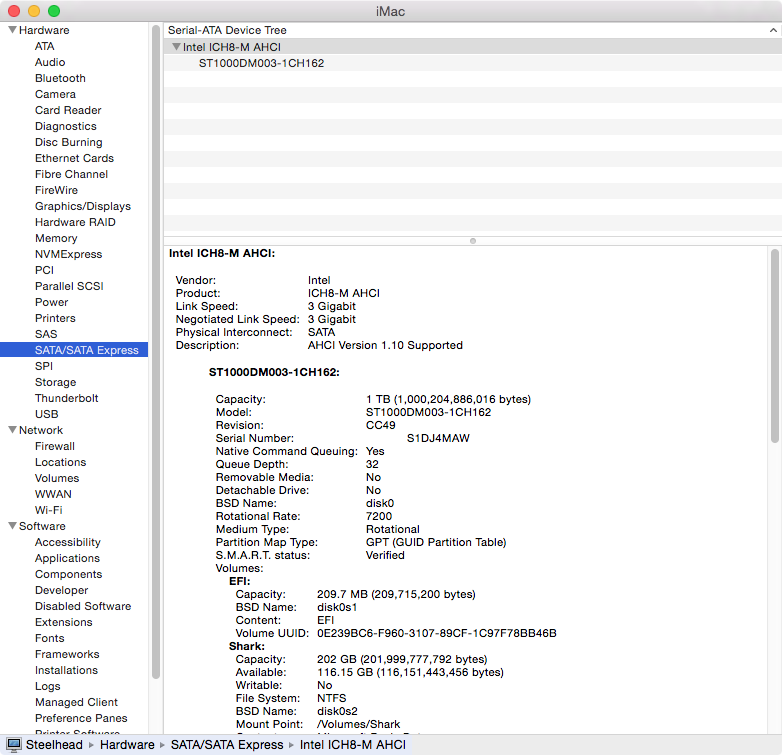 The image shows the "Link Speed" of the SATA controller on the logic board to capable of 3 Gigabit per second transfers. The actual transfer rate (Negotiated Link Speed) with the connected HDD is also 3 Gigabits per second. I happen to know the HDD is a replacement 1 TB drive capable of 6 Gigabits per second transfers. So the controller is limiting this new disk to half of its capable transfer rate. 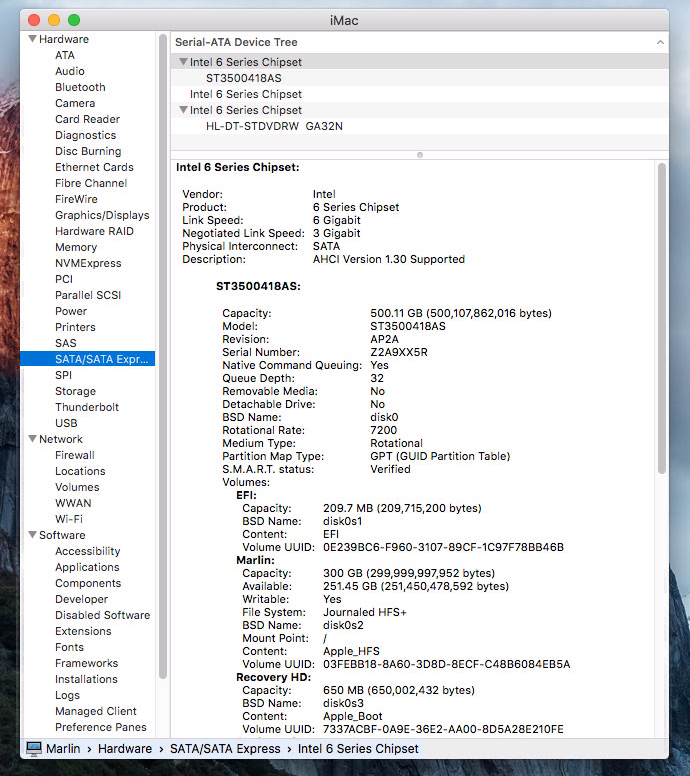 These examples should aid in answering your question.

You should also consider the cable between the controller and the drive. Most SATA optical drives operate at 1.5 Gigabits per second transfers. So, if replacing the optical drive results in a "Negotiated Link Speed" of 3 or 6 Gigabits per second, the cable may not be able to accommodate the high speed transfers. To determine what was the "Negotiated Link Speed" with the optical drive, you would have to temporarily put this drive back in your Mac.

Here is another image from the 2011 iMac. 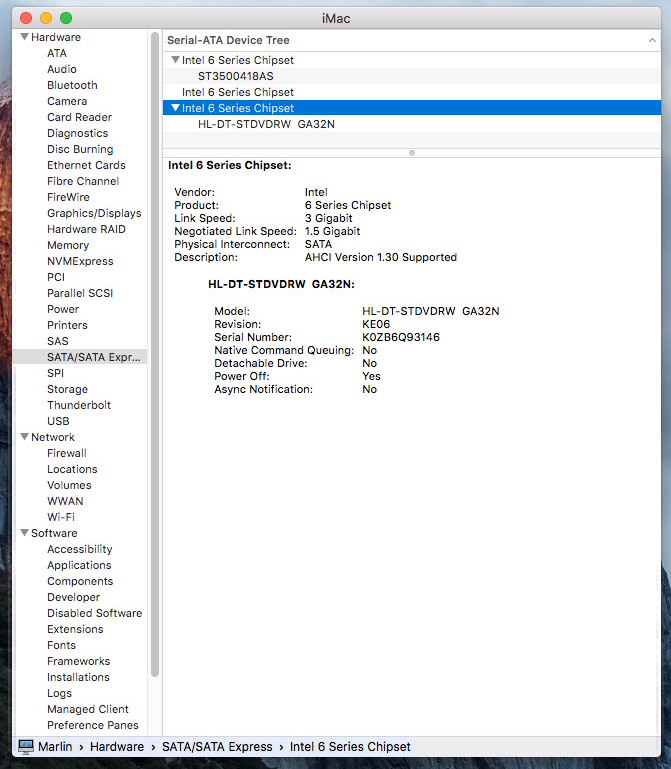 This image shows the optical drive to have a transfer rate of 1.5 Gigabits per second. More important is the controller with has a maximum "Link Speed" of 3 Gigabits per second. This is half of the maximum "Link Speed" the the controller connected to the HDD. So there can be a difference between which way you connect your SSD and HDD. At least this is true for the 2011 iMac used in this example.

Answer to the Original Question

Basically, there is no reason Windows can not be installed on your Mac. Your problem is that you want to install in BIOS mode on the HDD, which is /dev/disk1. Normally, the Windows installer creates a small (100 MB) System Reserved partition on the same drive as the rest of Windows installs. The Boot Camp Assistant forgoes this partition scheme, opting instead for a installation that mergers the contents of these two partitions into a single partition.

So far we have learned:

What I propose is to return to Microsoft intended design where there are two separate partitions for the Windows 7 operating system. The first small 100 MB partition will need to be created on the SSD, which is /dev/disk0. As before, you can keep the much larger main Windows partition on the HDD.

If you can create these partitions while still maintaining your Fusion drive, let me know. I will update the instructions with the rest of the steps. If you succeed, it would help if could post the output from the following commands. These command will not change your computer. Some may ask for your login password. This is normal.

Below is an outline of the rest of the steps.

The idea here is that Windows will start booting from SSD and finish from the HDD. I tested this boot method using VirtualBox with two virtual drives. At least in this virtual environment, I know the idea is sound.

Not the answer you're looking for? Browse other questions tagged macbook-pro bootcamp windows fusion-drive .

10
I think I messed up the Fusion Drive on my 1TB iMac (with BootCamp)
3
Boot Camp does not boot after disk cloning
0
How to remove windows partition without having to erase the other one?
1
Boot Camp failed and reduced Macintosh HD partition from 3TB to 1,46TB
0
Messed up 1TB Fusion Drive Partitions (on iMac 5K) - 100% Disk Space used
0
Windows can't see "Macintosh HD" under Boot Camp
4
How to stop mac from default booting in deleted windows via boot camp?
0
Startup disk doesn't show my windows partition
1
Two Bootcamp installations: first one on Internal HDD and second one on external Thunderbolt 2 SSD