What is the purpose of the §/± key on a UK Mac keyboard?

This question is just for curiosity.

My UK Macbook Pro's keyboard has a key in the very top left with the symbols § and ±. (On a US keyboard the ~/` key is in this position.) From looking at pictures of the newest Macbook Pros, it seems this key has finally been phased out, but I'm still curious about the reason for its existence up to now.

Let me say at the outset, I'm looking for answers based on specific known facts about the reason for the key's inclusion, which probably means either some insider insight into Apple's decision making, or at least some knowledge of the history behind it. A lot of answers so far are based on opinions or speculations, and it would be greatly appreciated if that could be avoided.

The symbols on the key, § and ±, seem quite obscure and rarely used. § is an old-fashioned symbol for a section heading in a document, and is still used in the printing industry, while ± is used to quantify errors in scientific and engineering documents, as well as in high-school maths (i.e. the quadratic formula). But even in those specialised contexts the choice seems odd: why include a special key for the section marker § but not the much more common paragraph marker ¶? Similarly, why ± and not ≈, Δ or √?

It seems odd to have a dedicated key for these relatively obscure symbols, especially since it doesn't appear on the Apple US keyboard layout, or on a non-Apple UK keyboard.

So basically I'm just curious about the reason for this key's existence. It seems unlikely that British Mac users have a special reason to use these symbols often, so I would guess the reasons for including it were either historical or technical in nature, or possibly they had to do with one particular Apple employee's personal preference. But what, specifically, were those reasons?

As noted above, I'm looking for answers with specific insight or evidence about the decision-making at Apple regarding the existence of this particular key.

I think only Apple knows the answer to this.

The § and ± characters are available on the US keyboard at option 6 and option-shift =.

I believe a historical antecedent for the ± key can be found in the IBM Selectric 3 keyboard.

Other Apple hardware keyboards with the same key in the same place are Arabic, Bulgarian, Czech, Dutch, English International, Greek, Hebrew, Portuguese, Romanian, Russian, and Turkish. I suspect their users also wonder why Apple gave these two characters such status.

A much bigger mystery in my view is why the Apple British keyboard puts the " and @ characters at different places than any normal British keyboard does. Apple eventually had to provide a "British PC" option in system preferences/keyboard/input sources to accommodate all the folks who are used to the British standard.

The UK keyboard is defined by the British Standard BS 4822:19941 which Apple doesn't conform to completely. While it would be beneficial to post directly from this standard, it currently costs £98 or about $130USD which makes it cost prohibitive to source this for this answer.

There are notable differences between the two keyboards besides the key in question. The € (Euro) symbol as well as the placement of the AltGr 2 key at the bottom where the left Command key would be.

What the Symbols Mean

The UK standard Keyboard has a ¬ (negation) symbol where Apple has the § (section) symbol and of course, the US has the ~ (tilde) which is also used to denote negation.

The negation of a proposition p is notated in different ways in various contexts of discussion and fields of application. Among these variants are the following: 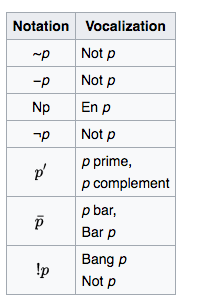 It's conceivable that the US opted for the ~ symbol rather than the traditional ¬ symbol because it not only meant negation, it had a wider range of uses (i.e. "approximately"). Also keep in mind that both the US and the UK keyboard retain the backtick (`) symbol on the same key.

Only Apple will know for sure why they chose to "Think Different" when they steered from the US and UK's choice for a negation symbol and go with something completely different. However, it's not outside the realm of possibility that market research told them nobody knew what ¬ meant and to put something that made more sense to people purchasing their products.

2 Wikipedia: AltGr is a modifier key found on some computer keyboards and is primarily used to type characters that are unusual for the locale of the keyboard layout, such as currency symbols and accented letters.

Irresistible to first answer the question in the title: It is used for entering characters that are shaped like this § and ± as defined in unicode U+00A7 for section-sign and U+00B1 for plus-minus sign.

Keyboard layouts are for a very large part historically grown and evolved.

British needs are a bit different than American needs. Americans most often only need the old Peso symbol $ and while £ is most often needed in insular designs the still close relationship with the continent also requires the €-sign. All those keys have to be placed somewhere and somehow shifted around among a limited number of available keys according to local demand.

That need seems high enough for other layouts to opt for a section sign in said place (Finnish SFS 5966, Hungarian, Dutch and then some.)

The British Standard BS 4822 is old and small and it, as well as the international ISO, only defines non-binding recommendations just like the German DIN 2112 and 2137 (which dropped the requirement for a very special Shift 5 a while ago). Apparently there are at least three keyboard layouts for Macs available for (British) English users, two of them with the marked as unusual § position (UK and US-International) all differing from one another and the PC standard.

Before the world settled mainly on the two blocks for computer input of Wintel vs Apple there were even more keyboard layouts around, often differing in very peculiar ways. Since Apple has a keyboard layout tradition that dates back to before the IBM PC they were on a different path of dependencies. Although Apple's earliest attempts on the European market did not include such a sign.

Depending on intended usage one layout has advantages and disadvantages over the other. English speaking programmers have different needs than French novelists or German lawyers.

The plus-minus sign is not that specialised as the OP's question implies:

Especially users in science and engineering seem likely to request a more prominent placement or reachability, whereas statistics also imply government actors with wants that might signify demand for that character. All these simultaneously form an important group with quite a big say on the formulation of said standards or specialty layouts.

The paragraph sign ¶ is indeed very rarely seen if you turn off "show invisibles" in your preferred editor. Confusingly, the German name of § is also "Paragraphenzeichen" as well as paragraph sign in Canon Law.

Usage of especially the section sign is still very common in law and governance (the biggest customers often restricted to using standardised tools) but also writers of novels and quite a bit of non-fiction. Especially theologians still cling to a very unsightly tradition to use it throughout their books (quite recent example).

Since usage of said sign in British publications is indeed quite uncommon there are not much explanations left.

In short: historical path dependencies, local needs at the time of standardisation are the general, main reasons; Apple engineers deciding this might be a good idea the other.

The § ± key on a UK Mac keyboard is useless and moreover a waste of room and efficiency for a keyboard. For me it is an historical error made by people who weren't real users of keyboards in an international context or in a programming context.

To add these 2 rare symbols on at least 2 ≠ keyboards (Great Britain (B), English International (Z)), Apple chose to reduce the size of 3 very useful keys: left shift,right shift and return thus causing a lot of typing errors to users of these 2 keyboards, most notably with the key on the left side of the return key: \ |.

Working in an international environment of students, engineers and researchers coming from many ≠ countries I always advised them to use the "US english" Apple keyboard characterised by ` ~ in the upper left corner, \ | between the delete and the return because they will make much less typing errors and will be able to type nearly all europeans special characters with very easy to remember alt sequences. And all the punctuation characters will be accessible through simple key use: ,, . and ;, all programming ones with shift key.

Most of them were sold an "International English" which Apple thought was the best fit, but they all were returned back to Apple to be exchanged for an "US english".

Not the answer you're looking for? Browse other questions tagged macos keyboard .

24
What is the meaning of the "§" symbol (on the upper left corner of the mac keyboard)?
11
How can I configure OS X Mavericks to use a UK PC keyboard layout?

36
What is the Mac keyboard key with a symbol ⌅ of an up arrow pointing into a horizontal line?
6
Is it possible to use US English keyboard layout with dead keys in Mavericks similar to those from Windows and Linux?
3
Does Apple make a keyboard with a wide "return" key, and modifier keys with their symbols printed on them?
1
Shortcut key to special characters
4
What font is used for keyboard symbols?
10
Creating physical escape key on new MacBook Pro with TouchBar by altering .keylayout for § key
0
Keyboard Backspace key not working but repeats when reconnecting USB
2
What is the key mechanism on the MacBook Pro 2021 Keyboard?