I use my macbook like desktop (always connected to electricity) 95% of the time, so I never noticed this before. However, I had to use it on battery last few days and it surprised me how short the battery charge lasts. My macbook isn't new (about 2 years) but I would still expect it would last longer than 2 hours doing nothing but displaying static web pages.

I checked activity monitor to see where the culprit is and it shows terminated Terminal app with very high avg energy impact, even though I didn't use it in couple days. There is also Chrome app showing about quarter of the Terminal's value, but that is expected as it's the app I am actually using (and the average is higher than usual because I was watching some videos recently). After that, pretty much nothing of note. I have no idea about the values so I don't know if the values are high or not. See attached screenshot for more details: 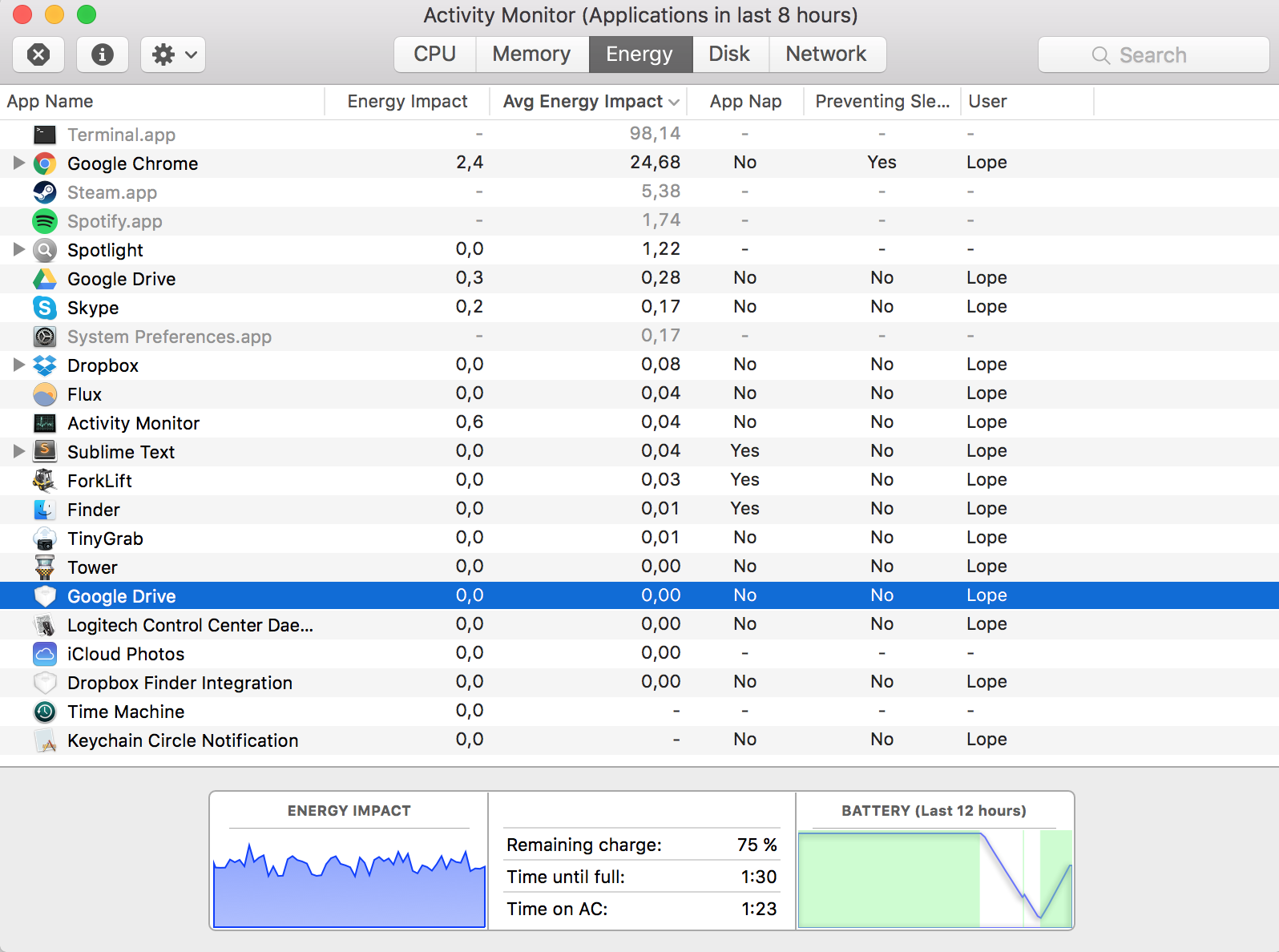 I googled a bit about this, but I didn't find any screenshot that would show terminal app with such high impact and that got me worried. Is it possible there is something wrong with my system? I can't find any Terminal app running anywhere.

After restart, terminal app disappeared and estimated remaining charge time almost tripled. I am not sure how to interpret this, it would seem like something started terminal app with heavy load and either kept closing it that it wouldn't show in the activity monitor or it was somehow hidden (I am OSX noob, so I have no idea if any of that is possible). I will try to see if I can determine what and why started that Terminal process