How did Apple fix the UNIX time bug? [duplicate]

Just a couple months ago, a hoax started circulating as a meme, stating that, if users set their time to January 1, 1970, a retro boot logo would appear as an Easter egg.

People did this and ended up bricking their phones.

Skip forward to the release of iOS 9.3, which, as part of the update description, states that it fixed a bug where manually setting the time before May 1970 would brick it. 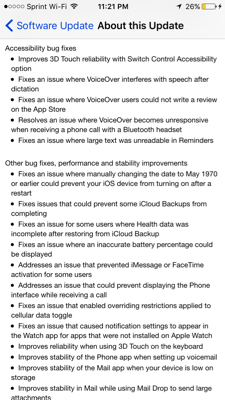 How did Apple silently fix this issue? Did they change date calculations on boot? Why, before May 1970, would those months specifically cause an issue? Why May?

They didn't change how time was stored. Otherwise, the NSDate type in iOS 9.3 would work completely differently.

2
Incorrect synchronized time – how do iPhones know what time is it?
3
The time on my Mac is 5 minutes ahead of the actual time
2
My "Date and Time" time is a minute off of the official time
1
Can Apple TV estimate what time I will finish viewing the current show?
1
How to change time on iPhone
1
How can I stop my computer time to reset to my local time-zone time?
2
Time on macbook (Mojave) is incorrect with auto-time on (Is apple time server wrong?)