Is it possible to create a group of Applications on Dock without changing the path?

Now that I have a bunch of applications on my Dock, I want to create a group to manage similar applications altogether. For example, I want to group a set of graphics apps (e.g. Affinity Designer, Sketch 3, Pixelmator) at one place, and access to them by tapping on the group first, and then selecting the app.

This can be done if you create a new directory and move the apps to it, and then drag and drop the directory to the Dock. However, this changes the path of the app (e.g. /Applications/Graphics/Pixelmator.app), which I like to eschew. (That's why I called it group, not directory.)

Also this has a problem, in that you must drag and drop to the right side of your Dock...

So is it still possible to create a group in this case?

You can put app aliases to the new folder and then add it do the Dock. You can create an alias by right/secondary clicking on the App and choosing "Create Alias" or pressing ⌘ CMD+L.

Macworld has an article about aliases and putting them on Dock.

An even easier way to create an alias and move it to your more convenient location is to hold alt (option) and command while clicking and dragging an item. Drop it onto your desktop (or other convenient location) and you've got yourself an alias in the place you need it to be in one swift step.

You can find the original item for an alias by selecting the alias and choosing File > Show Original. 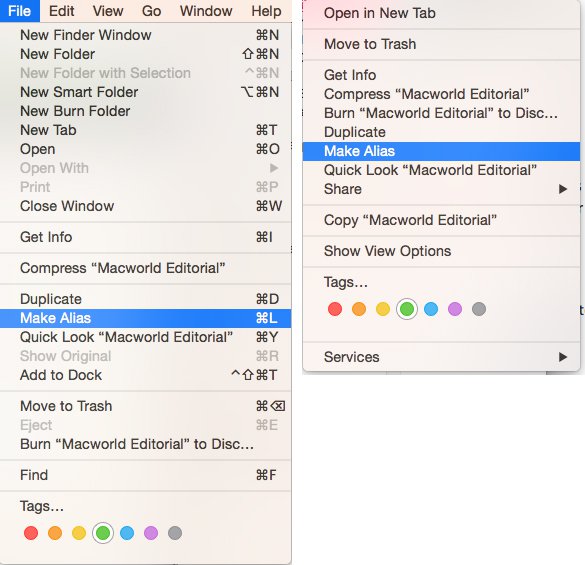 Not the answer you're looking for? Browse other questions tagged applications macos dock .

5
How can I group applications?
0
Create stacks on dock and rename category in `Lauchpad`
3
Create a automator application able to launch and quit from dock
3
Dragging an app's icon across in Dock without ended up pinning
1
OSX - Only show apps with open windows in the dock?
3
Dragging file at the Dock creates a copy of a file?
4
Create Dock Icon for Spyder (installed with Anaconda)
3
Hiding items from the Applications folder without touching them
2
How can I hide an app from the dock while keeping it in the menu bar?
0
Dock Question - Application folders with the Applications