I have a network topology I'm trying to set up with some TP-LINK switches with 802.1Q VLAN support.

A technical detail is that I have two of these switches with an aggregate of two gigabit links set up as a trunk for 802.1Q to bind the two together. 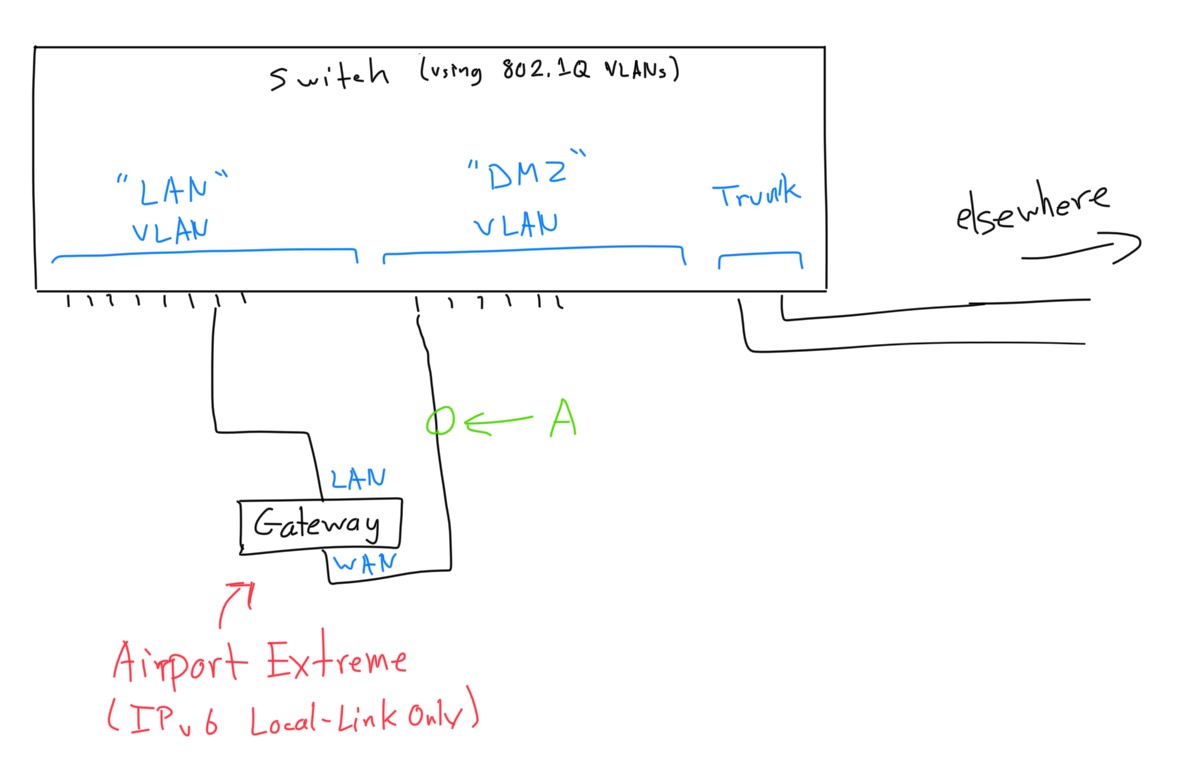 I have an AirPort Extreme for the second gateway. However, when both its LAN and WAN are connected to the same physical switch (though on different VLANS), it intermittently responds to pings (I.e. About 25% of the pings return). If I unplug either of the wires, it responds 100% (on the appropriate interface, of course).

If I put another gateway (some cheap Netgear thing) at the point labeled A in the diagram, suddenly it works exactly as expected.

So, why does the AirPort Extreme behave so strangely?

I have the same issue. After putting wireshark on the switch it is clear regardless of the VLAN config the management IP is being arped on all ports. that means the apple extreme is seeing the same arp on both its lan and wan port. It basically puges seeing that,cannot handle it and you have your issue. putting the router in between prevents the one arp hitting the apple.

Not the answer you're looking for? Browse other questions tagged network airport .