I recently bought a new power adapter off Amazon, and it worked with my mid-2014 MBP at work and my colleague's mid-2014 MBP, but not my mid-2012 MBP Retina 15" (which, frustratingly, it was bought as a replacement for). The green light comes on, but doesn't switch to orange to indicate charging, nor does the machine detect it.

It's literally the exact same model number of the adapter that came with my machine. I figured the replacement was possibly defective, so returned it and got a replacement. Alas, it still doesn't work on my mid-2012 MBP, but does work on my partner's mid-2014 MBP.

I've tried resetting SMC, to no avail. Even more confusing, my work power adapter charges my mid-2012 MBP fine, and is what I'm using at the moment.

Edit: As requested, here are some photos of the sides of the new adapter. 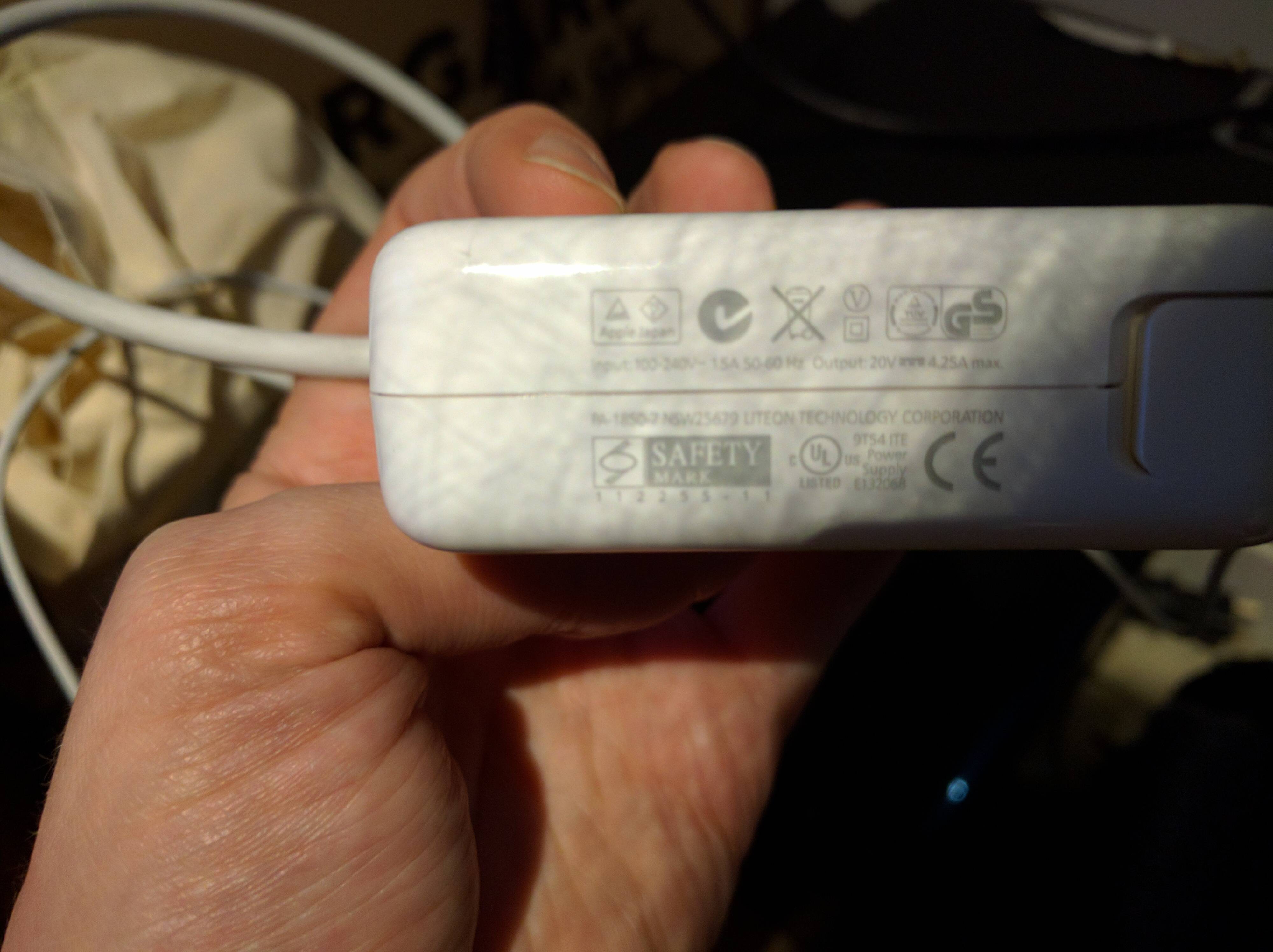 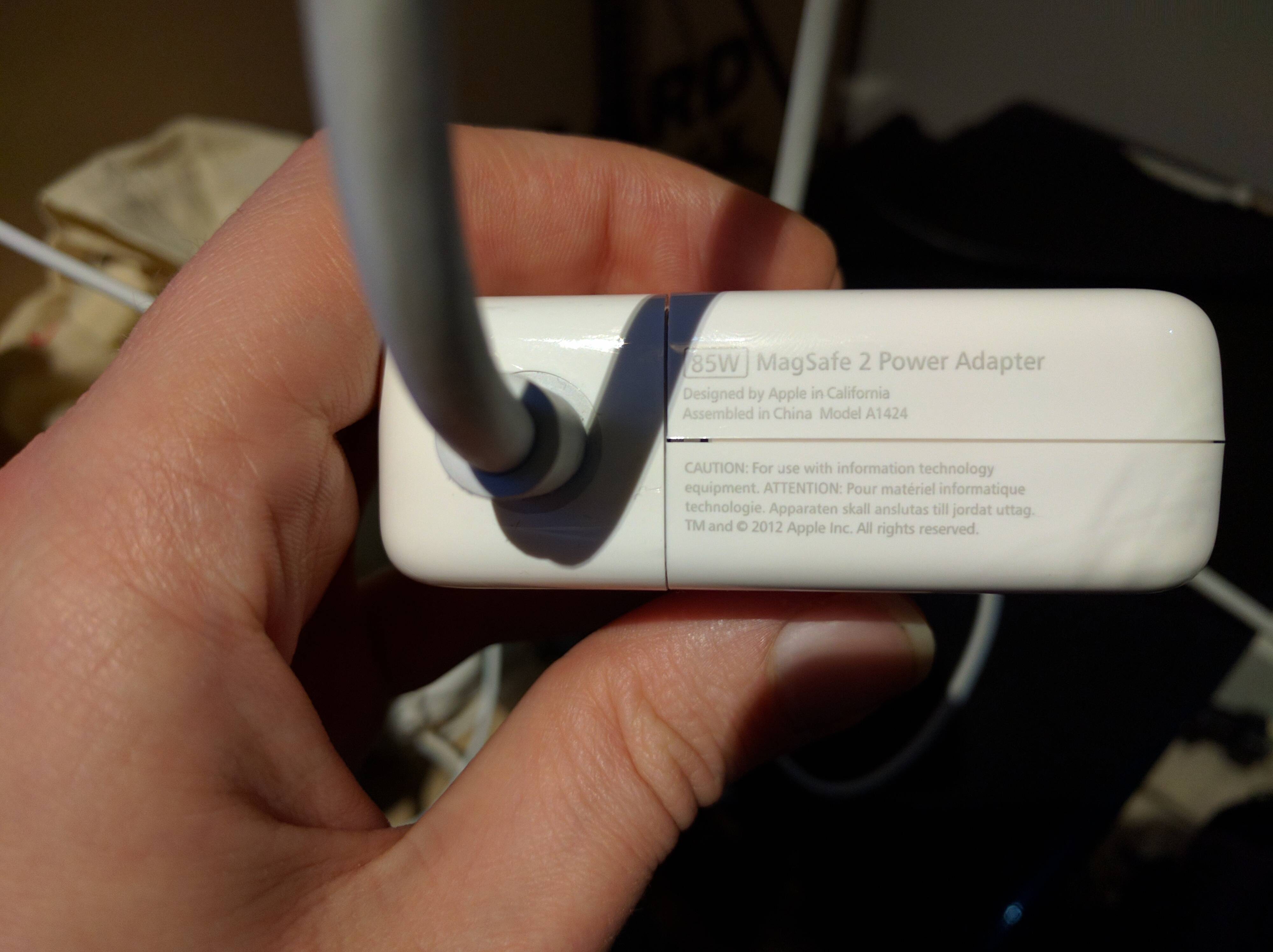 You have the wrong power adapter. 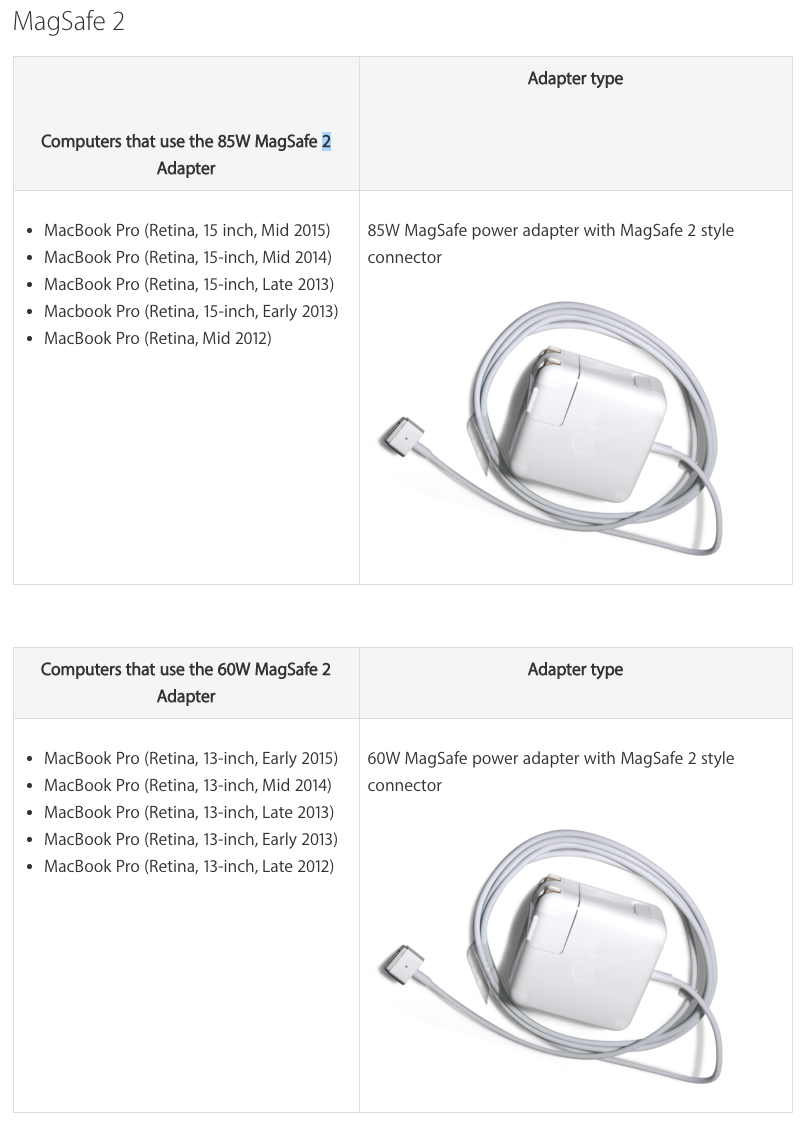 You can always use a power adapter with a higher power rating on a machine that requires less, but you can't use an adapter with a lower power rating on a machine that requires more. In other words a MBP with a 60W power requirement will work fine with an 85W adapter, but a MBP with an 85W power requirement will not work with a 60W power adapter.

This is the product you want.

Not the answer you're looking for? Browse other questions tagged macbook-pro hardware battery power power-management .