I have a Mac mini. I am using a Lenovo ThinkVision Pro2840m, connected via DP, as my monitor. I am using the Magic Keyboard. Can anyone please tell me the procedure to make the display brightness controls work with this monitor right from my keyboard? The screen brightness shortcuts, and the volume buttons are not working. I'm running OS X El Capitan.

Third-party monitor brightness can't be changed by using the Magic Keyboard keys. You'll have to use the settings on the monitor.

It's likely you can't, but just to double check, can you confirm you have the option of adjusting display brightness in the Display pane of System Preferences?

Most 3rd party monitors don't support external brightness adjustment via DP or HDMI. The same is likely the case with the sound if the speakers are integrated into the monitor.

It’s not possible without third party software. That being said, you can lock in your Macs brightness to the max brightness of your monitor, then use function flip to reassign your macs inbuilt brightness to fn+f1 and fn+f2. Then you can install QuickShade software dimming to use f1 and f2, and it’s like the built-in dimmer except both screens dim!

The app enables your brightness and volume keys to be used natively with external monitors, while also adding keyboard shortcuts for other useful functions like changing screen rotation.

If on the first try Lunar can't change the brightness of your monitor, try looking through this FAQ which lists most possible blockers of DDC and how to fix them if possible.

The most usual blockers are:

If brightness doesn't change even after trying all of the above, Lunar still has a fallback where it can change the brightness by manipulating the Gamma settings in software. The monitor LED panel brightness stays the same, but the colours get darker as you lower the brightness in Lunar which mimics a brightness change.

I've written about how that works here if anyone's curious about it: The journey to controlling external monitors on M1 Macs

Lunar should fallback to Gamma automatically if DDC is detected unresponsive, but you can also force that fallback by disabling Hardware Controls in the Lunar monitor settings 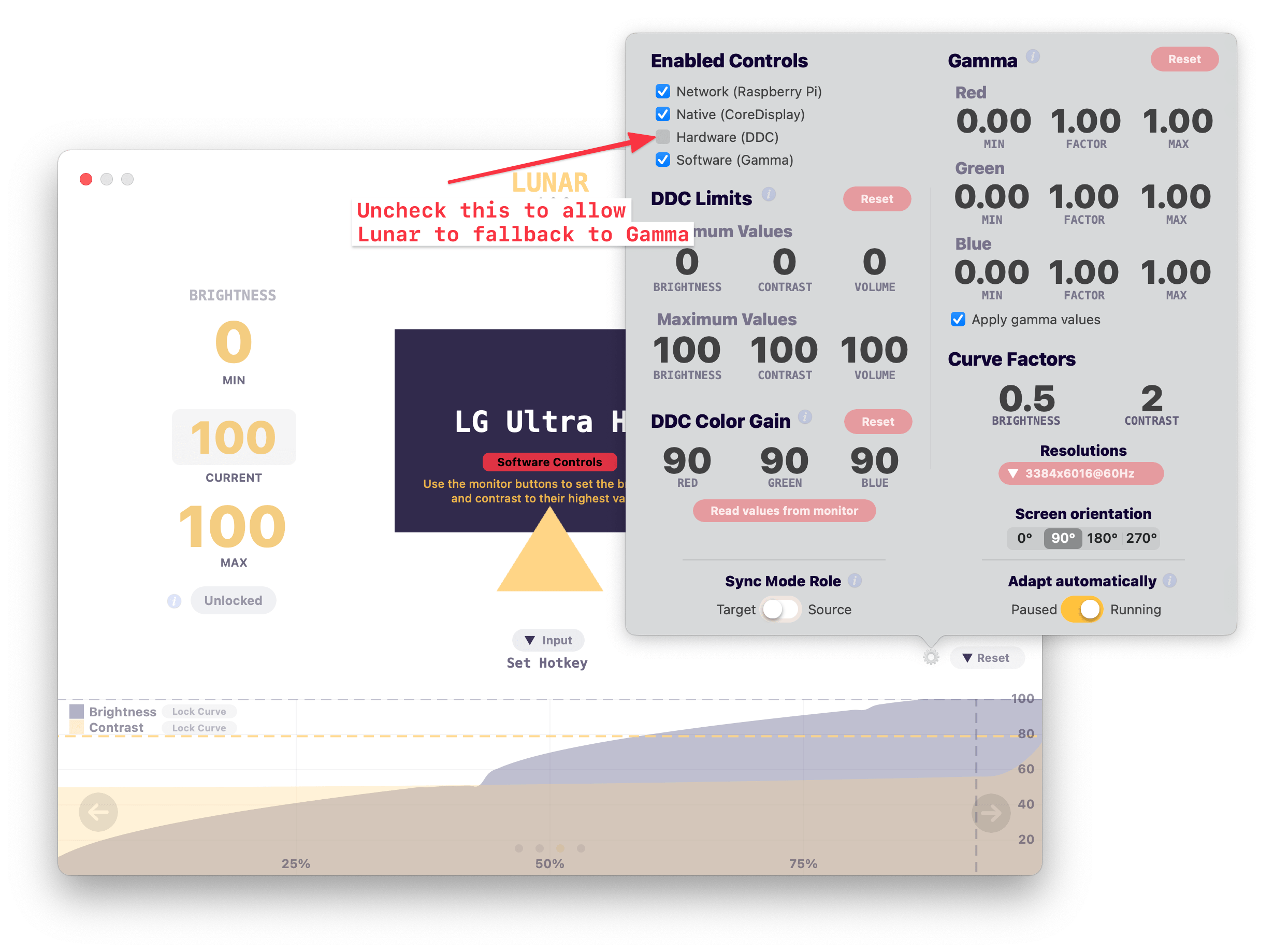 Disclaimer: I'm the developer of Lunar

Not the answer you're looking for? Browse other questions tagged keyboard display mac-mini .