Where are the other windows in Gimp?

(Edit: Fixed to be workable but still an open question - please see bottom)

I've tried using both the official version from Gimp's website as well as the one from http://gimp.lisanet.de/Website/Photo_editing.html.

Both exhibit the same problem: I can't locate any of the other windows like Layers or Toolbox. The only window shown is the one displaying my image. I've searched the interface for an option but can't find anything to reveal the hidden ones.

I'm sure it's not a bug and I'm just ignorant but can someone please tell me how to get the other windows to display? 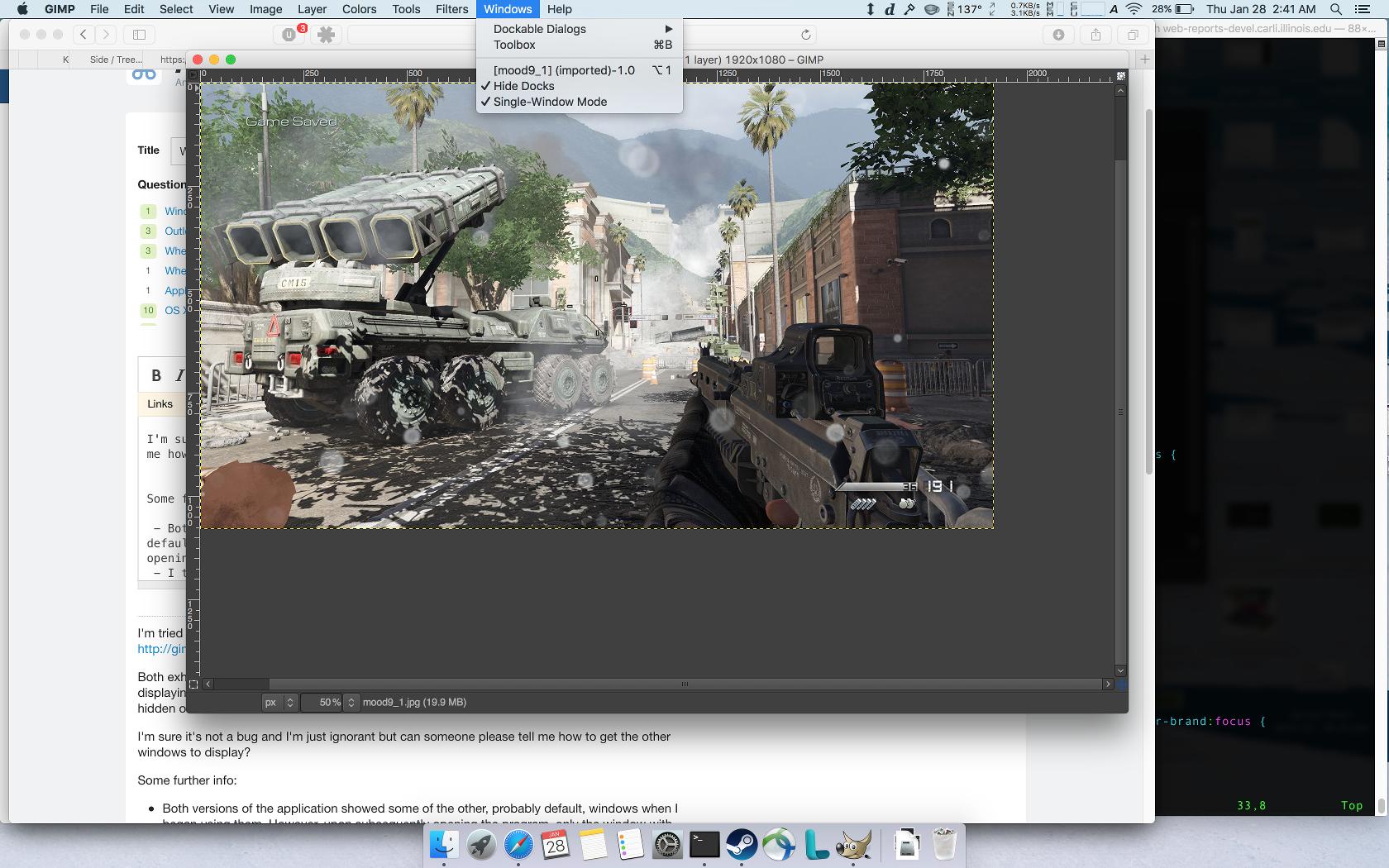 Thanks for the help.

Edit: In lisanet.de's version I just realized that "Hide Docks" was checked in Single-Window mode. Oops! Sorry about that. However, I'd still like to know how to get the other windows to show up in non-Single-Window mode.

In the Window -> Dockable Dialogs menu you should see a list of all of the possible windows you can show, such as Colors, Layers and so on. You can turn them on one by one and then re-arrange them into docks as before.

I remember that at some point there was an option to display the default docks but it seems to have disappeared.

Not the answer you're looking for? Browse other questions tagged image-editing .

37
Is there an image editor like Windows' Paint for OS X?
8
How to install plug-in in Gimp on OS X?
2
How to losslessly rotate rotate jpeg images *without* a change to the last modified date?
0
How do I retain my photo edits when opening the files in other apps?
4
Hotkeys being captured in save menu in GIMP?
3
Can I make GIMP work as a MacOS X Service?
1
iPhone Camera Roll has created .XMP files causing photo import crashes in Windows
2
Safari showing border of transparent PNG
1
In Preview, what properties are the top three level sliders?