I'm trying to set up the command keys on my 2014 macbook pro (10.10.1 Yosemite) with my new wireless microsoft sculpt keyboard: 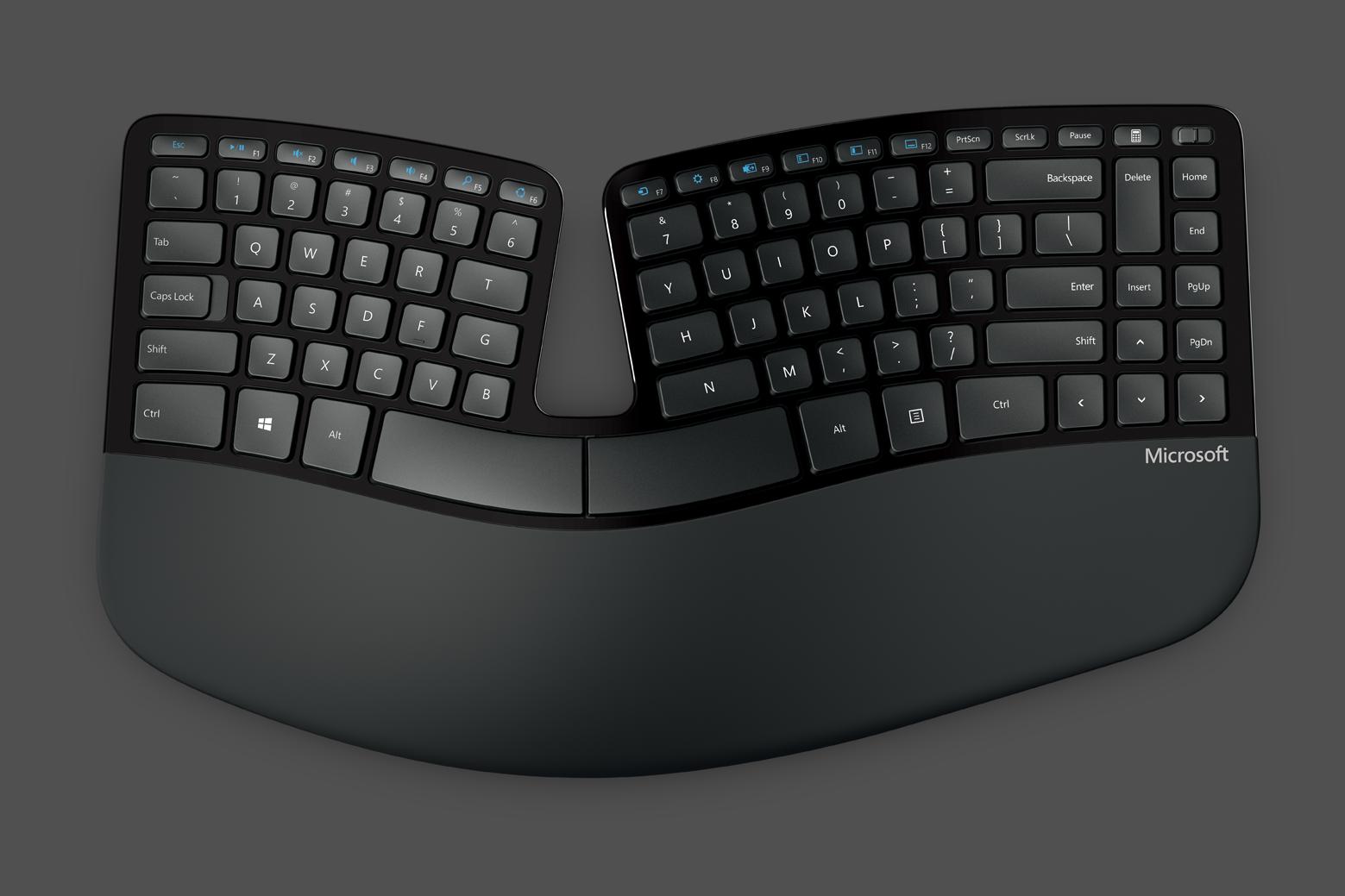 I went into my system prefs and started trying to make it so I could map the ctrl button to macs command button with no luck (note I set it back to default after): 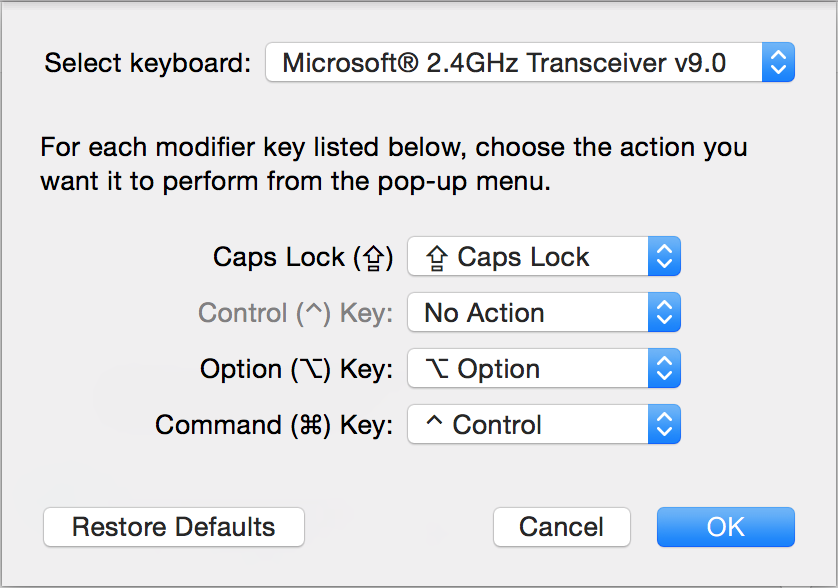 Now I'm using Karabiner and trying to map the keys ctrl_l to command_l, but it still doesn't seem to be working.

The Key mappings are working on the macs keyboard, but not my sculpt keyboard.

I mapped the return key to command and now when I hit enter on my sculpt it acts as if it is the command button. I just now need to figure out what the ctrl and alt button are mapped to by default on the sculpt. Any ideas?

In the event viewer in the Karabiner program when I push down the ALT and CTRL buttons they don't get picked up. But when I push down the windows button it is registered already as the command_l and the button between the right CTRL and ALT registers as as PC_application. Now I need to figure out if I can get the CTRL and ALT buttons working or how to just register the pc_app button as options and call it a day.

and then in Karabiner do this: 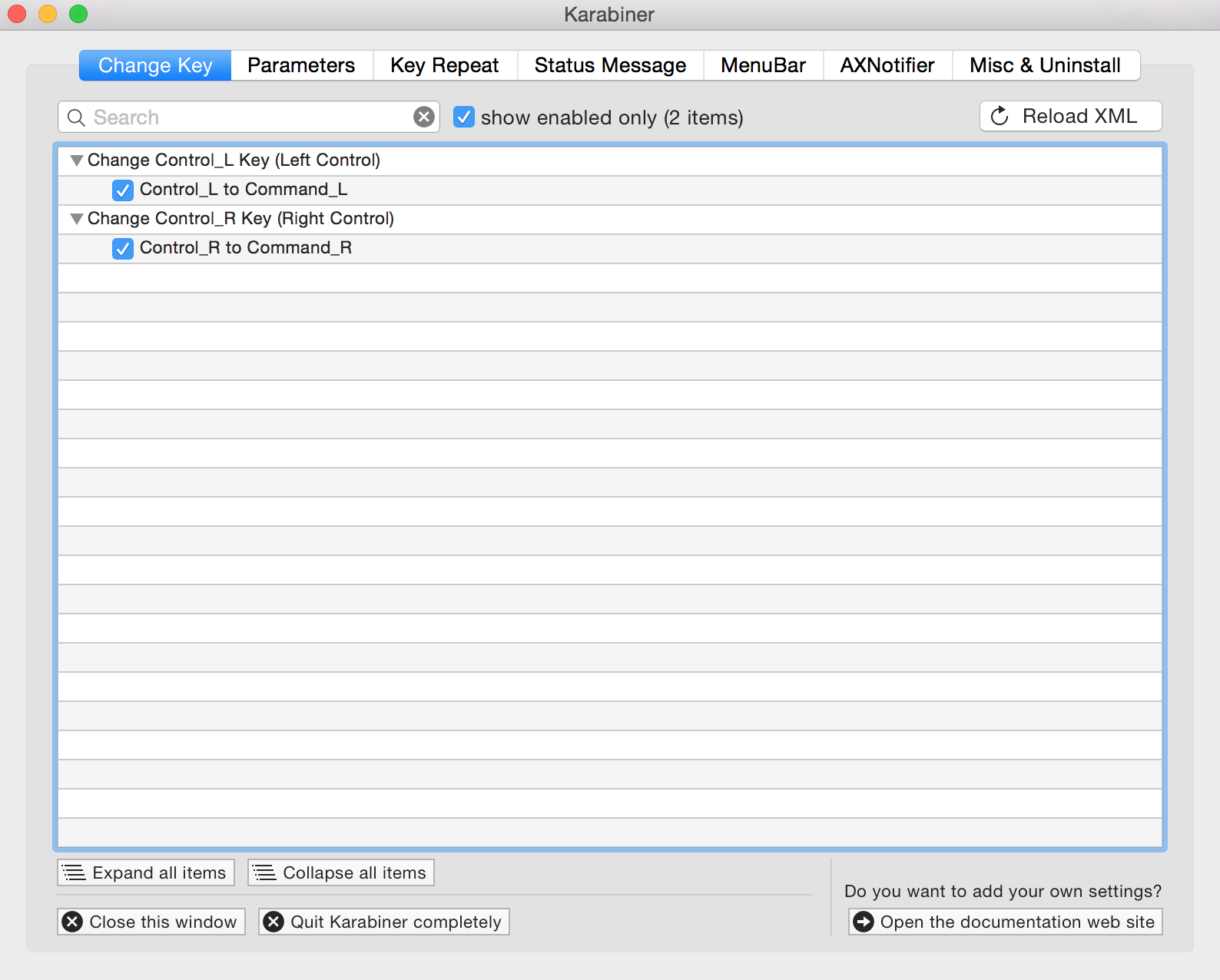 Not the answer you're looking for? Browse other questions tagged macbook-pro macos keyboard .

18
How can I switch option (alt) and command (windows) keys for Windows 7 in Boot Camp?
3
Keyboard option keys work as command keys
9
Mac OSX not automatically remapping windows key to cmd
0
Command and Option keys not working on one keyboard (not hardware)
9
Is it possible to swap option and command keys for a specific keyboard?
3
Microsoft Sculpt Keyboard doesn't work on macOS Sierra
10
How do I get the calculator button on a Microsoft Sculpt keyboard working?
1
Mapping special G-keys in OSX
0
Command/Control keys are split on PC keyboard with Mac
0
How to remap “right option” key to “control + option + command + shift” in Karabiner?