I am only seeing 1:50 of estimated run time on a new MacBook Pro battery. Problems?

I have bought brand new MacBook pro 15-inch model with highest specifications in this June. I have also installed newest Mac OS, Lion.

However, how it could be strange, when cable is not plugged it, battery shows me that there is only max 1:50 of vitality (nevertheless, despite the fact that there is written in the official web page (http://www.apple.com/macbookpro/specs.html) that the battery work is "up to 7 hrs wireless web".

I do not know what the problem is, is this OS problem or the issue with the battery.

Okay, after all your recommendations it shows me almost 4 hours on 98% of battery. Here is the screenshot (is it normal to have 4 hours with these processes running?): 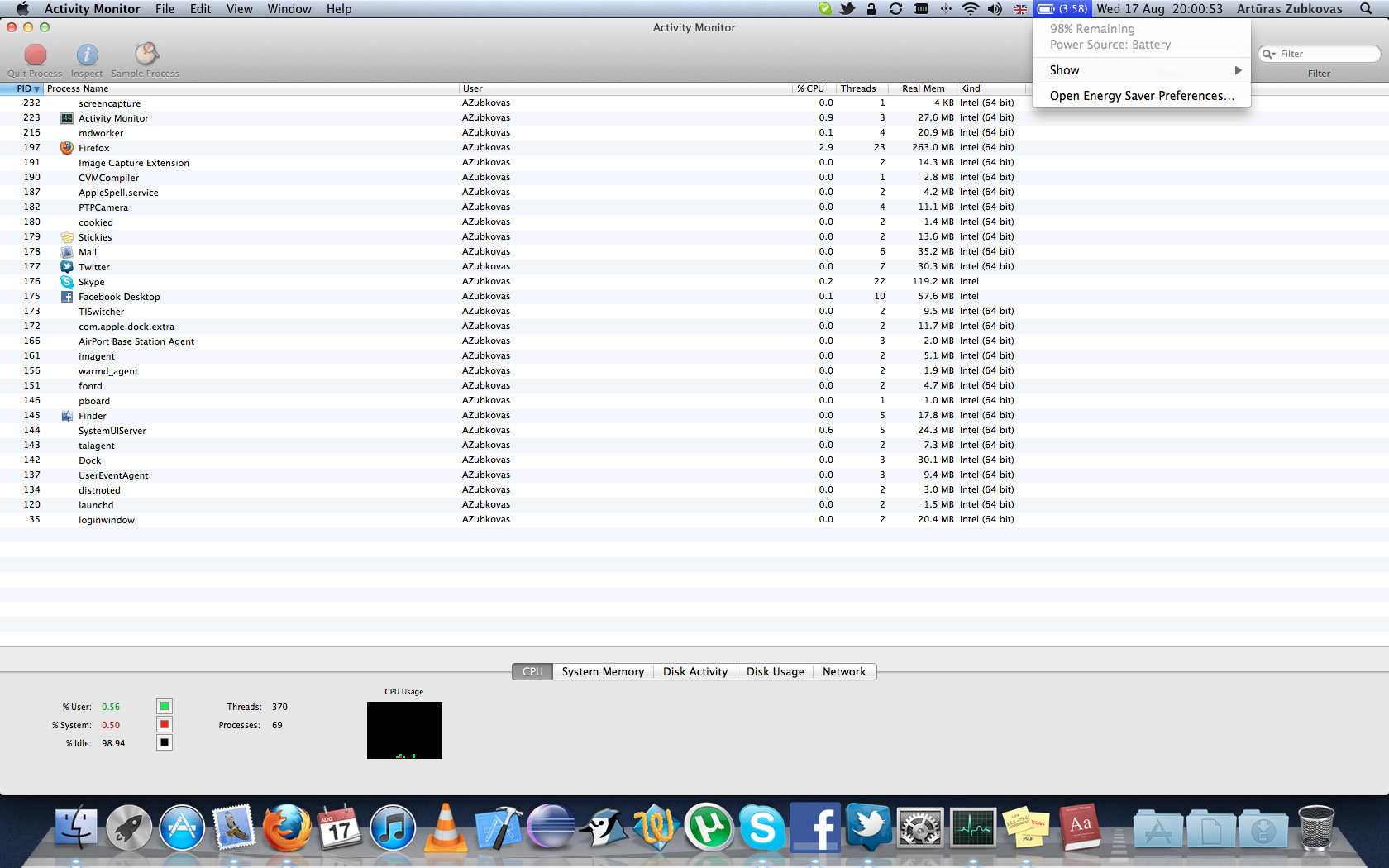 First you should try to reset the SMC and then calibrate the battery.

Calibrate the battery by charging it all the way and let it stay charged for 2 hours (you can use it as long as it's plugged in), then using it until you get a pop-up that says that your computer is running on reserve power. Disregard that and make sure that anything that you're working on is saved. Use the computer until it shuts itself off. Let it sleep that way for 5 hours, and then after those 5 hours plug it in and let it charge up all the way.

To reset the SMC: 1)Shut down the computer.

2)Plug in the MagSafe power adapter to a power source, connecting it to the Mac if its not already connected.

3)On the built-in keyboard, press the (left side) Shift-Control-Option keys and the power button at the same time.

4)Release all the keys and the power button at the same time.

5)Press the power button to turn on the computer.

What are you doing when you are testing? The "up to 7 hours" is for basic web surfing with little computation going on. If you're pushing the system hard, it's inevitable that estimated battery life will show as lower.

Estimated battery life is essentially (battery level remaining / current power usage). As usage goes up, estimated life goes down. That's standard for all laptops, by the way. Of course, all manufacturers quote the highest life value, but then most laptops don't spend much of their time being pushed hard.

Not the answer you're looking for? Browse other questions tagged macos macbook-pro battery power .