Can Siri play a recent iTunes Radio station without an Apple Music subscription?

I have an old iPad 2 and an iPhone 4s. It's about time for me to upgrade from iOS 7, so I started with the iPad. I saw that the Music app has changed, and the Radio section doesn't show my stations like it used to, it just has them in a big "Recents" list. I currently use Siri on my iPhone 4s to play from my stations. Would I still have this ability with iOS 9?

Note: This was originally asked prior to Apple ending iTunes Radio for non-subscribers.

It looks like you still can play your iTunes Radio stations from Siri. From what I understand, you're correct in your observation that you no longer can view all of your stations outside of the "Recently Played" section, but Siri can both create new stations and play existing ones on command.

I tried playing/creating stations through Siri a few times on my iPhone 6+ running iOS 9, with these results:

When I tried to play an Owl City radio station I had previously created, and told it, "Play my Owl City station on iTunes Radio," it played Beats 1. But this worked (and created a new Owl City station instead): 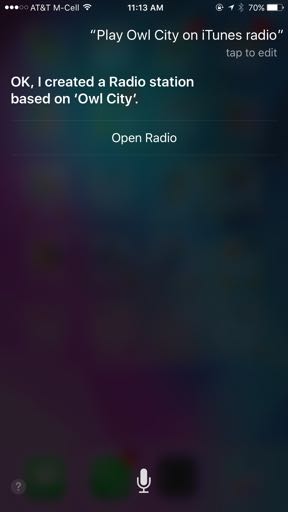 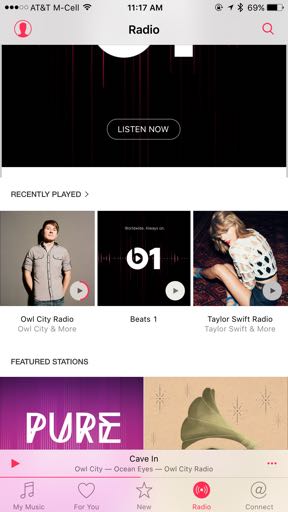 To make sure that things were working the way I thought they were, I also tried playing a Taylor Swift station I had recently created. This time, it played the station without creating a new one. 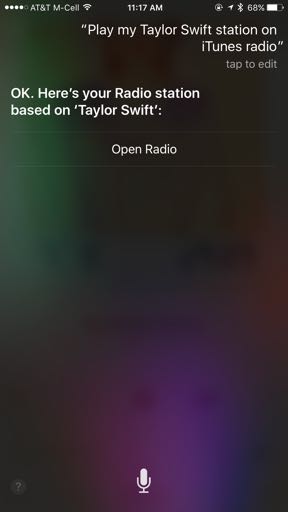 Unfortunately, you can't just say, "Play my most recent radio station," and expect it to play your most recent station. Instead, in my experience, it jumps to Beats 1, what Siri calls its "favorite radio station." You can see the Music app cueing it up in the background thanks to Siri's translucent new appearance. 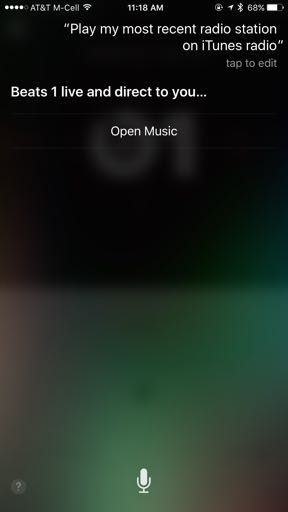 Not the answer you're looking for? Browse other questions tagged iphone ios apple-music itunes-radio .

3
Why isn't iTunes Radio presenting the options affecting station variety?
4
How to play Apple Music and Radio (Beats 1) on iTunes?
6
How to disable Apple Radio in iTunes and iOS?
2
Why have I lost the ability to play my cloud music with Apple Music?
0
Music app suddenly switches to speakers
1
iOS 11 on iPhone 5s: Should I expect a decrease in performance?
3
iTunes Internet Radio on iOS
0
Launch Apple Music radio station directly from command line
3
How can I listen to my mp3 audiobooks on iPhone?