In Snow Leopard when I used a screencapture program (⇧⌃⌘4) on the screen area that was zoomed in (by using ⌃ + mouse wheel) the resulting screen shot has the same zoom factor. Super useful when I wanted to take some small, detailed screen shot.

In 10.7 screencapture ignores the zoom factor and resulting screen shot is in 1:1 scale.

Is there some defaults setting, or anything else, that could bring back the SnowLeopard behavior?

The answer appears to be "No". I have also tested this with the commercial screen-capture utility SnagIt, and it behaves the same way, which is different in Lion from the way it behaved in Snow Leopard.

My suggested work-around is to use Automator's built-in "Scale Images" action to create a workflow to scale your screen shots to the size you want. 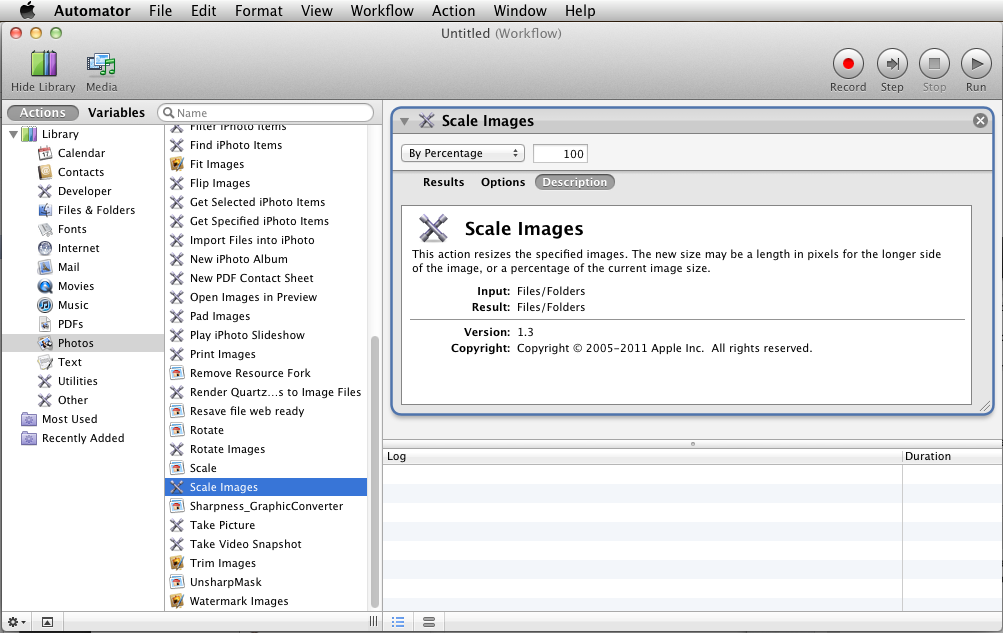 Not the answer you're looking for? Browse other questions tagged macos screen-capture defaults zoom .