I am having issues with WiFi connection since I started using Magic Mouse. I'm using a 15" MacBook Retina mid 2012 with El Capitan. The connection is much slower on the MacBook than any other devices when I run speed tests. Ping is around 300ms instead of 10ms which I am getting on other devices. Also speed is lower on the MacBook. Sometimes things are so bad that I cannot establish a connection to remote hosts and things go in timeout (e.g. http, Skype, and other protocols and ports).

I've read elsewhere that it's recommended to change the frequency which the router operates from 2.4 GHz to 5 GHz. However this is not an option for me as I don't control the network infrastructure of the places where I use the MacBook.

Are there any other fixes for this issue? If not, do you think I can ask Apple for a refund as they clearly are incompetent dealing with this?

See result of pinging google.com, from the screenshot it's possible to see how initially the ping time seems normal but then it went up or even goes in timeout from the exact moment when I switched on the Magic Mouse 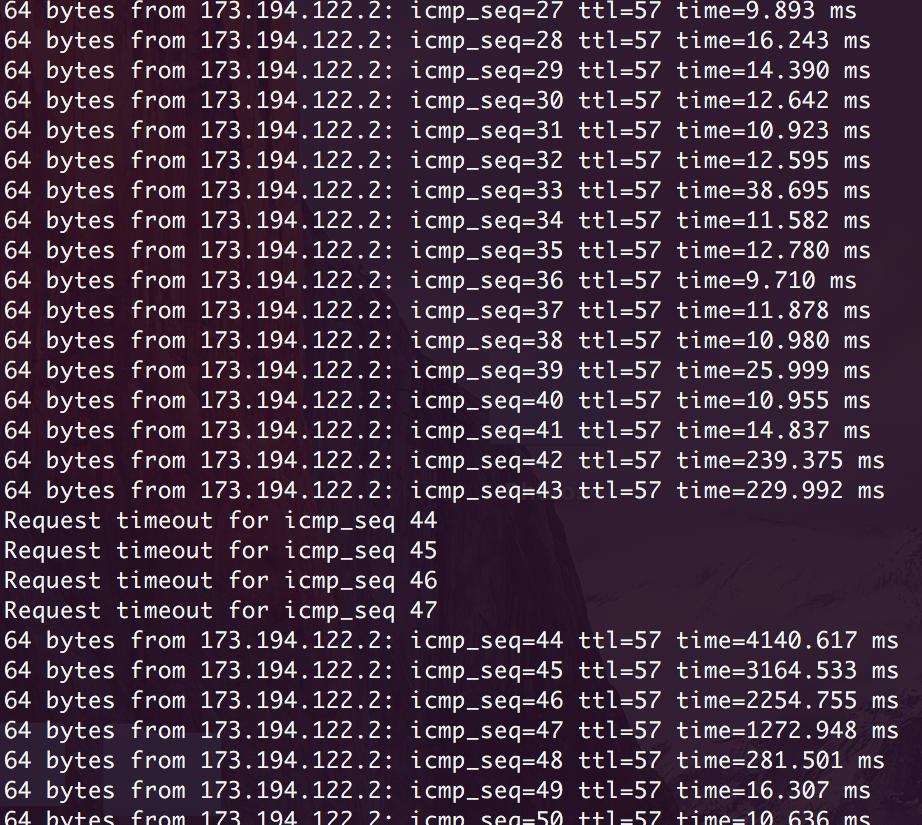 Not the answer you're looking for? Browse other questions tagged wifi mouse router .

18
Why do my Macbook Pro's WiFi speeds drop significantly when paired with Bluetooth devices?
4
WAN connectivity failure every 5 minutes on Technicolor router
1
MacBook on takes long to establish WiFi connection
4
How to change bluetooth frequency for magic mouse 2
3
Wi-Fi disconnecting when "under load"
1
Bluetooth lagging on Macbook Pro 16 inch 2019