Is there a way to change the font color of the current path in termial? [duplicate]

I'm styling my Terminal and what I need is to change the color of the path, if you still don't understand what I mean, here's a pic: 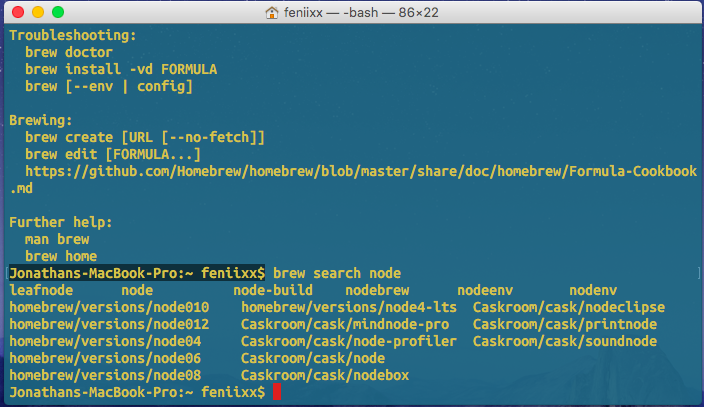 There you can see the shaded area (Jonathans-MacBook-Pro:~ feniixx$), That is what I want of other color than dark yellow, is it possible?

The text you highlighted is the prompt. It is stored in the PS1 shell variable.

You can read the current value with

and then set it with (for example)

While the colours can be changed with escape sequences. See http://bluesock.org/~willg/dev/ansi.html for a list.

2
Changing the color of the path in Terminal.app

0
Making and applying a custom design to a chart in Numbers
25
I-beam cursor color in Mavericks's terminal
3
AppleHighlightColor syntax
14
iTerm2: How to change the color used to highlight search results?
9
Change output color of terminal (in Mac) to be different from typed text color
0
How to change title font color/style/etc for all Powerpoint slides?
1
How can I change the apperance of terminal to make it indentical to Ubuntu's terminal
1
How to make path prompt easier to read by color-coding each `/` (forward slash)?
1
Change highlight color for deadkey previews (like accents: `´^¨) in terminal app