Audio warning to warn you that your laptop's battery is low

I have two computers where I work back and forth, sometimes I'll launch a render on the MBP and go work on the iMac.

But sometimes, I unplug the MBP, go do something else, and rendering uses up all of the battery, which in turn makes the computer shut down mid-process if I'm not aware of the battery's condition.

I then have to plug it in, restart the computer, resume work if I haven't lost anything in the process.

I would love to know if there's a way to get an audio warning at some point while the battery is declining, like an alarm, this way I would be able to go plug it in even if I'm doing something else in another part of the house.

I looked in the System Preferences, but didn't find anything. I don't want the computer to go to sleep when the battery declines, but instead warn me, so I can plug it and avoid it dying. 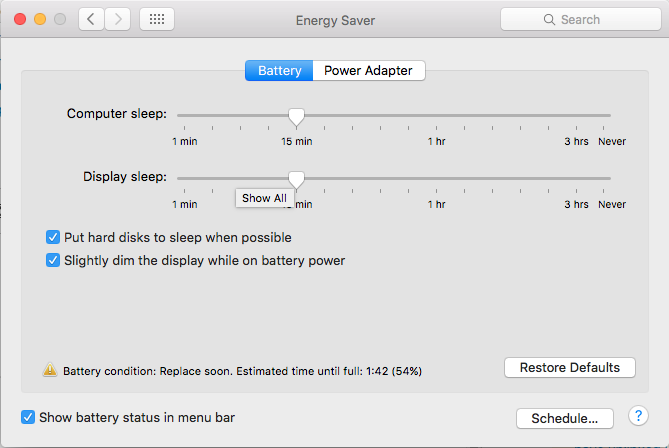 I found this but it seems a bit hard to setup.

I found this article too, which doesn't explain very well what this app does.

In this discussion thread, a user talks about an app that another user later on criticizes.

I'm not sure I want to try all three of these apps, and then have to go through uninstalling them if they don't do what I'm looking for.

So, is there a simple way to get this kind of warning?

EDIT: following the numerous comments, I would add that the solution has to work in situations where I don't have a charger at hand, or where I'm out of the house, for example if I'm out of the house with no charger, working in another part of the office than the one my computer is in, in order to be warned to save my documents before the battery dies.

26
How to disable battery charging?

10
adjust battery-warning-level of magic mouse
3
Service Battery Warning
5
How can I reset the service battery warning?
4
Understand iOS Low Battery logs
0
set audio alarm for when charger is disconnected
1
Inconsistent charging of 2017 MBP 13" (A1708)
2
Can I charge a Macbook Pro 16" with a modified sine wave inverter?