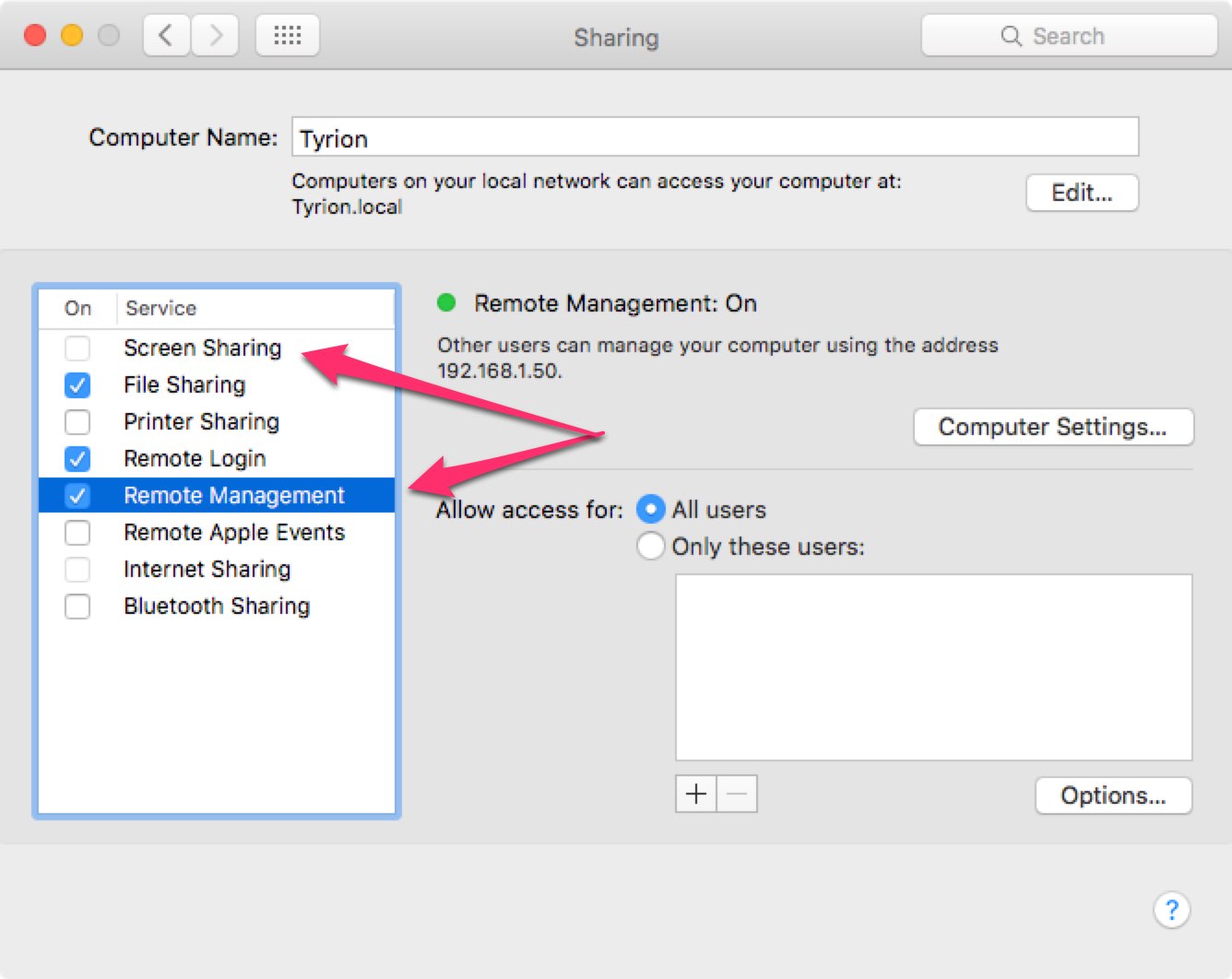 To be clear - the top-rated solution here alone from colo2100cent does not solve the problem if you're connecting to a MacBook with the lid closed (tested using a mid 2011 MacBook Air running Sierra - VNC disconnect required opening the lid and a physical button press to wake it up), but works fine if you're using a desktop based Mac like a Mac mini or an iMac. A display must be connected externally for this to work on a MacBook, but this is wasteful if it's being stored in a closet as a server or otherwise not being physically accessed.

What solved the problem for me was executing the command in colo2100cent's answer:

while also having a headless ghost display connected to the miniDP port, purchased for about 10 bucks. It tricks your MacBook into thinking there's a monitor connected at all times but does not require a monitor. Works like a charm - no more sleeping after VNC disconnect.

Not the answer you're looking for? Browse other questions tagged macos screen-sharing .