I created a partition to run Snow Leopard on my computer running El Capitan and no longer need it. I allocated 20GB to that partition. Here's what I've done. I first go into Disk Utility, select my partition and click 'Erase'. It apparently erases everything but there is still 67.4 MB being used on the partition that I can't remove: 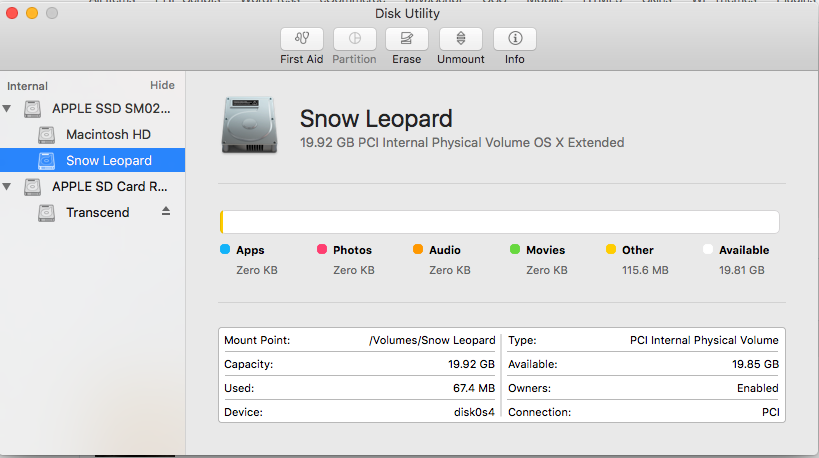 If I go into finder this is what I see on that partition:

Those are hidden files obviously and I can't delete them. I then go to the hard drive itself and click 'Partition' but when I do that and select the partition I want to remove, the minus button isn't an option: 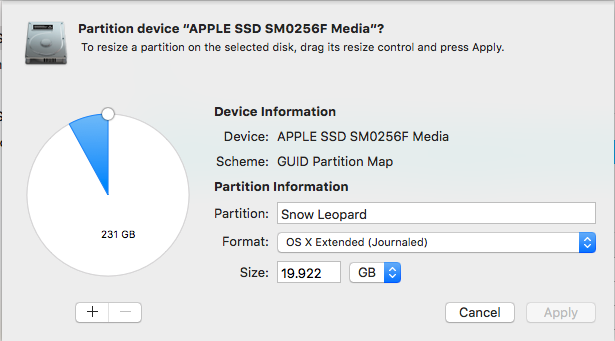 I can't manually resize the partitions either (I want to re-allocate the disk space to my main drive).

Any ideas on why I can't remove the partition?

Another cause of the "minus" button being greyed out in Disk Utility is that it doesn't allow you to delete the first partition on the disk.

I've had the same issue in El Capitan. The instructions above which feature the old version of Disk Utility are obsolete as the new version (El Capitan and up) does not offer the same set of options.

That said, in order to remove the extra partition for which the minus button was greyed out, I simply rebooted into Recovery Mode (CMD+R during boot) and ran Disk Utility from there. The button was no longer greyed out.

I solved this on my external drive using diskutil to merge the problem partition with a following partition. Update: Klanomath points out this won't work if you've booted from the disk you want to modify.

Note: Data will only be preserved on one of the partitions (the first mentioned in the diskutil mergePartitions ... command) so create a backup first if you need to.

Get a list of partitions on the drive. Leave out the disk identifier disk2 if you want to see all disks

Merge the problem partition with the following partition giving the merged partition a name, say MyNewPartition

In my case the merged partition still could not be resized or deleted in Disk Utility but at least I had removed the unwanted partition.

I booted osx from an external drive and used disk utility to select internal drive and erase the drive completely giving me back full disk space. probably back up first :)

In Disk Utility, there's a difference between deleting and erasing.

Erasing a partition simply clears all data on that partition. The leftover .blah files are OS X config things. The partition still exists on the disk, it just now doesn't have anything in it.

From your question, you would like to delete the partition completely. Thus: 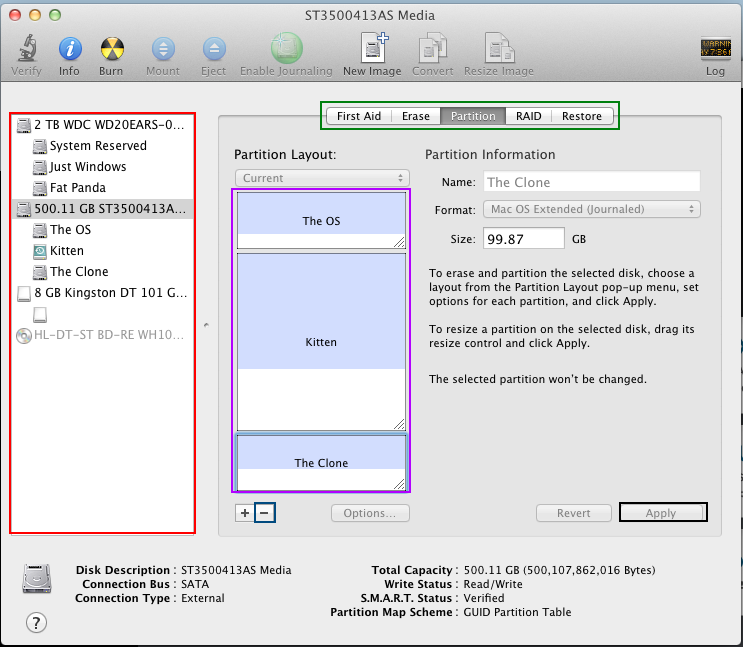 The names and OS X version in the image are different(I think that is from 10.9), but the steps and buttons are the same.

EDIT: This may be a workaround if you do not have the minus button:

Not the answer you're looking for? Browse other questions tagged hard-drive disk-utility macos partition .