I essentially have an updated version of this question: How do I prepare a new device in Configurator without updating the device iOS?

I have an iOS 9.0.2 device. I want to Prepare and Supervise it with Configurator 2, but do not want to update the device to iOS 9.1. With the old Configurator, this was possible (see answer to linked question).

Does anyone know if there is a similar way to do this with the new Configurator 2?

It seems that the way Apple wants you to do this is described here:

You can use Apple Configurator 2 to install beta versions of iOS software. 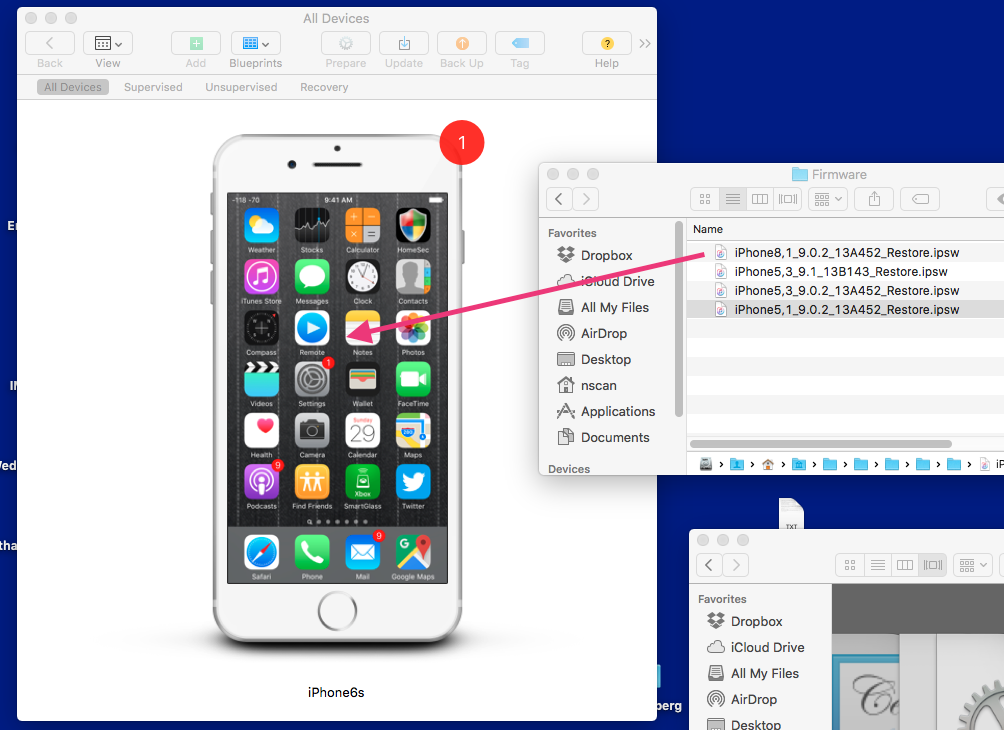 However, the specific use case described is for beta versions of iOS. In my case, I wanted to install an older (than the newest public) version of iOS. It looks like the UI is the same for doing either.

When I attempted to prepare my device this way, the process failed with error codes:

I am not clear whether this is because updating a device to less than the newest version is unsupported ... or there is some other problem. Therefore, I'm leaving this answer, but not accepting it as solved, should someone else have more to add.

There's a terminal command you can run to fix the Personalization Failed error. You can read the solution here: https://www.tecklyfe.com/fix-for-apple-configurator-2-personalization-failed-4027-error/

Not the answer you're looking for? Browse other questions tagged ios mobile-device-management apple-configurator .

3
How do I prepare a new device in Configurator without updating the device iOS?