I purchased an additional 2 8GB ram sticks for my iMac. My intent was to upgrade the original 8GB (from Apple) to a total of 24GB.

When I opened the back, I noticed Apple had installed a 4GB slot in the 1st & 3rd slot. I thought that odd and would have expected it in the 1st & 2nd. I googled around to see where I should add my additional 8GB cards, but didn't come up with anything. So, I installed in the 2nd & 4th slot. 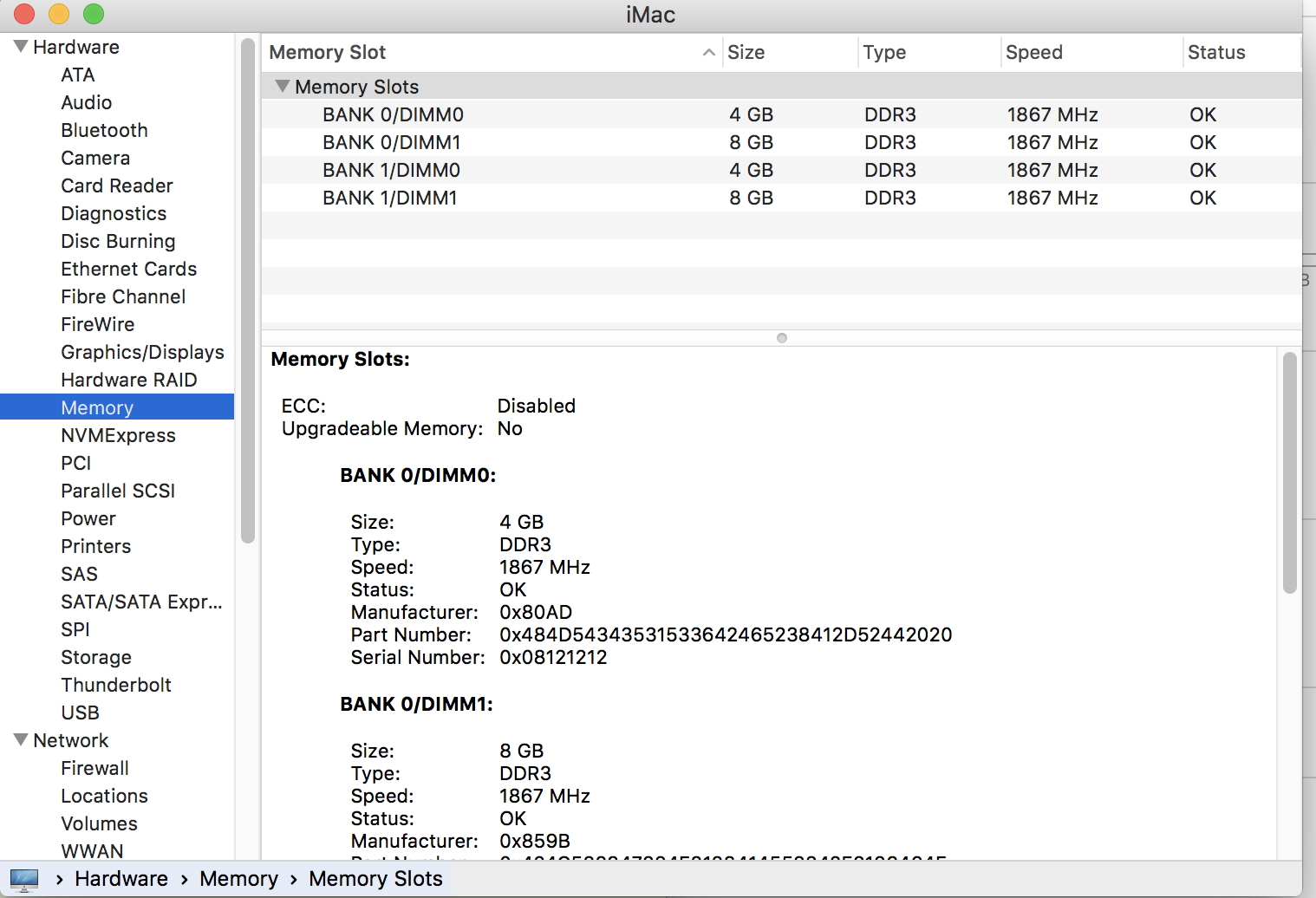 Just to confirm, this is a poor setup?

I recently bought RAM from a thirdparty vendor and faced the same issue/question. Well, initially not (for a day or so) but after I wanted to play some games in Windoes 10 on bootcamp (Battlefield1 and Dragon Age Inquisition, both using the Frostbite Engine) I faced some issues. Both games crashed to the desktop after 5-20 minutes of gameplay. This did not happen before I added the two new RAM modules and I changed nothing else.

I had 2x8GB original RAM installed in slot 1&3 and I placed the new modules into the slots 2&4. After I noticed the crashes I searched the internet and also found the apple instructions mentioned (https://support.apple.com/en-us/HT201191). But the guide doesn't mention anything about the correct slot usage.

Contacted the vendor and they told me that it would be best to use slot 2&4 for the larger RAM modules and 1&3 for lower modules. But of course all my modules were 8 GB - so equal size.

Searching the internet I found some sites suggesting that memory modules of the same type should be in the same bank.

I know, its not a scientific answer with hard facts but I would still suggest this layout. Cannot tell if this is a good layout for dual channel mode though. 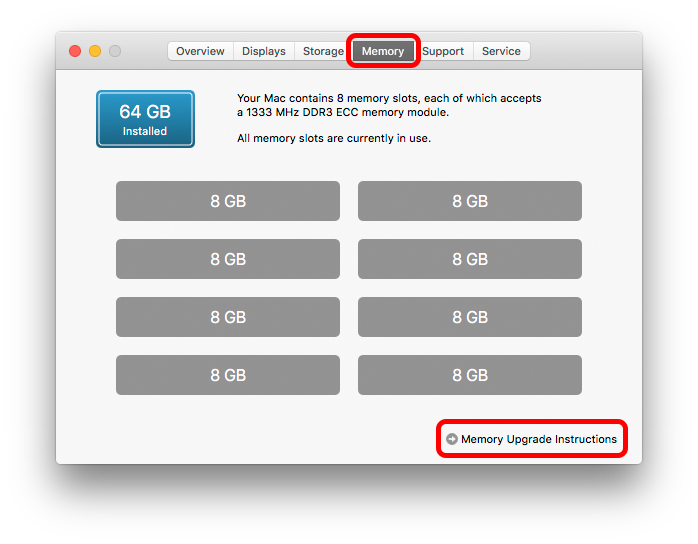 I have a different machine, but I think the link ought to take you to

Apple KB - iMac: How to remove or install memory
…though strangely that page has no opinion on how to optimise for different RAM configurations.
The equivalent page for my machine has this to say…

Normally, the optimum configuration is to have matching pairs in each bank, which would make your current setup non-optimal.
I would test by swapping one of your 8s to a slot currently occupied by a 4 & see if the Memory Slot Utility has anything to say about it.
If it doesn't say anything, then either it doesn't know, or it doesn't care - but that would be the ideal, imo.