My cat obliterated my power cord yesterday. Being a student, spending around 100 euros on a new charger was not an option. So I found a 10-years-experience-in repairing-electronics-company and they replaced my power cord today for around 25 euros.

The process was opening the 'main-box aka the charger itself', cutting the power cord and replacing it with a new one from what they told me (wasn't done in front of me). The charger looks like brand new (by brand new I mean, looks like before the operation, they didn't cracked the case or used duct tape to close it after the process was over) so apparently they didn't lied around the part that they are pro. They also told me that the replacement cord is genuine.

Now, how can I actually check if it is genuine as I am concerned to not get my Macbook fried. Or should I ask what are the risks of having a fake power cord ? Tho' I suppose having a power cord fake should be less dangerous than the entire charger.

I am asking these questions as the MagSafe2 adapter looks quite shady, as the light from the charging LED is leaking around the cord. I attached a picture to be more specific. 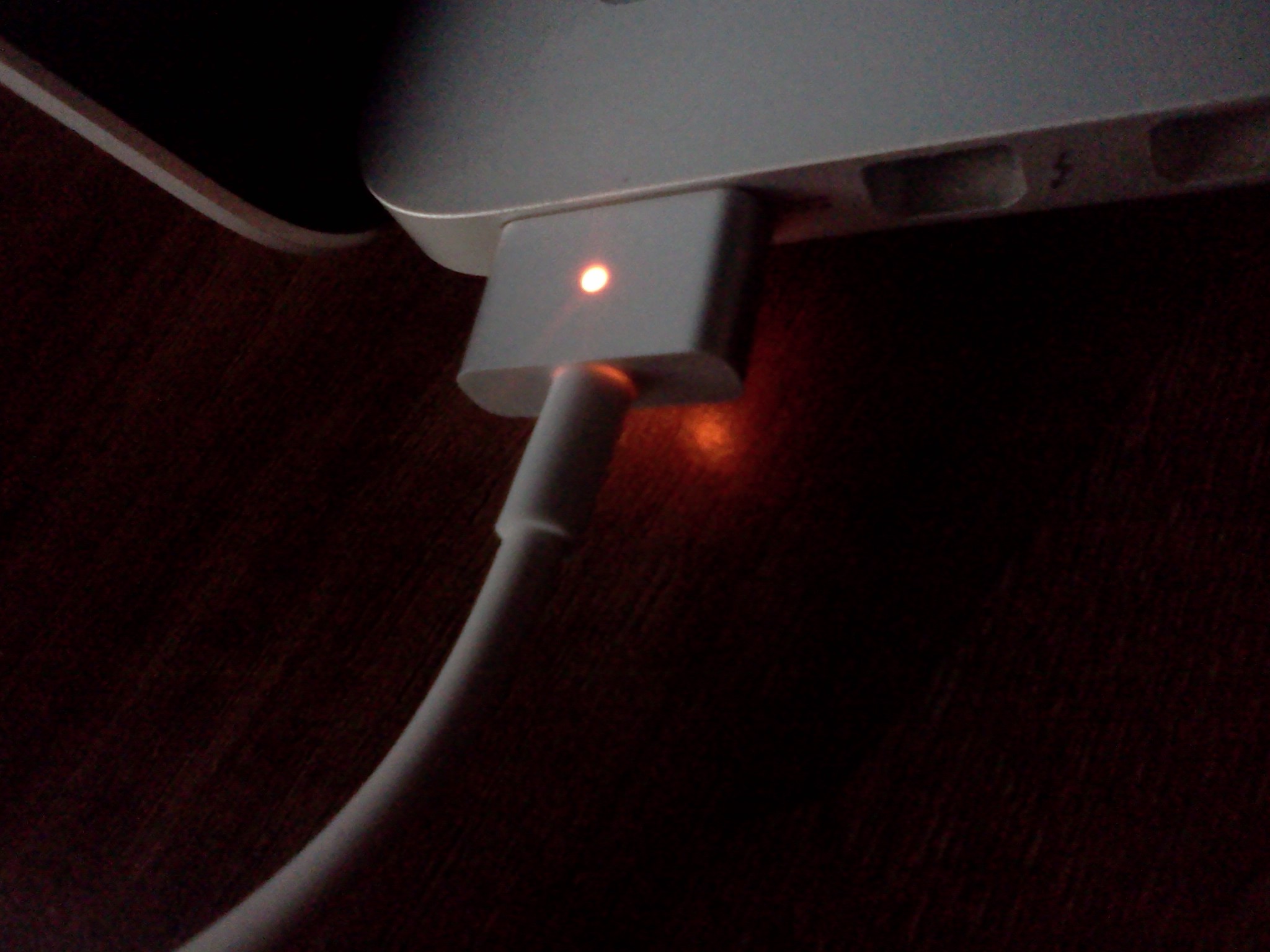 After they replaced the cord and tested the charger so I could see that the laptop is charging they went through the menu and showed me some info regarding the power (60W) and infos I simply did not understood. I will post a picture of that screen with those informations. As I do not know how they were before replacing the charger, I cannot compare to the current values. 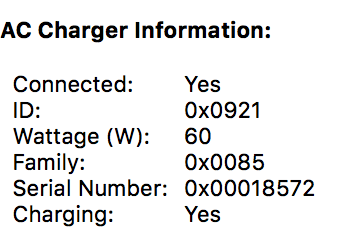 It isn't. Apple does not sell replacement parts and does not license the Magsafe to anyone.

You get this AC charger information provided by Magsafe connector, not by power adapter. A power adapter is connected to a Magsafe T connector only by two cables. Magsafe T Connector has 5 pins. 2 outer pins for ground/-, 2 inner pins for power/+, and the middle pin for communication between T connector and the Mac. If the battery is fully charged and the led in the connector changes to green, you will get the same information but the above charging info change to No. What makes Apple chargers expensive is the adapter, not the cable/connector. So beware of fake adapters.

Not the answer you're looking for? Browse other questions tagged macbook-pro battery charging magsafe charger .

1
My iPhone 3GS battery went dead
0
I know my battery should be replaced, but is that all of the problem? (Update)
2
Macbook Pro not responding to keyboard or power button
2
3rd party power adapter causing screen glitches?
4
12" MacBook battery is dead after 386 cycles
3
MacBook Pro only charges with smaller MagSafe 60W
0
Do battery strips prevent an iPhone's power from cutting out?
0
My 13” MacBook Pro 2020 Thunderbolt port not working/charging