What are Apple's Update and End-Of-Life policies in 2015?

I have a couple of Macs that are required to be held back from upgrade. The requirements are due to (1) use of earlier iPhone/iPad devices, (2) operational requirements, like a particular piece of non-Apple software needs a particular version of OS X, (3) personal preference, like I don't like the color scheme and "cartoon-ish" look of the themes on later OS X versions.

This week, Apple released a number of security updates. Confer, the APPLE-SA-2015-10-21-XXX security bulletins. However, it appears Apple has partially abandoned my operating system (which is less than a few years old). The OS has known outstanding security issues that have not been fixed.

I can only say "appears" because I don't believe Apple announced the OS is no longer being supported or is at End of Life. In fact, trying to search for the information on Apple's site results in mostly useless fodder and other's similar questions: end of life policy site:apple.com. Broadening the search to the web produces more fodder. And I can only say "partially" because because Apple patches some of the OS's applications, like iTunes. Below is an image of iTunes being updated to 12.3.1 in October, 2015.

What are Apple's current Update and End-Of-Life policies? And why is iTunes being updated, when its a non-essential app? 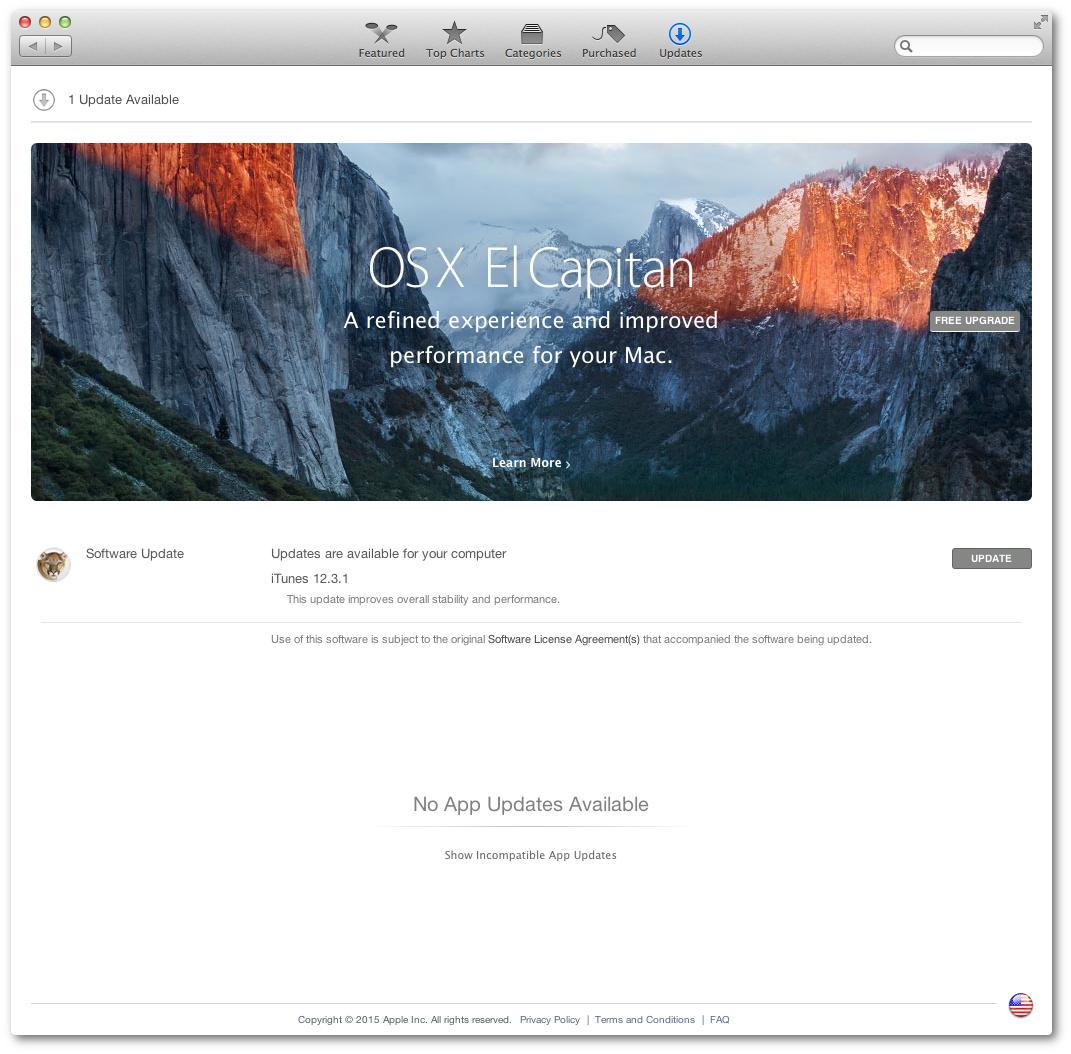 Generally speaking, Apple release security updates for the current version of OS X and the two previous ones. Since new versions are released annually, that means that any particular version has three years from first release to end of life.