Updated XCode to 7.0.1 via the app store but it still shows itself at 6.4 in the app and missing the new features

So I had it do the OS update to 10.10.5 and let it do the reboot and install process. It came back up and it still shows that XCode is at 6.4 in the application itself, but as updated in the App Store.

What gives? Any idea how to get it to actually update?

I would do the following:

If your command line tools and Xcode about box don't both say 7.0.1 (7A1001) then you might want to just delete Xcode using Launchpad and then re-open the App Store to download a clean copy of the app. If you want to purge old simulators and SDK from ~/Library/Developer, do that now as well after making a backup of things just in case. 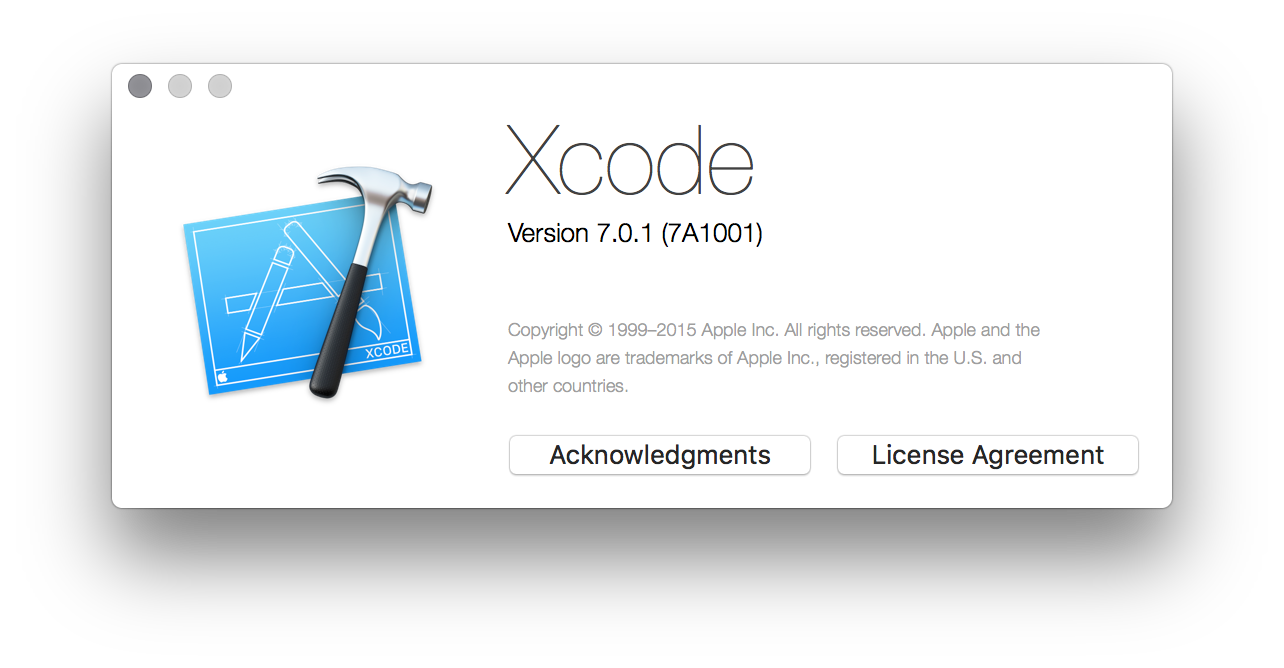 I had some issues with the beta versions of the app and deleting all traces of the app helped me with some document set download issues - perhaps your simulator issues are related to mixing versions between 6 and 7 too?

See my answer to a somewhat-similar question here. I have a feeling that it will solve your specific issue as well.

Not the answer you're looking for? Browse other questions tagged ios applications xcode mac-appstore software-update .

7
Why does Xcode still show up as an available update in App Store after being installed?
0
I uninstalled xcode 4.6 and the App Store still wants to update it
1
Prevent app from App Store update
0
Being asked to log into a different account to update Xcode?
0
Xcode 6.2 to 6.4 update failed
1
Xcode 7.0.1 Simulator Won't Launch?
1
Xcode 7.1.1 opens up as Xcode 7.0.1
1
XCode update is not being reflected