What does “-501 0D” mean when trying to run the Apple Hardware Test?

I have a late 2012 iMac running El Capitan which has become quite sluggish. I’ve tried a few software solutions, but I think it’s something wrong with the disk. (A lot of stuff is fine; anything that touches the disk starts crawling.) 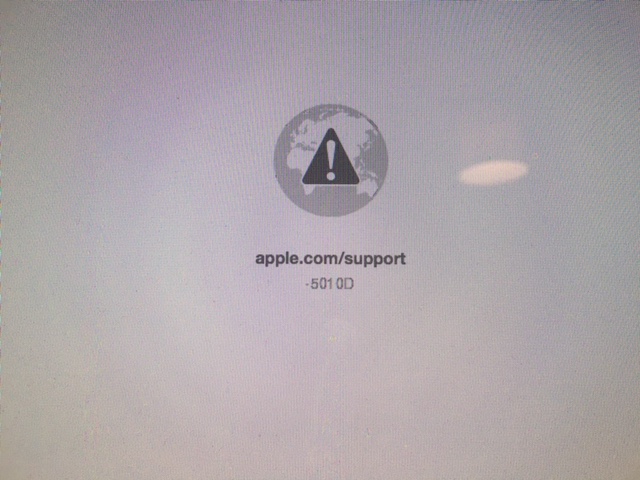 I’ve tried Googling this code, but I can’t find anything on what it means – mostly just some Apple Discussion Forums with other people asking about it.

Anybody here know the answer?

Brief follow-up note: it turns out this Mac did have hardware problems.

I took it to the Apple Store a few days after writing the original post, and their more thorough diagnostics discovered a problem with the disk (specifically, the hard drive portion of the Fusion Drive). I got the hard drive replaced under warranty, and after a year I haven‘t seen the symptoms again – I assume this was just an artefact of a failing disk.

Not the answer you're looking for? Browse other questions tagged apple-hardware-test .

0
White banding on iMac while logging in. What does it mean?