I have been experiencing an intermittent screen flickering/glitching. The problem occurs where I use, or leave the laptop on for several hours, until I let the laptop rest (i.e. shut it down and leave it off) for several days, then promptly starts again with a couple of hours of use.

The flickering/glitching affects the whole screen. I don't think the attached image does the problem much justice. The whole image on screen appears to shake, moving up and down, ghosting between two 'screens'. The problem started with faint horizontal lines across the screen and then escalated within a matter of hours.

I have taken the Macbook Pro into an Authorised Apple Service Provider who were unable to diagnose the fault with their diagnostic systems; as a result they weren't prepared to replace any hardware. The service provider has proved fruitless. Has anyone else had a similar experience? 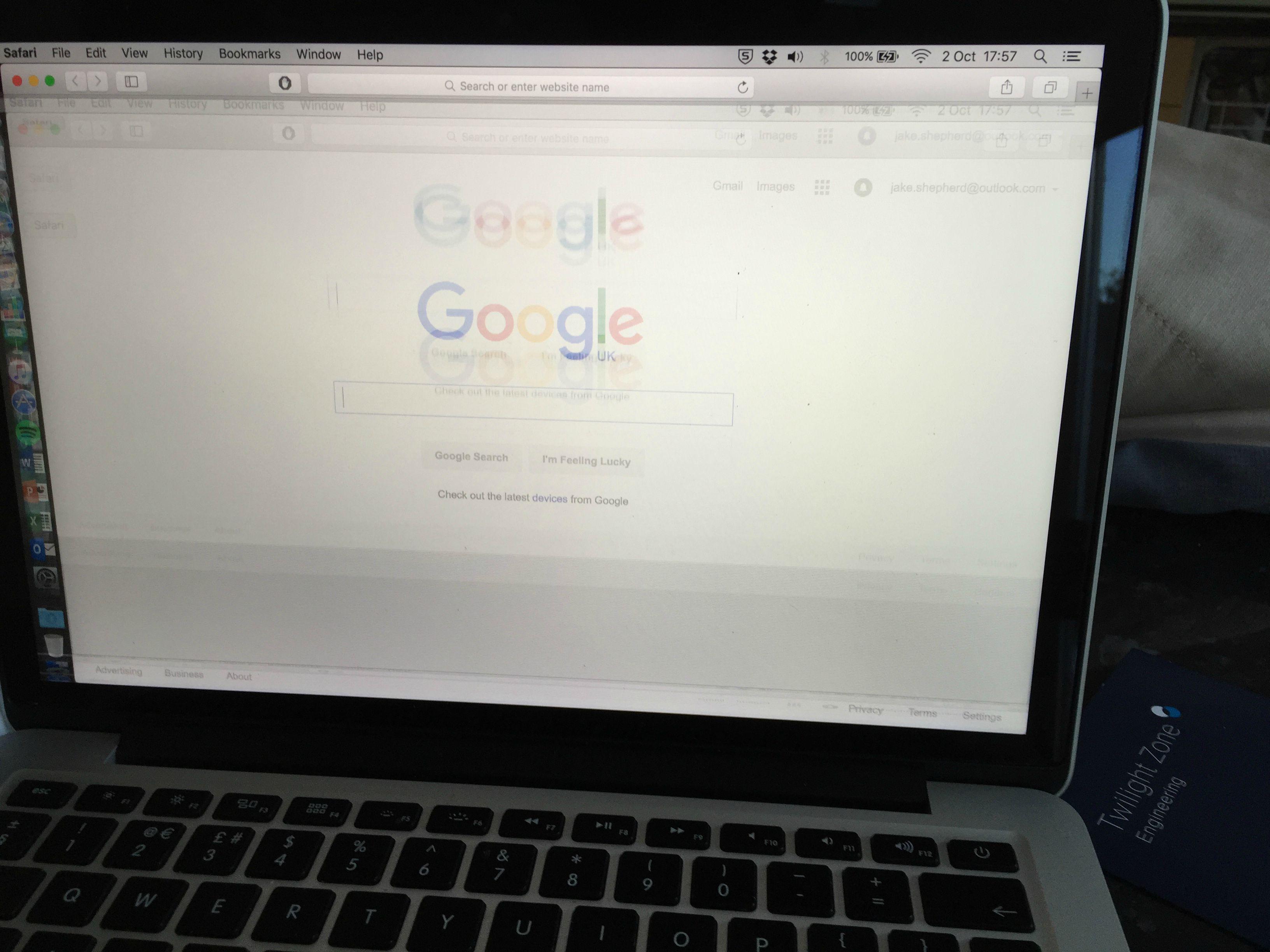 If possible, try using a second display (through Mini-DisplayPort or Thunderbolt).

The objective is to find if the issue is the LCD panel (Screen) or the GPU (Video Chip/"Card").

Have you noticed any other patterns, such as use of Safari or other apps? Some apps, upon opening, switch from basic "integrated" graphics, to the more powerful "discrete" graphics chip, and its possible that this change is causing the distortion.

EDIT: I should also note that service providers' diagnostics are unable to detect connection issues with the LCD panel (unless completely disconnected), so any tests they run will be inconclusive if its the LCD. LCD issues simply require visual inspection, and your photo should be sufficient proof. Source: Apple Employee/tech for 8+ years

I'm having the same (or similar) problem. You should give details of your Mac (yr, make, OS) and steps you took to fix it.

I would like to detail out the steps I took to try to identify & rectify the issue.

I have a mid 2010 13" MBP. All of a sudden a day back I noticed the screen started flickering and it's very difficult to make out stuff on the screen. I tried several things (after looking up on YouTube) but none worked (resetting SMC, NVRAM, reinstalling OS, restoring from Time Machine).

To give some details, the issue is across apps, screens although it's most observable on Firefox and even after turning its hardware acceleration off from its preferences, it's no better. On Safari, the display is still blotted but much better than Firefox and that's where I'm currently using the Mac.

I'm yet to plug onto another display (as I'd need an adapter for mini DP to HDMI) and I'd be updating once I do that.

I know this is an old machine and has probably run its time, but it still works great, especially I upgraded its battery & SSD about 2 months back (I already had upgraded the RAM to 8 GB & from HDD to SSD some 5 years back but SSD was only 130GB, and I added another SSD 250GB, 2 months back).

Update: I had learned to live with it & have been using the system for the last 3-4 days with the flickering/glitches (it's less on Safari, unusable on Firefox) and just now, all of a sudden, without me doing anything, it all became fine (didn't restart or anything, it just went from glitches to perfect)

Not the answer you're looking for? Browse other questions tagged macbook-pro hardware screen display .

9
diagnosing (likely) hardware fault on MBP 15'' (early 2011)
0
Macbook Pro Retina 15" (mid 2012) screen is glitching in specific situations
1
Replaced the cable. Now the screen doesn't work. What could it be?
0
Macbook Screen Graphics Glitching From One Frame To Another
3
How to prevent MacBook pro heating when using external monitor, which causes the internal monitor to flicker after hours of work
1
Why does a Macbook pro's internal screen flicker ONLY when it is on a GPU?