Changing the shortcut for highlighting text in Preview

How do I change the keyboard shortcut for highlighting text in Preview (OS X Yosemite)? By default it is Ctrl+Command+H, but I'd prefer a different combination (maybe Ctrl+E) as that’s easier to use. However, the following method does not work. How do I resolve this? 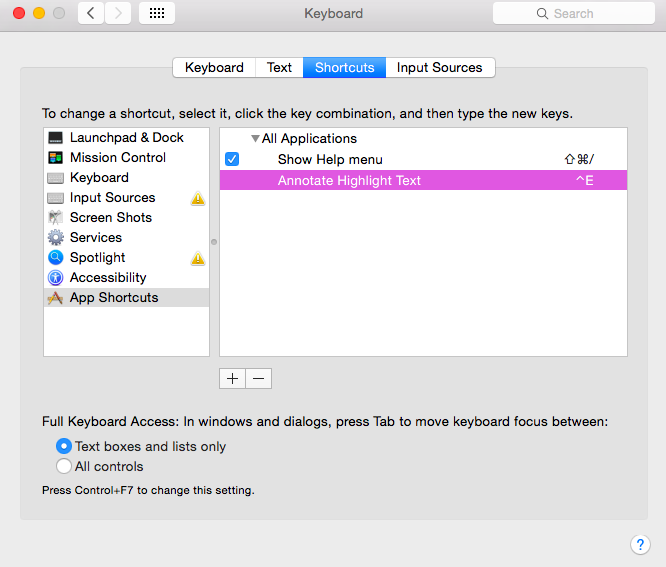 For nested menu items, separate the menu levels with -> without any spaces. You also have to include the top-level menu item. In this case that would be:

The error is that you've partly listed the hierarchy, though incorrectly. Normally, you don't need to specify the menu hierarchy at all - simply use 'Highlight Text' as your menu item.

You can use the hierarchy syntax, as mentioned in Arthur Hammer's answer - Tools->Annotate->Highlight Text - but unless there is potential for confusion, if the same command was present in two hierarchies, performing slightly different tasks, for instance, then there is no need.

Strangely, I cannot make any hotkey work if I specify that item for Preview only, as suggested in comments. Frankly, I have no idea why it would not work, as that would be the standard way to implement something like this.
Edit: This appears to have been a bug in that particular version of Preview & now works as expected.

The workaround appears to be what you almost had - to enter it as a system-wide hotkey, then it works just fine. 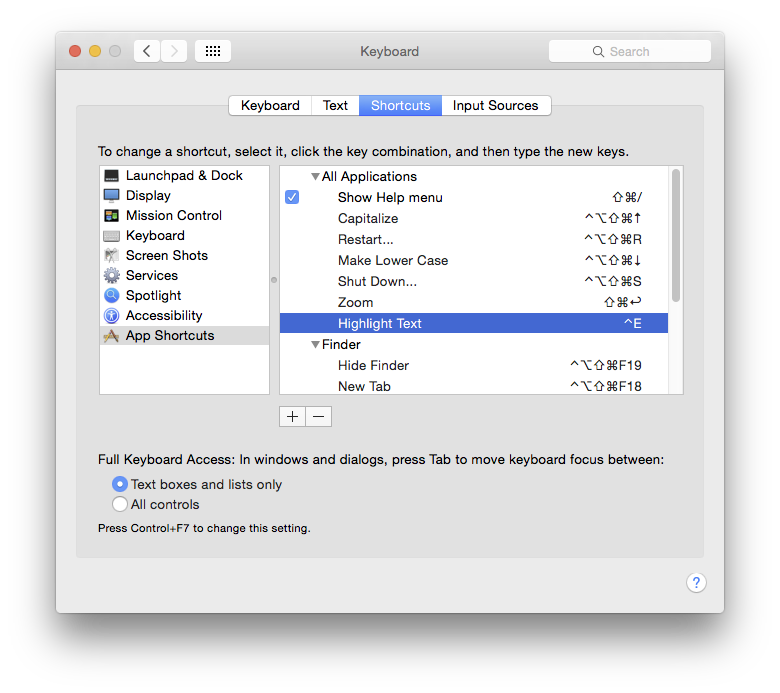 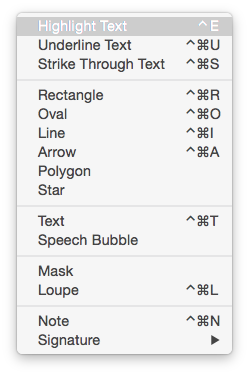 Not the answer you're looking for? Browse other questions tagged yosemite keyboard preview shortcut .