Why is "auto adjust brightness" washing out my retina display on El Capitan?

When I check and uncheck this System Preference "Automatically adjust brightness", my display gets slightly washed out instead of brighter or darker. It seems to be adjusting the gamma and the grays instead of the backlight brightness.

What's going on here and is it possible to restore the behavior of Yosemite and earlier with this option? 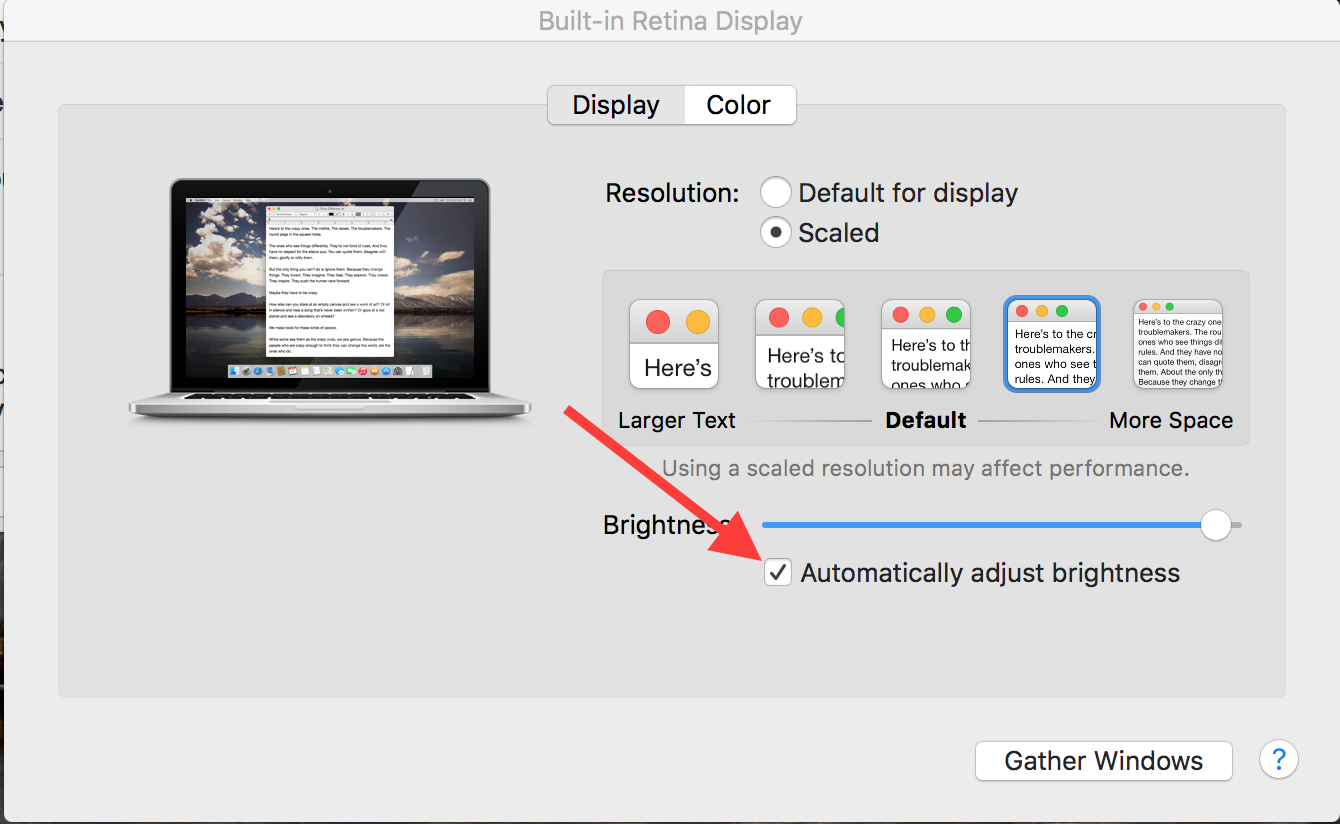 A sample of the gamma difference with setting enabled/disabled. 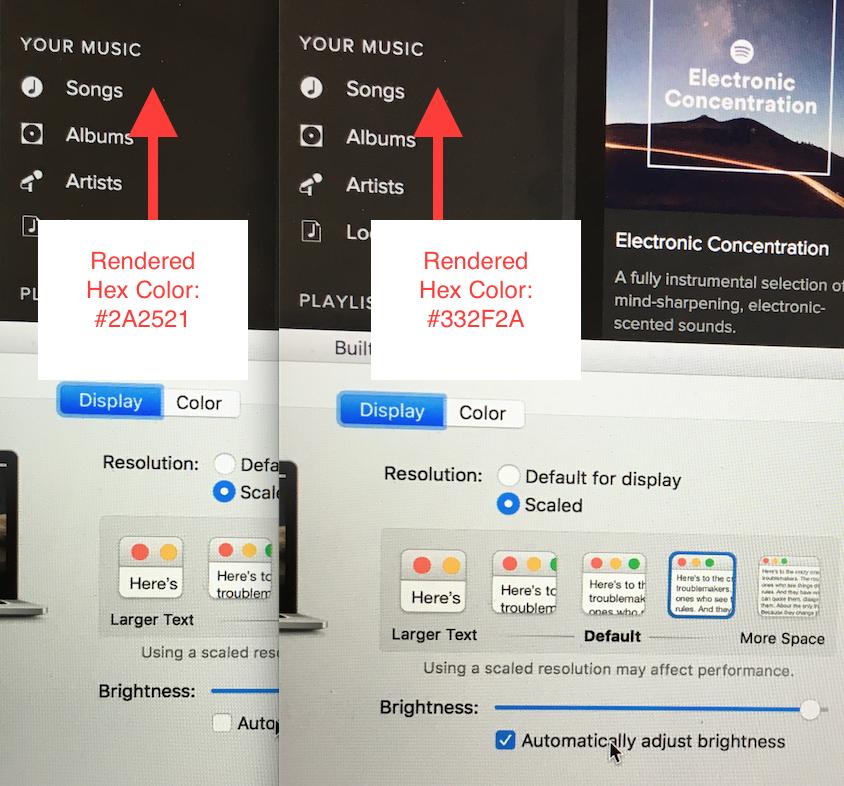 It is a new feature called ‘Ambient light compensation’. Before the Beta 7 or so it was a separate option in that menu on your screenshots, but in newer betas and in the finale release Apple merged it with the ‘Automatically adjust brightness’ checkbox, so yes, it is now adjusting not only backlight brightness, but gamma as well.

The only solution I found so far is to turn off that checkbox and adjust backlight brightness manually, which isn't a solution really. Hope Apple will bring back a separate checkbox for ambient light compensation.

The solution, posted as a comment by user Nicnl, is as follows:

Have you explored the ambient light sensor in the display next to the iSight camera? You can shade it, shine a light in it and clean the surface of the glass.

If it's not an environmental change, you might want to disable that option and reach out to Apple Support to see if it's a bug in this build or if you coincidentally have a hardware failure at the same time as you did the software upgrade. It's clearly not likely, but it's possible.

Not the answer you're looking for? Browse other questions tagged display macos .