How do I investigate my graphics card problem further?

I'm relatively new to OS X and I'm loving it. I've got a MBPr (15″ Late 2013 2.6HGz Core i7 Yosemite 10.10.5 16 GB 1600MHz DDR4 GT 750M, 2GB) that has been serving me brilliantly except for a very odd problem with my graphics card that exhibits strange behaviour when I plug it in to my 4K monitor. The problem is basically that in certain display configurations, and under certain loads, kernel task CPU usage will skyrocket to 400%. The problem disappears when I unplug my display.

Here's what a typical occurrence of this problem will look like 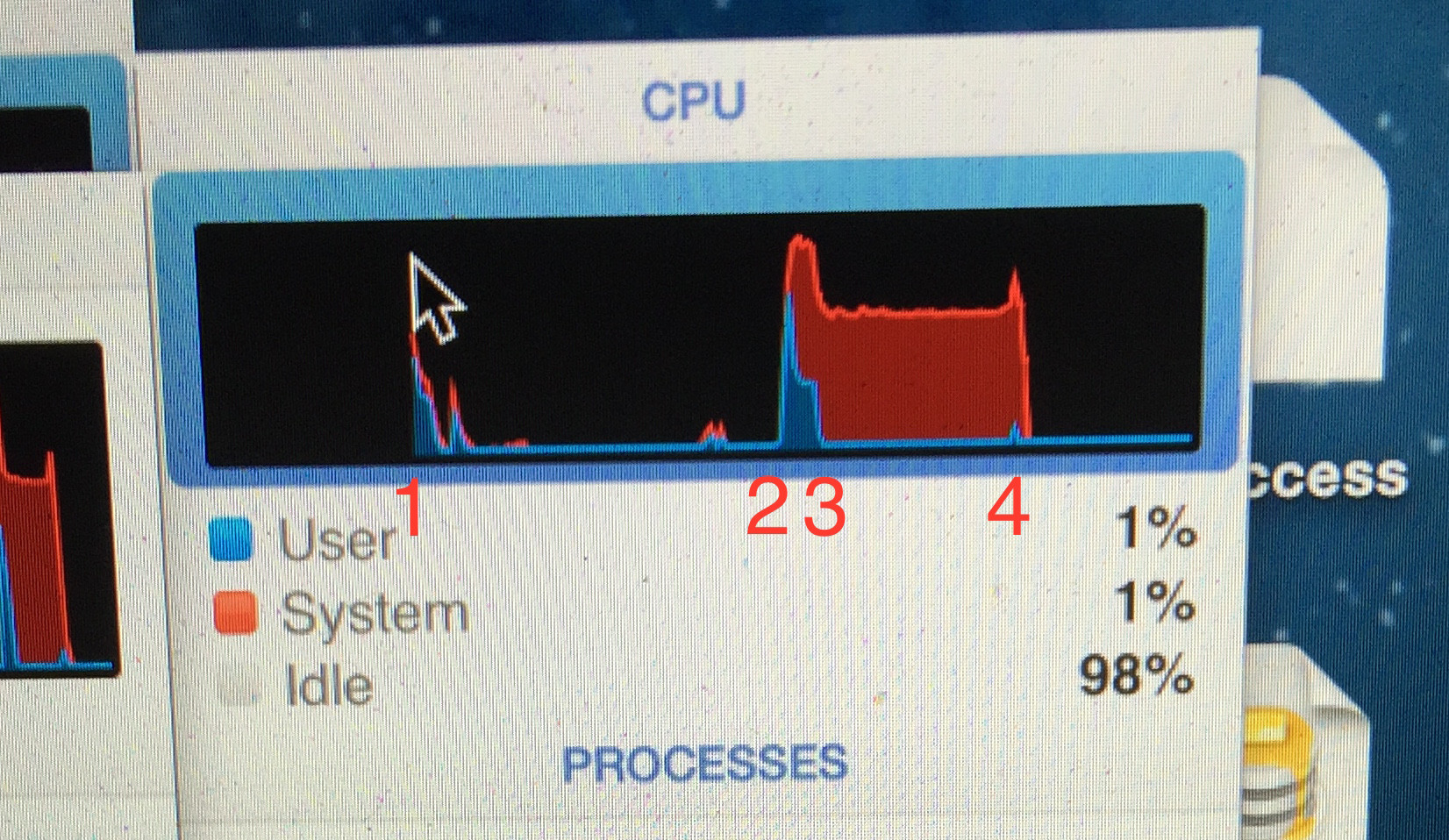 Load can be anything from yes > /dev/null & to playing netflix, but generally kernel task gets stuck on 400%, it stays there until i unplug the monitor making my computer unusable for intensive tasks.

Instead of asking someone on here to fix it, I'd like to get some tools that people use to diagnose this problem and try and fix it myself (unless someone on here knows the answer).

Although performance is much better on a fresh install, I could still replicate the problem eventually.

Here are some results of tests that I've performed. May not be that helpful but I'll include anyway.

When on 4K display switches to nvidia card then back to Intel card when unplugged When viewing native resolutions on both screens, simply editing a Google Drive spreadsheet can trigger kernel_task spike, problem goes away when unplug display and switch back to Intel Iris Pro.

When viewing native 4K on external monitor only, editing Google Drive spreadsheet seems to be ok.

Can be triggered when viewing “default” resolutions on both 4K and internal monitor and only using minor tasks    Scaling on MacBook Pro display, no scaling on 4K monitor, just browsing Safari, will get triggered, goes away when unplug monitor and plug back in.

Only seems to happen when CPU usage is elevated very quickly, seems to handle it by throttling the cpu if usage is increased slowly.     The whole time I’ve had this laptop I’ve experienced glitching artefacts while on the NVIDIA GPU.

kernel_task would spike in new user if logged in after old user, but not if new user is logged in on fresh boot. Possibly a config issue on old user.

I took my computer into the genius bar the other day and they cleaned out a bunch of dust, and haven't been able to reproduce this problem, which is pretty weird. It seems to be a problem that is activated by certain thermal conditions. Haven't seen anything weird in kernel logs, don't get kernel panics more than usual, nope, I've got a 750M.

Not the answer you're looking for? Browse other questions tagged macos display performance graphics .

6
Choosing native screen resolution aspect ratio when screen sharing
5
Other resolution (no scaling) in MacBook Pro retina
14
MacBook Pro Retina and 4k monitor (Samsung U28D590D) now showing "scaling options" in display
4
MBP Freeze + Graphics Card Problems
54
Scaling all UI elements when using an external monitor
4
How to get native resolution on Macbook Air external monitor?
0
How do I get my monitor to run at the correct resolution reliably?